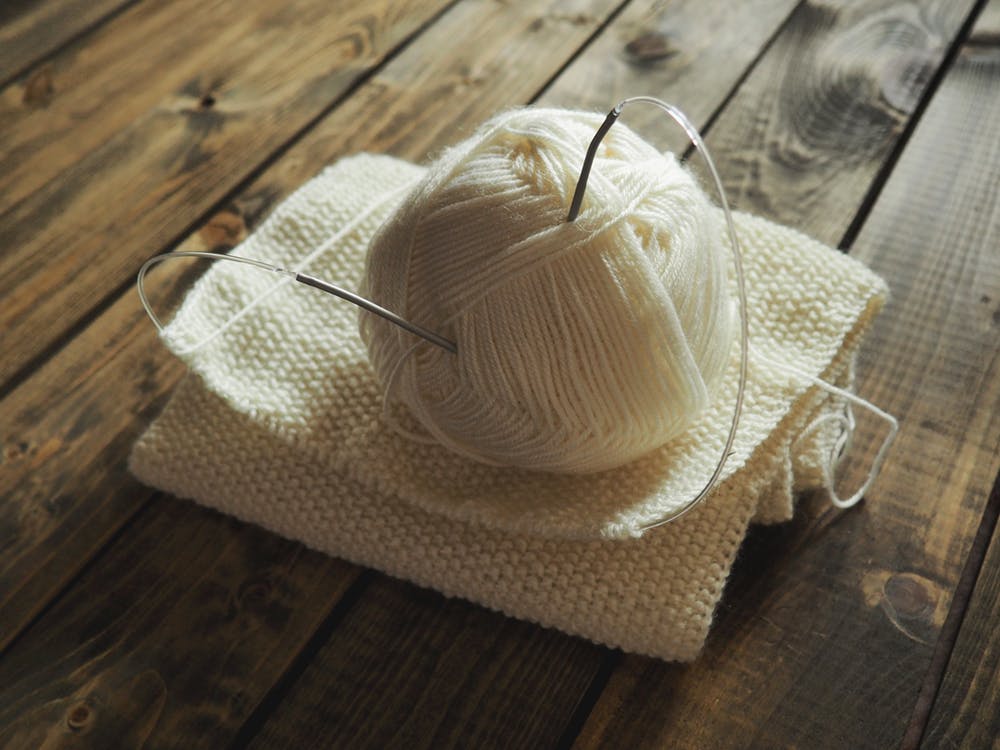 When you start at the media point you come across a world of possibilities. The quantity and quality of materials on the market is, as a little, overwhelming. Many of these tools that will be useful when weaving, and their use will be marked by the type of work that you prefer to weave.

Knitted needles are made with different materials, such as wood, plastic or metal. In ancient times they came to be made of bone or ivory, the most luxurious ones were made with tortoise shell, ivory and even walrus tusks. Nowadays, soft and soft materials are used that help the weaver to continue to work for many years, such as bamboo or casein, with great lightness and softness, while at the same time providing resistance and durability to your Needles.

The needles are the primary material we need to weave, if you are a beginner might only know the simplest needles for your practice; However, it is good to know that there is a wide variety of needles, each designed to facilitate the fabric and help you to get more and more difficult fabrics. Most of the needles are made of metal, which is excellent for their durability. They also have different types of tips, which will help you to make a fabric with more or less tension. But the main thing to keep in mind is the thickness of the needle, as this will allow you to make more or less tight stitches.

The thinnest measure is 1’25mm and the thickest 25mm in diameter. The thicker ones are made of plastic and bamboo or birch wood, materials that are very light and therefore suitable for the size of the needles.

The oldest knitting needles we have heard of are long rods with a blunt tip at each end, and it is believed that the two-pointed needles that we know today are derived from. These needles are especially used to weave small circumferences, such as socks, caps and sleeves. In this type of needles the points of the work are distributed between three or four needles, and one of the remaining needles is used to weave them.

Double needle needles are available in sets of 5 or 6 units, ranging from 1.50mm to 12mm in lengths of between 15mm and 22cm.

They are the most well-known and popular among weavers around the world. In fact, they are, next to the ball of yarn, the symbol of knitting, since it is related to the midpoint with long, pointed needles inserted on a large ball of yarn. They are two long and smooth needles, with a blunt tip at one end and a stop at the other, which prevents the stitches from coming out. They are manufactured mainly in wood and metal, and measure between 25 and 40cm in length, although you can find in the market needles up to 60cm long. These needles are great if you weave the British way.

They are the most recently created needles. They consist of two tips about 14cm long, joined together by a plastic or nylon cable. They are manufactured in various materials such as wood, metal or plastic. You can find them in thicknesses ranging from 2mm to 20mm, and in lengths ranging from 20 to 150cm from tip to tip of the needle, although in the shortest measures the tips are usually about 6 or 8 cm. There are interchangeable needle sets on the market, where you can choose the needle and cable size you need for each occasion.

These needles can be used as straight needles, with the advantage that the work is always collected in the cable. Being a flexible needle is easier to save, so you can avoid accidents as you get the points. They are also great for knitting seamless garments such as jerseys or dresses.

These needles are very similar to double-pointed needles and can even be replaced if required. They are manufactured in the same materials as conventional needles and are sold in units or in sets of two. They are used to leave points in waiting that later will be recovered and incorporated to the work to create designs, like when you weave braids.

It is always recommended to use an auxiliary needle slightly smaller than the needle with which you are need knitting machinery your work. It will help you when reincorporating these points to it.

They are basically sewing needles, only thicker and generally pointless. They are used mainly to join the different parts of a knit work and to finish the threads of the same.

Paving your driveway – can you do it yourself?

Protect Your Furniture When Moving House With These Tips

So You Want to Move to Montana? Read This Before Making...

Sambit Barua - October 21, 2020 0
Did you know that the average American will move approximately 11.7 times during their life?Moving can be incredibly stressful but also very rewarding, so...

So You Want to Move to Montana? Read This Before Making...