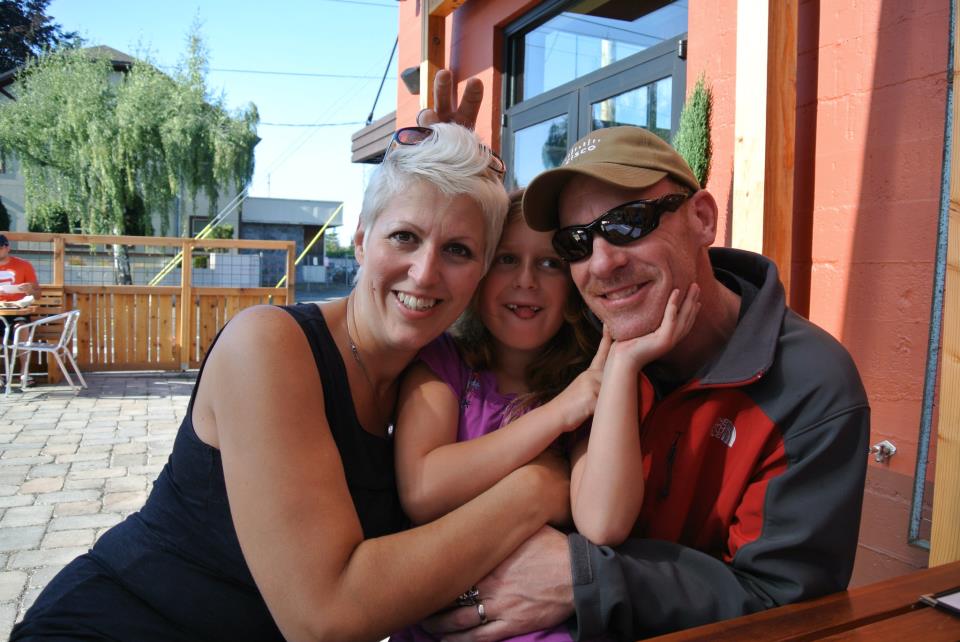 I have been honored to come across some very special people on my site. Heather is one of them. She is a Mom and has Mesothelioma. What is that you might ask? Well, it is a rare form of cancer that develops from cells of the mesothelium, the protective lining that covers many of the internal organs of the body. It kills 90-95% of those who have it. Heather is a survivor, 7 years strong. Take a minute to read her inspirational story. It will put your life in a whole new perspective.

My Fight with Cancer: How My Baby Saved My Life

Anytime someone asks my seven-year-old about my battle with cancer, she pipes up, “I saved my mommy’s life.” She’s said this so many times that it comes out automatically. It’s almost as though she were declaring her hunger, telling me she’s home from school or saying she’s ready to go somewhere. Some people may not take her declaration seriously, but I know it is true.

My husband, Cameron, and I had been married seven years before we considered starting a family. At the time, I was 35 and had some concerns about the implications of pregnancy at that age. I didn’t even know how long it might take to become pregnant. Three months later, I realized it didn’t take long at all. Yes, we were going to be parents! Inside me grew another human being. I was both excited and nervous. I had no idea what to expect, and I kept wondering what kind of mother I would be. In the end, all I cared about was being a good mom.

My pregnancy went more smoothly than I could possibly have imagined. In fact, I would have happily done it many times over. At delivery time, things got a bit difficult when the baby went breech. When I was informed that the doctor would perform an emergency C section, I joked, “At least her head will be round.” When I finally held Lily in my arms for the first time, I could not deny that she was absolutely perfect. I will never forget that moment and the wave of emotion that overcame me. I knew I would do everything in my power to protect her. I wanted to nurture her, coach her and teach her as she grew into a young woman. In that perfect moment, I could never have imagined the darkness that lay just ahead.

Fewer than four months later, my world came crumbling down around me when I received a diagnosis of malignant pleural mesothelioma. Without immediate treatment, my doctor told me I had less than 15 months left to live. As the doctor explained our options, I sat in shock, unable to think beyond the horror of what might happen to Lily and Cameron if I died. My husband jumped to my rescue by announcing that we would go to Boston for the most aggressive treatment options available. There I would be treated by a leading mesothelioma physician and undergo a radical surgery that included the removal of my left lung as well as the lining of my heart and diaphragm.

We went to Boston as scheduled while our baby girl left for South Dakota with my parents where she would stay during my surgery and recovery. After my surgery, I spent 18 days recuperating at the hospital, followed by two weeks in an outpatient facility there in Boston. Because of this, I missed the entire sixth month of Lily’s life, but I did it in order to save my own. Without that sacrifice, my baby would have to grow up without a mother.

After that month, I was able to join Lily in South Dakota, where I stayed and convalesced for the next two months. Then Lily and I rejoined Cameron in our home in Minnesota. There I underwent further cancer treatment including chemotherapy and radiation.

The decisions I had to make during this time were difficult. It was especially difficult to spend so much time away from my baby daughter, but like any loving mother, I made those tough decisions for Lily’s sake. I knew she needed her mother to survive.

Mesothelioma brings with it a grim prognosis. Nearly 95 percent of its victims do not survive, but I knew that someone needed to be a part of the surviving five percent. Lily became my reason to overcome. Today, when my little Lily announces, “I saved my mommy’s life.” I know that her statement couldn’t be more true.

Places ToVisit in Kathmandu: Have A Peaceful and Safe Trip

Benefits of LED to world

How to Avoid Sewage Backup In Your Basement

mindmingles - September 28, 2021 0
Water damage can be a problematic situation for you in many ways. For most parts, it is worse when it enters your home and...

How to Avoid Sewage Backup In Your Basement