Most people out there only think of a bike as something to hop on and drive to the store or go to the park with. So, it is understandable that seeing some of the different bikes at bike stores can be a little confusing. For a person looking for a new bike, choosing one that fits their needs is important and they don’t want to end up with a bicycle that they can’t really use. So, here we will look at two of the bikes that people see around bicycle stores, but aren’t aware of exactly what they’re used for. You can also visit Epic Bicycles for tips on choosing your first bike. To find out more about Bikes, OutdoorLabwithJ gives a great guide on History of the Bicycle.

First, realize that a regular bike is specifically designed for use in more urban areas. What does that mean? It means that the type of bike you see most people riding is meant to be ridden on pavement or concrete. They’re not meant to be taken out into the woods.

So, which ones are? The mountain bike is among the most common bikes seen in bicycle shops and are meant for use outside of the city, although many people still use them in urban areas, as well. The mountain bike is more of a general term for a few different kinds of off-road bicycles.

The Trail Bike is the standard design for mountain bikes and is good for climbing up one side of a hill and down the other side. They are built for stability and speed. Overall, its name is what it does: these bikes are supposed to be able to easily traverse any trail.

See also  What benefits can you expect from e-gift cards? Here's a quick list!

The Cross-Country Bike is meant for speed. These sleek bicycles are of a lighter weight, allowing them to hit higher speeds. This is the type of bike that more competitive racers tend to use, as well. The primary user of a cross-country bike is a person looking for traversing long distances.

All-Mountain Bikes are harder on the legs and are meant for performing well on both steep ascents and descents. These are more of the workhorse of mountain bikes and are built to handle just about anything one can encounter when it comes to off-road biking.

Also Read: Can Choosing the Wrong Bicycle Effect Your Health?

The Fat Bike is considered to be a subset of the mountain bike. The reason why they’re called fat bikes is because of the wheels that these bicycles mount. The tires on these bikes are pretty hard to miss! They usually measure between three point seven and five inches in width.

Why would someone need a tire that wide on a bike? There are distinct advantages to those fat tires. They give great traction in areas where the terrain tends to be more slippery or rough. That means that these bikes are great for biking on sand, gravel, or even snow. There are some who think of this as a beginner bike, but they are viewed as a general option for serious bikers, as well.

The fat bike goes all the way back to the early twentieth century, but they weren’t considered to be the type of bike that is seen today. The version that people see now actually didn’t come around until the nineteen eighties. The original fat bikes were created specifically for certain terrains like snow and sand. These types of mountain bikes are used most often in North America, specifically in more western provinces and states.

See also  The top 5 spending trends you should know about

Now that the difference between these bikes has been established the question becomes where would a person find these specialized bicycles? Mountain bikes can be ordered online, or one can also find them at bicycle stores across the country. Now, it is true that many department stores have a bicycle department, but these involve a limited number of bikes and are meant to serve urban needs as opposed to off-road ones. These bike departments within larger stores are also serviced by regular employees who don’t have an in-depth knowledge of bicycles.

The advantage of an actual, dedicated bicycle store is that they’ll have just about every bicycle known to man available either on the sales floor or by catalogue. This gives a person the advantage of being able to pick exactly what they want, and they can usually customize their bikes at bicycle stores as well. That’s something that usually can’t be done at department stores.

The other advantage of shopping at a bicycle store is that the people that are hired to work there are specifically employed because they have a background of expertise in bikes. The employees at bicycle stores are usually bike enthusiasts themselves and are able to answer a host of questions on the subject.

For these reasons, it always best to talk to a representative at a bicycle store when choosing an off-road bike. Knowing the difference between all of these different kinds of mountain bikes is a great start, though! 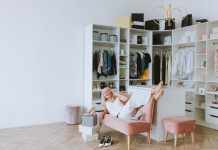 How Long Does Shein Take to Deliver to Different Places

Things to Get on Christmas: Best Gifts for the Festive Season

Choosing The Best Ring For Your Significant Other

Cooling Your Home: Essential Energy-Efficient Renovations You Can Make