Toddlers can be the most adorable in their parents’ eyes, but admittedly, they can also be quite a handful.  One of the main challenges in raising children is ensuring their safety and well-being.  What better way to initialize this task than by keeping your home, particularly his bedroom safe and toddler-proof.

Unfortunately, kids may acquire unintentional injuries, even in the comforts of their room.  According to a study of children aged seven years and below, seemingly harmless objects can pose a threat to their safety such as a baby walker.  The challenge is likely at its peak as you being to make the transition from crib to a bed or a toddler bed as it is at this time they will be exposed to a new set of dangers.

Without parental supervision and careful planning of the home environment, toddlers are inadvertently exposed to risks, which under the worst case scenario, have led to death in several instances.

Thankfully, we as parents can do something about it, although sometimes we become confused with which strategy to use and when.  At least that’s what one scientific research on methods parents use to ensure child safety has concluded.  While parents know how to mitigate the risks before they even present themselves, often this is not enough to reinforce them to implement it given their circumstances.

With implementation setbacks, we have come up with simple yet practical steps on toddler-proofing a bedroom, may it be an independent or shared one.  By going through the items typically found in the bedroom, you will learn how to prevent them from being hazardous to your little one.

Cribs can still be used by growing toddlers until they are ready for a normal bed.  However, a study on unsafe sleeping environments states that cribs have caused injuries to almost 200,000 children in the last 18 years.

It is important for the spacing of the crib slats to have enough gap so that the arms, legs, and head of your hyperactive toddler won’t get stuck if he accidentally slips into one of them.

There are two things you should note about having furniture in the bedroom of a toddler.  One is to avoid furniture that’s likely to tip over.

Remember that a curious child will likely push, tug and climb on any structure he lays his eyes on.  They can make a ladder out of anything such as shelves to get to the object that piques their interest.

To solve this, go for furniture such as a dresser that can be anchored to the wall.  You should also install versatile locking straps to keep your drawers closed.

Second thing is those sharp corners.  These are dangerous.  What you can do is to cover such edges with foam cushioning to avoid cuts and bruises on your ultra-energetic tot.

When you have a window that’s low to the ground, it has to have a window guard according to Alison Rhodes, a childproofing expert.  Or at least, it should only open up to three inches, which can only fit your fist at most.

Rhodes also suggests removing the crank for casement-type windows.  The use of a compatible window stop for vinyl windows to limit its opening is highly recommended as well.  According to the Centers for Disease Control and Prevention or CDC, about 2,000 children die annually as a result of home injuries.  As such, a safety netting would be a good addition to your toddler proofing arsenal to prevent accidental falling over a deck or balcony.

If you are showering your kid with toys, they have to be age-appropriate and non-toxic.  Those that are made of fabric should be flame-resistant.  Crayons, on the other hand, should have an ASTM D-4236 compliance.

US Consumer Product Safety Commission approximates over 200,000 children were rushed to hospital ERs because of toy-related injuries.  It is strongly recommended to throw away rusted and broken toys if you can’t have them repaired or replaced.  Use no-lid toy boxes to avoid mistakenly closing in with a child’s finger, arm, or head.

If a lid is preferred, opt for the plastic kind which won’t be heavy to hurt a child in case it falls on any of his body parts.  Teaching him to keep his toys after playing with them will avoid cluttering the room and turning them into trip hazards.

It is a must to get at least one of these items such as an outlet plug, sliding cover, and box outlet cover for your electrical outlets.

In the case of an outlet plug, it should be big enough for your child to choke on.  Buying one in a plain color will also help because it won’t attract your child’s attention to it.  As for your power cords, you should use a plastic rail to prevent your tot from pulling and biting into them.

Honeycomb blinds or shades that are lowered and raised without a corded pull will be a safe option for the bedroom window.

Strangulation from cords has caused deaths of hundreds of children, according to the Consumer Product Safety Commission or CPSC.  As such, pull cords are now required to have a solid piece at its end for safety.

You should remove choking hazards and other items that are accidents-waiting-to-happen lying across the room which your kid can easily fall victim to.  Such items include ribbons, carpet, latex balloons, plastic bags, glass, porcelain piggy banks, etc.

As a rule of thumb, anything that can fit a tissue paper cardboard roll is a choking hazard.  Keeping the room tidy at all times can help avert a disaster.

Using pillows specifically for toddlers instead of regular pillows designed for his proportions will make for a restful sleep and provide the appropriate support.  Meanwhile, wearable blankets can be an alternative to small blankets to keep kids warm during the winter season without the unintentional suffocation.

Fitting round door levers with doorknob covers with locks will deter a child from accessing entry or exit through his bedroom door.  They can prevent injuries from wandering toddlers and help in keeping them out of the room unattended.

Using these tools in the bedroom will add safety measures to keep your kid out of harm’s way.  Carbon monoxide leakage is dangerous – you can’t tell its presence because it’s odorless yet very toxic.  Also, don’t forget to change the batteries of these detectors so they will serve their purpose without fail.

See also  How To Choose A Removal Company 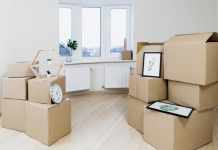 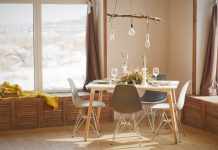 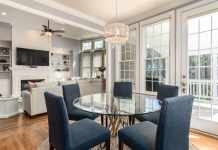 How to Organise your Perfect Honeymoon in 4 steps 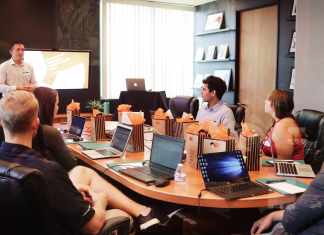 How To Get To Know Your Customers Better

mindmingles - July 28, 2021 0
The key to getting conversions is truly understanding your customers and what their needs and wants are. You might think you know what your...

How To Get To Know Your Customers Better