Home For the Home Kitchen Electric vs Gas Stove: Which Should You Choose for Your Kitchen Remodel? 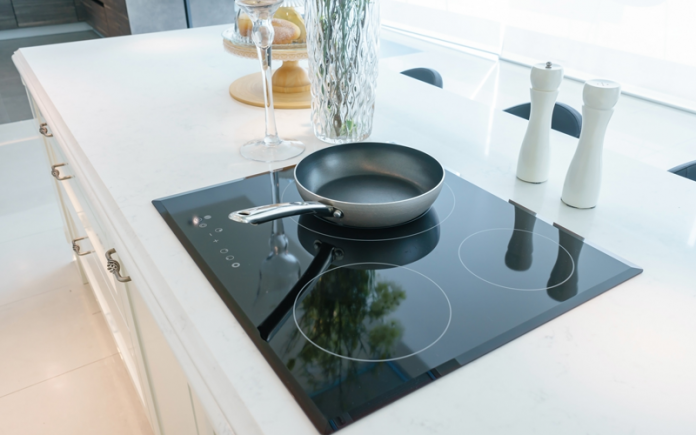 If you’re in the midst of a kitchen remodel, you may be thinking about replacing your stove. If you’ve had your stove for 13 years or more, it’s probably time to get a new one.

If you’re considering replacing your stove, there’s an age-old dispute to resolve between electric vs gas stove. It’s a question that involves several others. Which one is better for your home? What does a better job at cooking?

If you’re wondering about questions like these and just want some answers, then look no further! In this article, we’ll discuss the differences between these two stoves and their pros and cons. That way, you should have a clear idea of what’s best for your home. Read on to learn more!

When people think about getting gas or electric stoves, they often wonder what exactly is the difference. Sure, one may run off of gas power and the other electric, but what does that mean in practice?

Gas stoves are an older model of stove that runs on gas-powered heat and flames. Their flame heating options make gas stoves versatile, offering a range of techniques for aspiring cooks to try. These stoves boast a certain precision as well that their electric counterparts don’t usually achieve.

Pros and Cons of a Gas Stove

We’ve briefly touched on what exactly a gas stove is. We’ll break down the specific factors you should consider before you buy a gas stove.

As we said in the section above, gas stoves offer several options that create more intricate cooking opportunities. For instance, it would be much easier to cook a personal pizza from scratch using a flame-powered gas stove.

In many cases, gas stoves are easier on the budget than electric stoves. The average price range of a gas stove usually starts around $460 and ends near $2300. Electric stoves, however, can cost up to $2800.

This means that the most expensive gas stoves potentially save $500 or more compared to their electric counterparts. Operating costs also tend to be cheaper, though these costs vary from state to state.

Gas stoves respond almost immediately to any change you make in the temperature settings. This responsiveness makes them perfect for adept cooking.

Electric stoves, however, are slower in this regard. It takes longer for these stoves to respond to temperature changes, making them less precise.

The primary trouble with gas stoves is that they require scrupulous cleaning. This cleaning is time-consuming and frustrating, particularly for households that cook frequently.

The other problem with gas stoves is that they run on natural gas, which houses can only access through an in-ground line. This isn’t a problem for most neighborhoods. However, if you live in a more remote area, getting an in-ground line is tedious.

Pros and Cons of an Electric Stove

We’ve discussed the several advantages and disadvantages of a gas stove. While gas stoves do have some advantages over electric stoves, don’t rule these out for your luxury kitchen remodel!

An electric stove is virtually always more energy efficient than a gas stove. Natural gas is a fossil fuel, which most industries encourage you to move away from. Electric stoves provide you an efficient alternative to that natural gas power.

For all the fancy techniques that gas stoves may offer, there is always a danger that comes with it. While gas stoves cover their flames with an iron grate, any use of open flames risks a fire spreading.

Gas lines also bring a potential risk, as these lines can leak. Gas leaks in the home can lead to carbon monoxide poisoning, which can become fatal.

While electric stoves are not fireproof, they are far safer than gas stoves in this regard. Because they do not use any open flames, electric stoves avoid the risk of flammable objects getting too close and catching fire.

Moreover, since electric stoves don’t use gas lines, they avoid the threat of gas leaks.

When we say the electric stove is easier to clean than its gas competitors, there’s some nuance required. If you have an old-school electric stove with grate burners on it, then these are tricky to clean as well.

However, many more modern electric stoves escape this difficulty through either a smooth glass or ceramic stovetop. These stoves label their burners with clearly marked circles that concentrate the electricity into the pot.

As we’ve discussed with gas stoves, electric burners have some downsides. Since they don’t have any open flames, they lose some versatility and precision that make gas stoves so appealing to many.

Additionally, gas is cheaper than electricity. As such, gas stoves do save more money than electric stoves. If you are on a tighter budget, it may be worth your while to stick with a gas-powered option.

The question now is what to choose. To make that decision, figure out which of these options appeals more to you. Next, check out different models to see what advantages they provide and what people review well.

We hope you found this article helpful! For more content like this, check out our other articles!

How Can Cast Iron Skillet Redefine Your Cooking Skills

FIVE WAYS TO ADD TEXTURE TO YOUR KITCHEN

12 best camping Recipes that you can make on a trip

mindmingles - August 3, 2021 0
Are you planning an outdoor trip? Looking for some mouthwatering food recipes that are easy to cook? When you go out for a trip,...

12 best camping Recipes that you can make on a trip