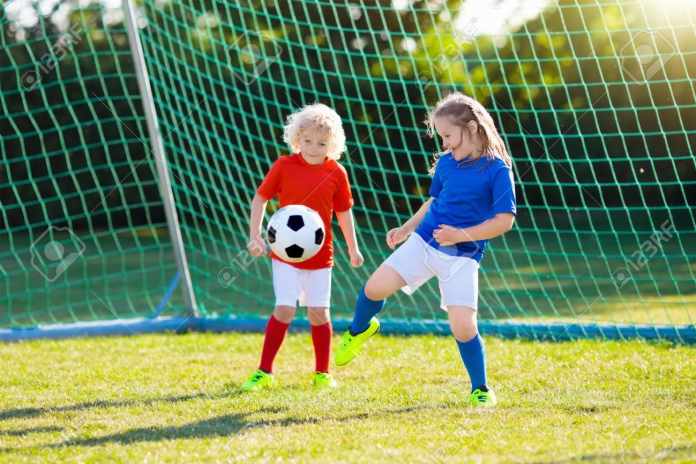 Wondering if you should let your kid play football can be a difficult decision. You may be extremely hesitant because you understand there are concussion risks for kids who play the sport. For example, one study identified 17 players who experienced brain changes after just one football season at just one school. Combined with the potential for other bodily injuries and it’s easy to see why so many parents tell their kids no when they ask to play football.

Just don’t say no without first knowing some of the reasons why you should say yes! Here are a few reasons why you might want to think about letting your kid play football after all.

The Game Is Safer Than Ever Before

It’s true that concussions are a possibility when kids play football. However, they are a lot less likely today than they were a decade ago. That’s because we know more about what causes concussions, we can identify a concussion more accurately, and there are things the sport actively does to prevent them.

Football today is safer than it has ever been before. A few of the safety precautions in place today include:

Before letting your kid join the team, make sure the coach practices safe football training techniques and encourages safe play. That means limiting the amount of contact made during practice, requiring players to stretch before and after practice, and insisting that all players wear the proper gear at all times. When you take the time to do the research on your kid’s team, it will bring you greater peace of mind that your child is playing safely.

It’s a Good Form of Exercise

It’s getting harder and harder for children to get exercise these days. With video games, tablets, and cell phones, many kids whittle away the hours looking at a screen instead of moving their bodies.

Playing a sport, like football, can help. It encourages kids to get out of the house and move their bodies almost every day. With the proper stretching, warmup, and cool down exercises, it also teaches them how to exercise the right way. It has the added benefit of encouraging kids to get outside too.

Regular exercise can keep your kids healthy, but it can also boost their mental health. Getting regular exercise and spending time outside can help kids feel happier.

Making friends isn’t always easy. That’s partially because just going to class isn’t enough. Kids have to have chances to interact and play with each other, which is where sports come in!

When playing football, your child will hang out with the same kids over and over again. Repeated exposure provides the perfect stage for kids to make friends. Add in the fact that they have a shared goal and similar experiences to talk to their peers about and you’ll find that your once shy kid has more friends than ever before.

See also  Here for the Laughs: 10 of the Best Comedians to Watch Right Now

Experience and Deal With Both Victory and Defeat

There are few things more fulfilling than experiencing victory. Playing football gives kids the chance to feel this powerful emotion! Once experienced, it can encourage your child to strive to repeat the feeling on the field, but it can also empower them to experience success in the classroom too.

Equally as important is football’s ability to make your kid face defeat. Although losing is something most kids and adults would rather avoid, it actually helps raise children with more grit. It gives your child the opportunity to work through difficult emotions so they are easier to work through later as an adult, it can encourage them to work harder, and it can make winning feel more special. Not to mention, it helps them develop good sportsmanship!

It Can Keep Your Kid Busy

Kids misbehave for some interesting reasons. Younger kids may misbehave because they feel like they aren’t getting enough attention from adults, while older kids may act out simply because they’re looking for something to do. Keeping your kid busy with football can help!

By playing on a team, your kid can get the attention they need from both their peers and their coach. It also gives them something to do after school, reducing the chances that they will find themselves in trouble.

It can also help keep them involved after football season is over. Not only will your child have new friends they want to spend time with throughout the winter and spring months, many players are encouraged to play other sports in preparation for the next football season. You may find that not only does your child want to play football, they want to get involved in swimming, track, or wrestling too!

Although many of these points may convince you to give your kid a chance on the field, they may not encourage your child to play the game if they’re on the fence. It’s important to focus on the fact that it’s just a lot of fun!

At its core, football is a game that kids get to play with their friends. It gives them something to do on Friday nights in the fall, it can be a lot of fun to participate in rivalries with other schools, and it can unlock other fun opportunities in the future. Not to mention the excitement many players get ahead of the big game!

It’s important to be cautious if your child expresses interest in playing football, or if you’re wondering if it’s the right sport to recommend to your bored kid. Weigh the risks of concussions and injury very carefully, but don’t forget to think about the positive aspects of playing the game too! When approached with caution, football can be a fun and safe sport for your kid to play.