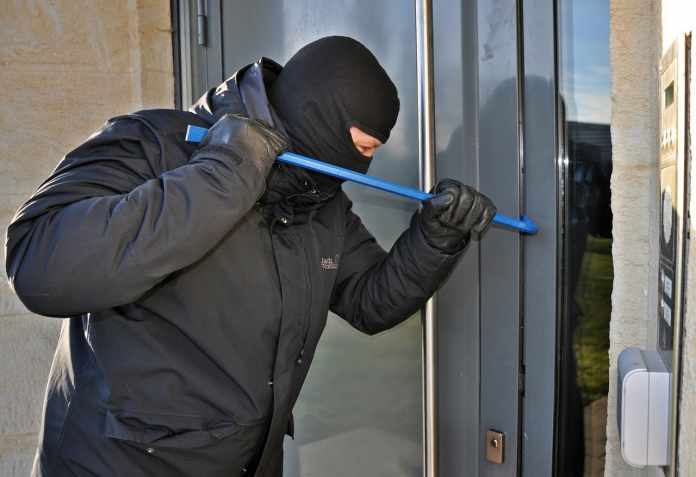 We were led to believe that most house break-ins happen during the night. As far as statistics are concerned, it is a pure myth propagated in books and movies, however, securing your home is also important. Most burglaries occur during the day, from 10 a.m to 3 p.m. That is when most of the homes are empty, adults are working, and children are at school.

Burglars, to minimize the chances of getting caught, choose houses with no security and hit when nobody is home. Unlike popular beliefs, robbers will try very hard to avoid any confrontation with owners. This is essential information when you planning for securing your home.

Ever since private property was established, people tended to block uninvited guests. Building fences, installing locks in the doors, owning guard animals, and hiring guards were the main ways. Those technologies and tactics are still around.

Mechanical locks come in many shapes and sizes; there are plenty of mechanisms to choose from. One experienced locksmith has done several tests to determine what are the best options for securing your home. When he tested doorknobs and door bolts, he discovered that the latter is more reliable. Lock both locks while the door is open, and try to push back the latch. Doorknobs latches are relatively easy to push back, that’s why they can be unlocked with a simple credit card.

Fences physical berries that will notify the border of someone’s property and stop some of the intruders. In the case of animal intruders, they are handy, but humans outsmart the fence. Enclosed backyards with nontransparent are the worst security risk. In one Reddit AMA (ask me anything) thread, the former burglar explained precisely why. Because when no one is at home, the only one who can see the burglar is the neighbors. These kinds of fences block the view of the neighbors and shield the intruder.

The most common guard animals are dogs. The relationship between dogs and humans began long ago (est. 15.000 to 30.000 years ago). Since then, they are guarding people’s property became part of the instinct of the dogs. As we learn from the before-mentioned burglar interview, the smaller dogs have been proven more efficient than the big dogs. The big dogs are much more robust, and they are usually trained to be tame (not to harm owners or innocent strangers). Because of their mild nature, they are also easily bribed with different treats. The real enemy is smaller dogs because they bark a lot, even when bribed. So their barking becomes like a natural alarm.

See also  How Can You Recognise the Signs of Asbestos in Your Home?


All the traditional ways of securing your home and property are still useful but not enough.
As security technology becomes more and more advanced, the tech used to counter those defenses keeps up. The standard home security system is comprised of a central unite and peripheral devices. Those devices can include sensors on the doors and windows, motion sensors, cameras, automatic locks, or lights. They all send information to the central unite, which is, in most cases, a control panel also.

Sensors are set on all entryways. They can detect the smallest disturbances and distinguish whether they are a real threat. Strong wind shaking the window will not trigger it, but a brick through a window will. These sensors can be accompanied by security cameras that are streamed. So when the automated system is not sure if the threat is real, you or the security company employees can check the risk visually.

Motion detectors can be placed on strategical locations. They can monitor specific pathways around the house or can be installed in individual rooms with valuables.


Stickers from the security company that can be placed in front of the house or on the windows inform people that the house has a security system. It may seem insignificant, but in practice, they have been proven to be very useful. Like we said at the begging of this article, the perpetrators will quickly turn away if they encounter any additional risk, and the security system is surly one.

Not all threats to your security come from outside threats. In some cases, medical alarms are needed. If your household has a member that is elderly with a chronic condition or is a person with special needs, you should think about medical alert systems. These types of systems can detect if someone falls and automatically alert the emergency center.  Usually, it is a device that can be worn as a necklace or a bracelet. It can be connected to a smartwatch that can monitor the specific medical condition. A person wearing this device can get in touch with an emergency center with the click of a button. Type of emergency doesn’t have to be medical. It can be fire or some other kind of hazardous situation. Since this is a new technology, you should stay updated on further developments to make sure you buy the best medical alert systems.

Can Women Stay Safe in Siege?

How to Keep Your Kids Safe Online