If you’re someone who is familiar with the benefits that can come from essential oils usage, chances are good you’re also familiar with the company Young Living. The Utah-based essential oils company has earned a sterling reputation in its field by producing some of the highest-quality oils in the world. However, what you may not know is the specifics of how the company partners with people and communities around the globe to keep its standards high and to ensure it can pass on the fruits of its success. Read on for a closer look at this process to better understand the dealings of one of the leaders in this space.

Though Young Living has grown into a top provider of essential oils and related products, that vaunted status wasn’t always the case. Looking to the company’s modest beginnings not only helps to give a better picture of how it was formed, it also helps to explain the emphasis it places on giving back to others.

Those beginnings can be traced back to 1993 when the company’s founders, D. Gary Young and Mary Young first began producing their own essential oils. At that time, the venture wasn’t intended to be a business, it was a way for the couple to create a reliable supply of essential oils for their personal usage. However, their operations soon proved to be quite effective at producing oils above the quality that was widely available at that time and the couple eventually decided to expand their work into a formal business endeavor.

One of the first actions undertaken by the company was to purchase land in Idaho and Utah for use in plant cultivation. Early plants cultivated in this way included melissa, clary sage, and lavender. On the back of that expanded cultivation operation, the company was able to build a distillery that would become the largest of its kind in North America. Using these expanded capacities, the company would find an increased ability to make good on its mission statement — “To enhance and empower lives around the world by sharing the unique benefits of nature’s living energy–essential oils.”

See also  How To Know Whether To Repair, Patch, or Replace Your Roof

The company’s focus on enhancing lives around the world has helped lead it to its work with a large number of global farming partners. Perhaps owing to its roots as a small farming operation itself, the company has shown a strong commitment to work with local farmers across the planet to not only ensure high-quality products, but to also bring the benefit of its experience in the field to others. Partnerships with these farms come with valuable instruction and resources to help farmers expand their own operations and to provide for the conscientious treatment of farmland, people, and natural habitats.

The company’s farming partners are located on every continent, apart from Antarctica, and represent a diverse representation of the global population. These farmers are able to harvest crops suited to their area in order to provide the company with the highest quality sources of plant materials. An example of this comes from the company’s partners in Oman, from where the company sources its frankincense. The country’s Dhofar Mountains provide a prime environment for the frankincense trees to grow, which has helped contribute to thousands of years of traditional harvesting of the trees by the local population. With this traditional method of harvesting continuing to this day, the frankincense exported from the region helps to support a rich history of trade passed down through many generations.

Related to its partnerships with global farms, the company also takes a range of efforts to give back to communities around the world. These efforts are often conducted through its philanthropic arm, The D. Gary Young Young Living Foundation. The foundation was first created when the company’s founder was working in Ecuador to establish a farm partnership in the area. While in the country, the company head witnessed firsthand how a lack of access to resources was negatively affecting the quality of local education. In some towns, he found entire schoolhouses falling apart with multiple classes of students crowded into the remaining semi-functional classrooms. In response to this need, the foundation built a new school and donated supplies to the area, undertaking the first of many development operations around the world.

Though education has remained a focus of the organization to this day, it has also expanded its operations to encompass further areas of need. This includes the empowerment of women across the world to have greater access to economic opportunity. This empowerment is undertaken with a deep understanding of the unique role that women often play in their families as mothers and caretakers. By opening up access to opportunity for these individuals, the organization is working to break generational cycles of poverty and social instability.

Beyond education and economic empowerment, the company also works to bring an end to the exploitation of vulnerable populations in countries around the world. According to the organization, an estimated 40.3 million people are currently living in exploitative circumstances of some kind. This can be forced labor, sexual exploitation, forced marriage, and more. The company is working towards ending this type of injustice through a number of different means. One example of this work is at the community level where it provides educational programs and resources to equip populations with tools to protect themselves and their families from predators. The company also undertakes efforts to help victims recover from such exploitation by funding rescue efforts and rehabilitation centers administrated by Hope for Justice.

While many people are already familiar with Young Living from its work in offering high-quality essential oils to its customers, some individuals are less familiar with the manner in which it undertakes actions around the world. These actions include partnerships with local farms to ensure quality products and to provide education and resource assistance. The company also seeks to make a difference through its foundation, which focuses on education, economic empowerment, and the cessation of exploitation around the world. Seeing the overview above, one can begin to understand the larger scope of the company and the way in which it has adhered to its earliest values, its mission statement, and its continuing drive to impact the world at large. 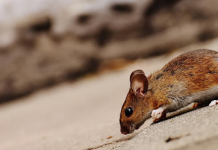 Facts or Fiction: How to Keep Mice Away 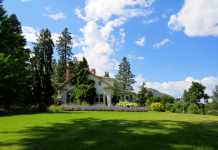 How to Start Landscaping at Home: A Guide for Beginners