With all the different forms of cannabis extracts made today you might be wondering how do I smoke that? You must also be aware of weight to cost ratios, proper storage and handling, and necessary accessories.

The world of concentrates can be confusing for even the most avid weed enthusiasts.

Luckily, there is a positive side to the vast boom of commercial concentrate production: information. With its legalization, weed origins, processing methods, and ingredients are well known to the consumer.

Read on to find out all the ways you can use the different varieties of cannabis extracts.

Now that cannabis is legal in 33 states, including recreational use in 11 of those states, business is booming. This means companies are finding new (and old) ways to mass-produce cannabis products.

Cannabis concentrates aren’t new to the world of weed. Novices have been experimenting with various extraction methods since the dawn of time.

And this wasn’t just for fun. There are many benefits to extracting the terpenes from the cannabis plant. Here are a few:

READ  Is Vaping Cheaper than Smoking

The main point to take from the advantages of using, producing, and selling concentrates is you get more for your money due to higher potency.

So, you want to try cannabis extracts but don’t know where to start and which one works best for you. You may have heard of or even tried vaping, but there are many other forms of THC extract oil.

Every form of extract has a distinct texture, potency, fragrance, and method of consumption. Some of these basic terms can have several applications. However, the standard variety will depend on the extraction method as will we see later.

READ  How to Make Cannabutter: Easy To Make Recipe

Most of these forms can further be manipulated into new consistencies, but you get a general idea when purchasing them in raw form.

Before we learn how to use concentrates, let’s go over how there are made. This will show you the industrial process as well as ways to make concentrates at home easily.

To remove all of the weed oil from the plant, most commercial processing involves a solvent.

Chemicals like CO2 or ethanol are used to catch all the terpenes and cannabinoids. The chemicals are then usually evaporated to leave only cannabis remits.

This is the chemical-free yet more labor-intensive process. Many people use these methods at home since they are considered to be more hands-on and not for mass production.

Organic items like pressure, temperature, and water are used instead of chemicals.

READ  How Long Does Weed Stay in Your Urine?

Whether extracting at home or buying concentrates from a store, knowing how they are made makes you more knowable about how to use them.

Before you buy your next extract, you want to know about how to use THC concentrate.

Will you be smoking it using a vaporizer or do you have a dabbing rig? Or do you prefer edibles, lotions, and capsules that have infused extracts?

If you want to get the full flavor of cannabis then smoking or vaping will be your best options. But, if you just want to experiment with the effects, then an infused product will suit you.

The Future of Cannabis

Some might say that the future is cannabis extracts. There are so many ways to use and infuse them. Plus, they are discrete, potent, and cost-effective.

Tell us what you think in the comments below. Do you think concentrates will outdo the classic flower as people’s preferred form of cannabis? 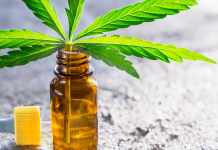