Vaping has now become quite mainstream, with younger people choosing e-cigarettes over traditional (and undoubtedly toxic) cigarettes. But though more and more people are opting to vape instead of smoke, there’s still some confusion about the ins and outs of vaping.

Is vaping socially acceptable? Yes, but that doesn’t mean you can vape whenever and wherever you want.

Because this smoking alternative hasn’t been around that long, people are still trying to set up concrete rules and regulations with respect to vaping. In the meantime, here are some of the unspoken rules of vaping you should be aware of:

No, it doesn’t stink like cigarettes and it doesn’t produce toxic fumes. But that doesn’t mean that you can vape in places where you would not be allowed to smoke.

You can’t just puff away inside movie theatres, shopping malls, sports centres, convention halls, hotels, and other indoor spaces where there are lots of other people. Vaping in restaurants is usually not allowed, especially when food is being served. If you want to vape, step outside and find a designated smoking area.

Don’t vape in public restrooms, lifts, cars, buses, trains, and other enclosed spaces. Don’t vape while in a queue, when you’re with other people in a small room with the doors closed, while in bed, and when you’re in someone else’s home.

Don’t just assume that it’s okay to vape because you’re in a public place. Hotels, theatres, bars, and the like usually have policies for this type of thing. If you can’t see any signs, ask.

Vaping in the workplace is usually forbidden but, again, ask if you’re unsure.

It’s all about common courtesy and mutual respect. If you’re in a private office or a neighbor’s house, don’t assume that it’s okay to vape because you’re a guest. Ask for permission before you start puffing away. If your host asks that you not do so, then do it outside.

In case you had already been vaping and are asked to stop, don’t make a fuss and insist that it’s harmless. Simply take it outside and, if you have the opportunity, explain what vaping is all about when you get back. You might spark someone’s interest in vaping or even help someone kick their nasty cigarette habit.

This is akin to refraining from wearing strong perfume or body sprays when you’re going to be around other people. You don’t want to overwhelm or cause anyone to choke from the overpowering smell.

If you’re looking for e-liquids with amazing flavours, VIP has a wide assortment to choose from.

Plus, let’s face it, vaping isn’t as bad as smoking, but it’s still a habit we should be able to live without. You wouldn’t want to set a bad example by letting children see you vape. Also, their parents likely won’t appreciate you vaping in front of their kids.

Don’t vape around pets. The propylene glycol in vape juice is dangerous for cats (and some dogs).

Be considerate of the non-smokers and non-vapers around you. Never blow your vapor into anyone’s face, even if it’s another vaper.

READ  7 Helpful Things You Must Have In Your Car

Don’t vape indiscriminately in public. Don’t blow clouds of vapor while walking around. If you want to do this, do it at home or in a vape shop.

Don’t attempt to “stealth vape” or vape in small amounts because you’re not sure if vaping is allowed where you are.

It’s really just basic decency (and vape shop etiquette). Never ever just pick up someone else’s e-cigarette and use it without first asking if you can share. If you’re curious about another vaper’s liquids, ask for a sample to use in your own e-cig. Don’t ask if you can try it using their mouthpiece. That’s not very hygienic.

Don’t leave your vaping paraphernalia lying around when you’re done with them. Discarded cartridges still contain some nicotine and can be harmful if a child or a pet comes across one. Vape juice can cause poisoning and some mods can pose a fire hazard.

As a vaper, you want vaping to be accepted by the general public, not treated as harshly as cigarette smoking. Correct? If you want to move in this direction, you’ll want to show everyone that vaping is relatively harmless. To do this, you always have to vape responsibly and avoid being a nuisance to anyone. Someday, someone may draw up an actual rulebook for vapers. For now, just don’t forget your manners.

Best Places to Live Well on A Budget in 2020 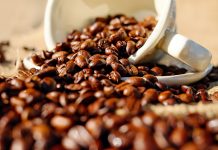 Types of Coffee Beans to Brew Something New Every Morning 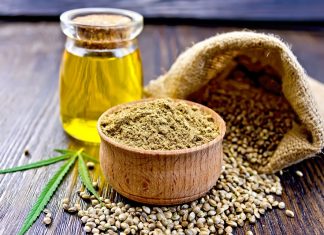 Bump up Your Health: 4 Nutritional Benefits of Eating Hemp Seeds

Sambit Barua - July 14, 2020 0
Did you know hemp seeds are great to add to your food? There are so many benefits of eating hemp seeds that we just...

Bump up Your Health: 4 Nutritional Benefits of Eating Hemp Seeds