Home For the Home Home Improvement Could Your Home Be A Passive Income Goldmine?

A home is one of the most, if not the most, financially important investments in your life. Besides guaranteeing you a roof over your head (once it’s paid off), it is the most expensive asset you have, and opens up whole new lines of financing. But it also offers the potential to diversify your income. Sometimes, without you having to do very much, at all. So, let’s take a look at some of the ways your home can give back, sometimes passively, sometimes a little less so.

It’s the most demanding, and some would argue that it couldn’t really be called “passive” income, but renting out a room could potentially be the most profitable way to use a spare room in the home. It takes a lot of consideration, though, with negatives and positives to consider. For one, renting out a room in your own home isn’t always possible or easy, legally, depending on where you live. What’s more, you have to be extra careful about choosing reliable, safe tenants, checking their history, avoiding giving them too much information about you and your home before welcoming them, and so on. But on the upside, since you live with your tenant, you’re a lot less likely to be surprised by late rent or damage to the home.

You don’t necessarily have to sacrifice your living space on the long-term to gain the benefits of letting a lodger in the home. With the rise of services like Airbnb, it’s becoming a lot easier for people to rent out their home while they’re away, or just to rent out a room in the short-term. If you do that, it’s worth investing in plenty of insurance and security. You don’t want to mistrust everyone who stays in your home, but you don’t want to leave yourself completely vulnerable, either. When renting out a home, it’s a good idea to find separate storage space for your most valuable possessions, and to ensure that you leave the home with a few little extras to make guests feel extra welcome.

Offer up that loft

Perhaps you don’t like the idea of inviting people to stay in your own home, period. While it might be one of the most profitable ways to earn with your home, it is far from the only one. Instead, you might be able to offer some of your space to their stuff, instead. A lot of people are starting to offer storage space, such as the garage or their loft, for people to be able keep what they need. You can offer more competitive prices than storage lockers with less fuss, but you have to ensure that the storage area is kept safe, free from moisture, and secure. You will be liable for any lost or damaged goods, after all.

This isn’t an opportunity that everyone will have. In fact, sometimes, it’s an opportunity that a lot of people don’t want. Telecoms companies need to build cell towers in order to improve their service and give people in the area access to the network. To some, it’s an eyesore and they may actively argue against it. To others, however, it’s a real money making opportunity and you can actually use cell tower lease experts to try and get one on your land. Mobile networks, internet services, and others will pay flat fees as well as rents to put towers on your land. If you already have one, you might even be able to renegotiate the terms of the deal to keep it up and make more money.

Take it to the curb

Not everyone is going to be in an area where network providers are interested in installing a tower. Similarly, not everyone is going to have a driveway that they don’t use exclusively. But if you do have driveway space, then you could make a little extra cash offering it to those who need somewhere to park their car. How much mileage you get out of your driveway can vary. If you’re close to airports, train stations, or retail and commercial centers, you’re a lot more likely to make regular money off it. But no matter where you are, you can list your home on a driveway sharing website. You never know when someone might be willing to pay for it.

TVs and movies are absolutely everywhere, now. Crews look for all kinds of locations to best tell their story, and it’s not uncommon that they want real life locations rather than studio to offer some authenticity. How do you feel about offering your home up to location scouts? You can make thousands of dollars per day of filming if you let your home be used as a shooting location. However, you have to be okay with tolerating a little disturbance in the home, as well as leaving it, sometimes for days at a time. There’s no guarantee your possessions won’t be moved around and left untidy after a shoot. Damages can happen, too, though you will always be compensated for any that occur.

Get on the grid

When we think of energy providers, we usually think about the bills they send us. But, they might occasionally have reason to send you money, too. Depending on where you live, you might easily be able to get all the energy you need from solar power. In fact, you might get a lot more than you need. If that’s the case, you can join the scheme where homeowners are feeding energy back into the grid, and the energy companies are actually paying them for it. It’s very location dependent, and the further north you get, the less likely you are to apply. But it’s a completely passive way to make some money and to pay off the investment of solar panels quickly.

The space you have, how much work you’re willing to put in, how much you’re willing to share your home. All these factors go into which kind of income opportunity you can find, but never doubt that there’s plenty of potential to make money from your property. 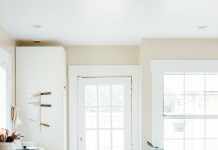 Sambit Barua - August 2, 2021 0
You want your wedding day to be magical. You've found the perfect outfit. You've created a list of all your favorite people to invite....