Home Lifestyle Career How Much Do Lawyers Make in the US and the UK?

Law as a profession has enticed humans since times immemorial. In the recent political scenario, many lawyers have taken an exceptional stance in several cases giving them huge public popularity appeal and respect. However, one of the biggest reasons for the hype of law as a profession is the profession’s huge prospect, both socially and financially. So, how much do lawyers make in reality? Let’s have a look.

If you are a recent 12 plus, the law as a profession can be desirable to you. If that is the case, before turning out eyes to the question as to how much do lawyers make, let’s first know how to be a lawyer.

How do the lawyers serve?

What do you think the lawyers do once they get registered as law practitioners? Well, in a word, they uphold the rule of law and abide by it to maintain justice.

A country runs through its executive, legislative and judiciary wings. So, you might very well say that the lawyers are the pawns of the judiciary.

However, in a bit detailed manner, you can say they have clients with whom they work. They are their legal advisors.

Legal matters shouldn’t always involve criminal cases, it can vary across a huge spectrum, from property disputes to marriage issues, business management, and many other things.

Lawyers can be private attorneys. Private companies, individuals, or organizations normally appoint them.

Lawyers who work for the state or the government are called prosecutors. State entrusts them with the work of maintaining law and order in the state territory.

Also, there are some public defense lawyers. They normally work for the public or represent those who don’t have the means to get their own personal lawyer.

How to be a law practitioner?

Now comes the crucial question as to how to get to the position of a successful lawyer. Well, the answer isn’t tricky, but the process is. But, unlike other jobs like being a medical practitioner, being a lawyer takes comparatively lesser time.

At the very first, you need to have your bachelor’s degree. This will require a time span of four years of undergraduate education.

Only after this can you get admission to a specific law school. If you aim to be a lawyer, you can set your path from graduation itself.

Try to do your graduation in government History, Economics, English, Maths, or public speaking. Then, go to a law school.

After you are done with your graduation, you have to prove your skills by passing an exam called Law School Admission Test or LSAT.

After this, you will start your admission process. Try to get into colleges that American Bar Association recognizes. After that, you will have to finish your degree as Juris Doctor.

See also  20 Qualities of a Good Leader and 10 Characteristics

The common topics you will learn in a law school include property law, constitutional law, legal writing, and civil procedure. Also, you may specialize in tax laws, corporate laws, or labor laws.

After your education is completed, you will have to sit for the bar examination to practice in the field of law.

Once you finish this exam and crack it, you become a law practitioner. You might have to continue your education, but that depends on which state you are choosing.

So, if you really want to see yourself as a lawyer, you have to devote around seven years of your life and immerse yourself in this novel cause.

What skills do you require if you want to go for law?

Having analytical skills is a must in this line. You have to deal with lots of information and analyze what you require and what you don’t. Also, an argument that is a must for law won’t have enough substance if you don’t know how to interpret and read data.

Without good communication skills, you cannot succeed in your career as a lawyer. Also, you need to have the ability to talk and work well along with your office colleagues.

Research skills will help you find information that seems like a plain and blank site to others. But your research can help you find some substantial data from something which is apparently blank.

You need to have expertise in legal jargon because you will have to use them a lot when you become the lawyer you dream of. Technical writing knowledge cannot be ignored in this job.

How much do lawyers make after law school?

With this, the processes and uses of being a lawyer get closed. Now are the most interesting and motivating part. How much do lawyers make is the question that has been bugging our minds for a long time. Let us get back to that.

As per the Bureau of Labour Statistics reports, a lawyer makes an annual wage, which is approximately twice what a full-time worker in America makes per annum.

Well, this approximately answers the question of how much do lawyers make when starting. As you gain experience, the possibility of income increases.

How much do lawyers make UK?

After you newly qualify as a lawyer, you will earn considerably. Owing to the pandemic, several firms resolved to reduce salaries of newly qualified persons and even freeze pay. But still, you can’t ignore the amount paid to newly qualified lawyers.

Here you will have to understand how much do lawyers make a month. Also, some firms, after an initial reduction, increase the salary.

For example, after an initial reduction to 90,000 pounds by Allen & Overy, they then increased the pay to 95,000 pounds. Similarly, Linklaters has decreased it to 90,000 pounds, but again, now they pay around 92,500 pounds annually to their employees.

See also  Career Options after 12th: What to do after 12th ?

International firms expose you to travel and to work abroad. Also, if you work in the city firms, you won’t have time for your family, but your earnings will overwhelm that, and your hard work won’t go unpaid. For example,

Most importantly, these salaries can even increase as you acquire your experience and qualify as a post-qualified experienced lawyer.

Also, if you enter into any partnership with any firm, your salary can very well sky-rocket to around100,000 pounds and more.

If you go somewhere else in this country, you are likely to b paid less. But, you will have valuable experience which will help you climb the ladders fast.

Salaries of other professionals in other parts of the UK range between 27,000 pounds to around 60,000 pounds.

In the UK as a trainee solicitor, there isn’t any minimum salary bar for them. In these cases, location matters hugely.

If you work in any London firm, you will earn much more than what The Law society usually recommends, which pays well above 22,794 pounds. But, mostly, here also, firms in the USA pay the most, which can touch a salary base as high as 50,000 pounds.

However, as you are still a trainee, your work hours will be tiring and long. Basically, the final difficulty in establishing yourself as a lawyer is overcoming this trainee contract period. But, the good thing is, you get your just payment in these countries.

How much do lawyers make in California?

In the USA, the Bureau of Labour Statistics has ascertained, as per a 2016 finding, that the average salary nears around 17,865 dollars per month. But you actually have to be very cautious regarding the choice of industry where you want to work on.

Industries that pay the lawyers best

The beer, Wine, and Distilled alcohol industry pay approximately 17,125 dollars per month to its lawyers.

Cable and other subscription programs have a monthly package of around 16,272 dollars.

However, financial prospects in government sectors are much less, and it is around 7,335 dollars per month. So, normally it’s wise, monetarily at least, to opt for private corporate sectors.

Public lawyers also get wages way less than those paid to them if some private firms hire them. However, when the clients prove that they do not have any means to afford high-budget lawyers, public lawyers come up.

Not every lawyer is willing to spend their career within corporate four walls. So, public defense lawyers come to play there. They get a salary of around 4166 dollars to around 8333 dollars per month.

Salary changes as per location

Salary varies a great deal with the location that you choose.

For example, in California, you can draw a salary of about 7424 per month. EY company pays around 9358 dollars per month.

If you get an appointment in Clifford Chance, you can have a handsome salary of around 10,698 dollars a month.

Stange Law firms will pay you around 5714 a month, and Zinda law group gives you 9100 per month.

United States Coast Guard, which is also a pretty reputed firm, will pay you approximately 6917 a month.

If you work in Los Angeles, your monthly salary can reach up to 14,425 dollars.

New York City provides a monthly payment of around 13,438 dollars.

San Francisco and San Jones have payments of around 14,000 and 17,000 dollars per month, respectively.

In non-metropolitan localities, the salary is a bit low.

Northern Vermont will pay you around 9385 per month.

Salaries per month in Central Kentucky, Northeast Mississippi, and Southwest Montana will be around 5146, 9600, and 6244 dollars respectively.

If you are a solo practitioner and have your own established firm, that gives you the flexibility of payment.

But having a firm might give you a monthly salary as high as 26,099 dollars, but it may also bring you down to 2978 dollars per month. It basically depends on several factors such depending on:

Also, if you want to draw the highest salaries, you can get established there are certain areas. This mainly includes getting involved in huge companies and the fighting case for them.

These mainly have EU laws, corporate and commercial laws. But, personal arenas aren’t a good place to income hugely. But, let your passion drive you, not the money always.

How much a lawyer make a week?

If 9,000 dollars is the average salary of a lawyer who doesn’t own a firm, then weekly, they have earnings of 2000 dollars.

How much do lawyers make an hour?

How to Choose the Right Criminal Lawyer For You 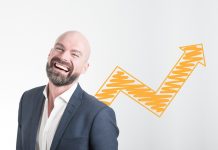 20 Qualities of a Good Leader and 10 Characteristics

Challenges Faced By Remote QA Teams and How To Overcome Them

How to Add Scent to Your Everyday Self-Care Routine

8 Gardening Best Practices for the Home Gardener: An Evergreen Guide