As the awareness about renewable energy is increasing rapidly and more and more, people are starting to install solar panels to their homes. Installing solar panels can have a lot of amazing benefits. They are, of course, good for the environment, and they also have a lot of economic benefits, both for the public and the government. These days, not only are people installing solar panels in their homes, but many governments are also building massive solar power plants.

In this post, we will be discussing some of the economic benefits that the usage of solar panels for electricity and energy production can bring. Here is a list of some of these benefits.

Also, many power plants have to purchase raw materials separately to keep up with the increasing needs of electricity, and if enough people install solar panels in their homes, the overall price of electricity can also be decreased.

According to federal tax policies, you can deduct 30% of the cost of your home’s solar system for your federal income taxes. So, solar panels do not only aid the economy of your home by decreasing your utility bills and increasing the value of your home, but they also allow you to decrease the amount of taxes you have to pay because you are actually improving the economy of the state by installing solar panels in your home.

READ  Solar Power: It's Not as Difficult as You Think

Many countries, including the United States, rely on international imports to meet the overall energy requirements of the country. Many countries import the majority of the petroleum they use, and this can control the economy of their country a lot. By installing solar panels in your home, you are actually taking a little load of the economy of your country.

As solar panels are an effective method of producing renewable energy, and they have been proven to save people adequate money, many governments are opting for creating massive solar panels power plants in unoccupied areas that get a lot of sunlight. The US has a lot of very effective locations with vast acres of uncultivable land that gets a lot of sunlight in places like California, Nevada and New Mexico.

On average, a solar panel system can save a home somewhere between 60 and 70 thousand dollars over a period of twenty years, which is still less than the average expected lifetime of a solar panel system. So, just imagine how much the government can save in the long run by building massive solar energy power plants in areas with the optimal amount of sunlight.

Blackouts are very damaging both to the economy and the security of a nation. And, even a small blackout that lasts for an hour can end up costing millions to the state. And, as we know that most of the methods used to produce electricity are non-renewable, the situation is only going to get worse over time if we do not take some action. Installing solar panels individually at your home is a step in the right direction. By decreasing the load on the grid, you can decrease the chance of blackouts improving both the economy and security of your country. This condition can also be improved dramatically by the creation of high-level solar power plants.

The deteriorating state of the world’s environments is not only damaging our health, but it is also damaging the world’s economy as a whole. A massive amount of pollution that is created in the environment is a direct cause of energy production through non-renewable methods such as nuclear or thermal.

The whole world and its economy are suffering because of this increase in pollution, and especially agricultural countries are affected by this, as crops are affected adversely because of increasing global warming. If this trend continues, humans will have to face a lot of problems in the next couple of decades.

By installing solar panels, you can save the environment and avoid depleting natural energy sources of the earth. By building solar panel systems, the number of resources that has to be spent on cleaning the environment is decreased, and the state can improve its economy because the crops of the county are not affected by global warming.

Louis Paulson is a graduate of California University and is currently working on his dream project of creating organic energy mixes. In his leisure time, he likes to write about climate change, energy, and clean tech. To read more of his blogs, you can visit http://headlinesolar.com/.

How to choose a good plumber in Bromley 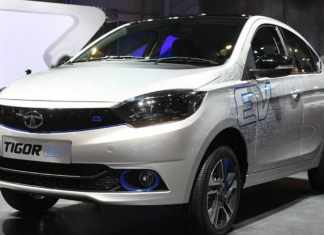