Alcohol lovers usually like to experiment until they find their signature drink. If beer is your favorite, you will want to know the best ginger beer brands. While many people don’t like an excessive taste of ginger, beer lovers can go to any extent to try a variety. If you’re the kind who looks for new beer brands every weekend, you need to know the best ones for the ginger flavor.

Ginger flavored beers have a few specific qualities that will make you want to try them. Check them out below:

It is time you check out the best beer brands to know what you’re trying next:

If you stay in Seattle, you can search for Rachel’s Ginger Beer. The beer company locally brew their ginger flavored beer and is one of the best to try. Their beer tastes like they freshly squeezed in ginger and add the right amount of sweetness and tartness to balance out the spice.

They offer growlers of ginger-flavored beer along with other seasonal flavors. You can order them to your home if you stay in Seattle or visit their store when you get there.

The Fever Tree Beer is probably a name you have heard before. These are easily available in supermarkets and made the second-best of this kind. They sell in small 6.8 ounce bottles and are perfect to enjoy at one go. The brand also sells ginger ale which is sweet but not spicy.

Looking for a beer that will wash away all your tiredness? Try Regatta Beer at such times. It is lightly carbonated, zesty, fresh, and have lots of ginger bites. It doesn’t even leave you with painful burns.

The cloudy appearance of the beer makes it more appealing while the chalky texture makes it better to taste. The drink is made by blending the Caribbean and African ginger in traditional stone crocks. You can find these beers in cute little mini cans.

If you’re looking for a beer that has more of a natural effect and isn’t too heavy, try the Maine Root Ginger Brew. It has an interesting flavor that sets it apart from other kinds of beer. It also has other spice along with ginger. The beer is made of organic ingredients and that includes the pure and evaporated cane juice. It gives you a nice tingly feeling and after-burn but in an enjoyable way.

If you like sweet beer, you should try Bruce Cost Ginger Ale. It is the only one that is a beer but calls itself an ale! It has made ingredients that common ginger flavored beer don’t have. This beer is noticeably sweeter than many other fruity beers and gives you tropical yet candy-like flavor.

Try out the Spindrift Beer if freshness is your priority. The beer comes with a delightful touch of lemon juice and spicy ginger. The mixture is zesty and you need to have them chilled.

If you’re looking for a classic beer you can’t go wrong with the Bundaberg Beer. It comes with the perfect balance of spice and sweetness. It is made with lots of ginger and makes a great base for cocktails.

If you want to know original ginger flavored beer is like, try the Barritts Bermuda Stone Beer. It is a pleasant and sweet beer that comes with the right touch of spice. The beer was designed to be punched with rum and is a little laid back compared to other spicy varieties.

Looking for a beer to punch with Gosling’s Rum for the ultimate dark drink? Try the Gosling’s Ginger Beer for that! The mixture is called a hipster beer and gives you the correct touch of spice and added sweetness.

If spicy beer is more of your thing, you got to taste the Goya Jamaican-Style Beer. This one burns you pretty well but is unlike raw whiskey. It builds heat inside and you want to go on drinking it. Make sure you don’t drink it too quickly as can lead you to have a sinus problem. Not everyone will like this beer because spicy beers aren’t that cool!

READ  Things You’re Never Too Old to Do, Create or Try

The least spicy of the lot is Parker’s Beer and many people call it a beginner’s ginger beer! This drink will barely leave your tongue with a tingling feeling. If you don’t want the spicy feel brought by this beer, you must try this one. It has lots of sediments that settle at the bottom and that’s how you know it is made of ginger. You might not get this one at Amazon, so try Whole Foods instead.

Finally, the Fentimans Beer gives you something different as it goes against the untainted rule of ginger-flavored beer. The beer is botanically brewed and comes with herbs and flavors. This beer brand adds fermented ginger and gives it a unique flavor.

It is time you indulge in some tasty ginger flavored beer and see what suits your tastebuds. You might also choose the ones you like the most depending on the ingredients or the kind of beer mentioned above. 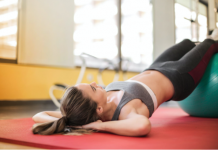 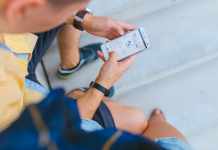 Sarah Nova - February 26, 2021 0
Many homeowners are keen to revamp their homes per seldom do they get an opportunity to do it. They might buy new pieces of...