Gaming has always been a stress-relieving element in our lives. It is not only a fun activity but a profession as well. There are professional gamers who earn their livelihood by playing online games. Since the introduction of Android, there has been a rise in mobile gaming. The platform developed multiple games of different categories. These games on the Android platform are mostly free, but there are some games which are premium. You need to buy these premium games by making an online payment.

Besides all this, there also games which are free and premium at the same time. You can download these games on your device for free but some of its features can only be used once you purchase them. Although there isn’t a different category for these games, users have named it as freemium games. Here is a list of freemium games which have the highest rating on the android platform. These games are the most popular ones in the Google Playstore with millions of users.

This is one of the most interesting games in the android platform for smartphones. This is a JRPG which refers to Japanese Role Play Games. The writer and composer of Chrono Trigger have worked on this game as well. A lot of elements have been inducted into this game from Chrono Trigger. It is a far more advanced game when compared to other RPG’s for smartphones. The game plan is pretty simple and you can get going from any point where you left it. As the game has no energy levels, it helps you to continue for a longer period. The story is very interesting and keeps you well involved.

The graphic design of the game is superb and has got great detailing in it. It happens to one of the biggest hit of 2019 and topped the Google play Games list in a short time. You must have ample space to download this game and enjoy it. Although the game is free, some features unlock only after you purchase them.

Another popular and great game with amazing graphics is Alto’s Odyssey. It is a nature-oriented game available for free in the Android platform. The game is not at all complex and has a simple mechanism. This, in turn, keeps the player engrossed in the game deeply. You need to ski up and down the hills, in this process, you also must avoid the hurdles to continue the journey. Besides, you also get to collect certain power-ups and boosters to break through the obstacles, make massive jumps, etc. The items collected can be traded for various things such as ski-boards and other customizing options. You can switch to a different ambiance but for that purpose, you need to purchase some upgrades. The in-app purchase is an optional feature and you can play the game for free without the upgrades. It is one of the best games developed by Noodlecake Studios. The game is applicable for gamers of all age groups.

READ  6 Questions You Must Ask To Yourself before Getting Married

Even though the game was launched sometime in the year 2016, it has a lot of crazes even today. The game got a huge public response, which happened to be the biggest for games in the Google Playstore. It is an online game which needs you to track down Pokemon in your nearby places. The real world around you transforms into the Pokemon world in your smartphone. You need to find Pokemon stops to catch a Pokemon near you. The game was highly appreciated by users as it stormed the mobile gaming industry with a bang.

Players Unknown Battle Ground or PUBG is a brilliant game and took global gaming to another level. It is a game which changed the approach towards gaming within a month of its launch. Players need to go online and start a match where the last person alive wins. It is the most popular shooting game which has a couple of gaming modes. You can play with a squad of four people or two or single. 100 players join a match from different places around the world and play a battle royale on an island. The winner gets lots of customization option as they move ahead with the game. It has an in-app purchase option to buy upgrades.

As the game got highly appreciated globally, it launched its Lite version for lower-end smartphones. The Lite version has low resolution, graphics, few players per match and much more. You can avail both the versions of the game in the Google Playstore.

It is the best fantasy game in the freemium list. The game is loaded with tons of exploration, hidden treasures, lore and secret dungeons. The graphics of the game is amazing and you can completely relate to its original version as well. Even though the gameplay is simple, but to beat the bosses you need to think critically. As you move ahead in the game, it becomes more intense and tough. There daily rewards for logging in, playing a match, winning, finding quests, etc. There are other versions of the game as well. These are Final Fantasy Record Keeper and Mobius Final Fantasy.

READ  How to Boost Immune System to Fight COVID-19?

A super hit trivia game has stormed the Google Playstore and it is called the HQ Trivia. It is a live gaming session where players compete with each other. The host puts up questions and players have to answer it in real-time. Every round of the game has 12 questions each with 120 seconds to answer them all. People who can answer all the 12 questions correctly get rewarded. The fun part of this trivia game is that you are rewarded with real money if you win. There are particular time slots for the game which are3 pm EST and 9 pm EST. You can easily download the game from the Google Playstore for free.

You can download these games whenever you feel like playing them. The Google Playstore doesn’t charge any money for downloading any of the above-mentioned games. You just need ample memory in your smartphone to download and enjoy these games 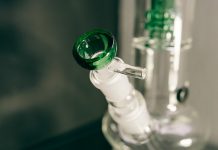 What Are the Best Hookahs to Buy? Tips for Choosing the Perfect Hookah