The mercuries are soaring and the skies are clear and bright. Summer is finally here.  People can be seen sweating profusely. There’s sweat wherever you look. As the heat intensifies, the consumption of water is expected to increase by leaps and bounds. All of us get up in the morning and make our way to the bathroom in order to take a shower. A cold shower helps keep sweat and foul odor at bay. But hold on, our water bills are also expected to rise significantly during summer. Also, it’s time to give water conservation a thought. In all fairness, rising temperatures call for water conservation to be taken seriously.

In the United States of America, people have access to arguably the safest water in the world. It’s treated, it’s clean, and it’s fresh.  According to reports, an average American household uses 300 gallons of water in a single day. Also, more than half of the water use happens indoors. Now, that’s quite a staggering number, isn’t it?

Where does this water go?

According to estimates, toilets and bathrooms account for maximum water use. That’s quite obvious, but there’s another staggering number. More than 15% of the total water gets wasted daily because of leaky taps and showers.

Efficient water use forms the heart of sustainable development. It’s time that water management is given due importance.

Here’s how you can begin:

1. Try upgrading the appliances: Go for water-efficient appliances. Now, this might sound a bit too naive, but choosing water-efficient appliances over regular appliances can make a lot of difference. Saving water in and around the house has become simpler. You have a wide range of water-saving fixtures to choose from. Newer showerheads, as well as the taps, are being designed. These are designed to be more water efficient than the older models. Also, traditional toilets use close to six gallons of water per flush, whereas contemporary models use just 1.6 gallons or less. Washing machines and dishwashers come with Energy STAR Label, which means they use less energy and water than regular appliances.

2. Doing the dishes: You can simply drop your leftover food in the compost pile. This would mean that you won’t have to turn the faucet on every single time while clearing off the plates. The step is small, but it is quite effective.

3. Using a rain barrel to store water: It’s simple, it’s cost-effective, and it’s doable as well. Just install a rain barrel on the terrace. This would help you collect a considerable amount of water every time it rains. In this way, you’ll have ample water at your disposal for watering the plants. This can help you save a good amount of water each year.

4. Choose plants that can tolerate drought: Droughts have become quite frequent. The Western and the Southwestern parts of the US face water shortage quite regularly. It’s becoming quite a problem these days. To counter this, many households opt for native plants that do not require frequent watering.

5. Turning the faucet off: It’s the simplest thing one can do in order to avoid water wastage. Make it a habit to turn off the faucet whenever it’s not being used.  Most of us leave the tap running while brushing our teeth.  Also, taps are left running while doing the dishes as well. Opt for pedal sinks. Many of them are automatic. Sinks such as these are quite useful, especially for households with kids.

6. Waste management is just as important

Okay. So, here we are. Effective waste management is also an important part of the broader concept of water conservation. There are times when an inefficient sewage system leads to the contamination of fresh water. Waste disposal sounds quite simple and uninviting, but ignoring wastewater management can lead to serious problems including severe health risks. A septic tank can make life easier for you.

You don’t need to clean the septic tank regularly. It happens to be an annual affair. Not cleaning the septic tank once a year can lead to the formation of toxins. These toxins eat up the waste-breaking bacteria.

7. Don’t take the leaks for granted: This happens quite frequently. We ignore the leaky taps at home and continue on our merry way. Ignorance is not bliss, not in this case at least.  Taking leakage seriously and getting the taps and faucets repaired in time will not only help conserve water but will also help you cut down on your monthly water bills.

8. Save water whenever you shower: Shorten your shower span by just a minute. It will not only help you in your bid to bring the water bills down but will also result in substantial water savings. You save quite a lot of gallons of water yearly by turning off the shower briefly whenever you wash your hair. Also, installing shower heads that are low-flow offers a simple and convenient way of saving water on a daily basis.

9. Run the washing machine on full load: Don’t wash small piles of clothes every second day. Save up the laundry until there’s a full load. It’s a great way of saving gallons of water. This might sound a bit too obvious, but washing a large pile of clothes in one go does help you in your bid to bring your water consumption down.

So, that’s the long and short of efficient water use within households. To the naked eye, these steps appear quite naive and insignificant, but carrying out these steps on a large scale can make all the difference in the world. So, the next time you turn on the faucet while brushing your teeth, don’t forget to turn it off. 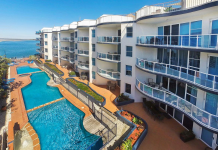 Important Factors to Consider When Buying a Beachfront Apartment in Caloundra

What is a microfiber cloth and how should I use it to clean my home?

6 Things to Clean Before Moving into Your New Home

Shusree Mukherjee - January 20, 2021 0
The ketogenic diet or the keto diet follows a rigid diet that involves high fat and low carbohydrate intake. However, one of the side...