Modern couples are changing the traditions of marriage. The values that are being celebrated in marriage ceremonies are now sought to be more spiritual and meaningful, with an increasing number of unions taking place in natural locations. Marriages are increasingly being performed by lakes, on beaches, or among forests. The connection that these locations provide, as well as the extraordinary beauty and serenity, cannot be found elsewhere. There are fewer places more romantic to declare your love to one another than among the mountains, or more memorable than on golden sand dunes. Kevin and Jenny are one of these modern couples. They approached their marriage by considering their personal values at each step, instead of automatically deferring to tradition.

Despite attending the same university and participating in the same study abroad program, it was not until they both arrived in France that they first met. After concluding their European experience, they spent five years together in their home state of Texas before Kevin proposed. During the few years of their engagement, they moved to Portland, Oregon. It was a place they felt they could identify with, one that would be perfect for the intimate wedding they envisioned.

For Kevin, the selection of the ring was particularly important. He hoped to dazzle Jenny with a stunning design but, in addition, he understood they would both want a diamond they could feel happy with; one that has been sourced ethically. After much research, he found exactly what he wanted from Tacori engagement rings. On reflection, he laughs at how nervous he had been during the initial search. However, as soon as Jenny saw the ring, all his worry disappeared.

See also  9 Tips for Choosing Decor for Your Wedding Reception

Having spent many of their afternoons at the Hoyt Arboretum’s Redwood Deck near their home, they knew it was a place they wanted to celebrate their dedication to each other. The towering sequoias and redwoods surround the intimate, natural deck. Only the sights and sounds of the forest can be heard. For many, it is a place for a fairytale wedding. Not only was it a majestic location, one that they felt personally connected to, but it was also a location they could return to in the future, a quality many couples are now searching for in their dream wedding location.

Locality was a high priority to their wedding. Both Kevin and Jenny sought local businesses to help piece together the perfect day. Their outfits were purchased from various independent and local speciality retailers. Their florist operates within their own neighbourhood and even their ring was designed in California. By shopping among local vendors they supported their community and continue to see lasting value in their contribution. The designs were a huge hit, bringing a modern and alternative flair while retaining a beautifully classic style.

Those few items not obtained from independent vendors were mostly then sourced as second-hand, such as utilising the gorgeous tableware that Jenny’s grandparents had given to her. Kevin also wore a watch, owned by his late grandfather, as a tribute. Using these inherited items has the potential to bring an incredible amount of value and intimacy to a wedding. They allow you to remember loved ones, celebrating their memory, and facilitate the value that modern couples are looking to prioritise more so than any other: togetherness. 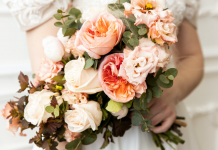 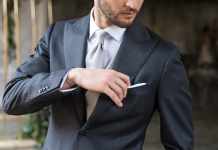