Home Tattoos All You Need to Know About Cleo Wattenström 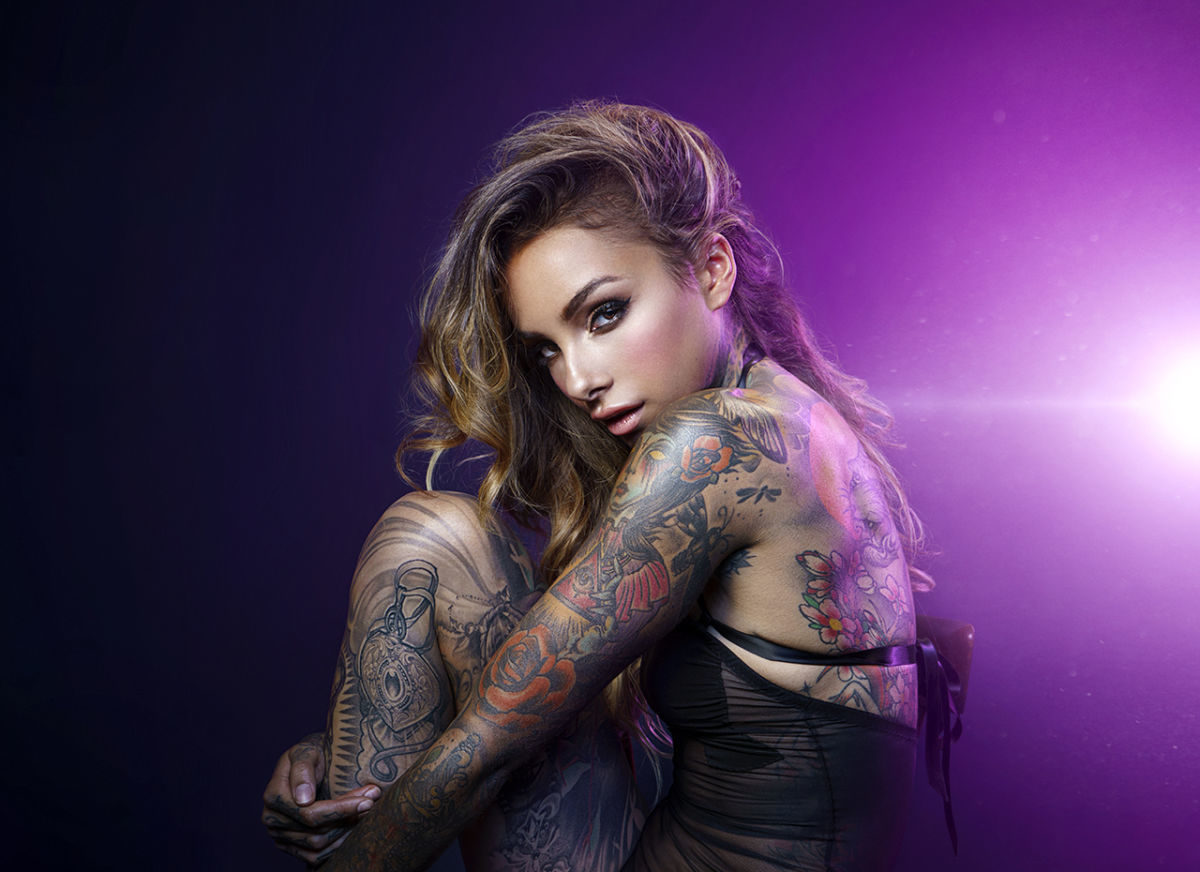 Cleo Wattenström is a famous tattoo artist from Stockholm who models occasionally as well. She was born in Belgium and spent most of her life traveling around the world with parents.

When Cleo was in Sweden, she began an apprenticeship in the tattoo industry and that was her calling for life! She actress takes inspiration from retro black and white photography and old films to influence her grey artistry.

Over the years, Cleo’s unique way of looking at tattoo art has changed her perspective about life. She has featured and been admired at several international tattoo conventions. She has featured in several publications like Tattoo Life Magazine, Inked Magazine, among others.

The artist further rose to fame when she married Suicide Squad fame Joel Kinnaman. Recently, she partnered with Sullen Art Collective to offer several products based on her work. You must check out the Cleo Hamsa Saddlebag and Cleo Beauty Fringe as they’re gorgeous and doing well in the market.

Currently, Cleo lives in LA but works in her private tattoo studio called ‘Shanti Tattoo’ located in Venice, CA. Here, we will give you all the details you want to know about this tattoo artist and model.

What influenced Cleo Wattenström into tattooing?

Cleo used to travel a lot with parents and her upbringing helped her meet a mix of cultures. She has East Asian influences, especially from India and she uses her learning through art. When she was 14 years old, she quit her education to pursue art.

The young teenager worked on her skill and turned it into a passion after a few years. Cleo was always intrigued by unconventional art forms. She wanted to make tattoos that people will never regret but happily take them to the grave. The artist has an exclusive style that she developed over the years and it cannot be imitated.

Sadly, her marriage with Joel Kinnaman was short-lived, but that doesn’t take away the person she has established herself to be through her work.

Wattenström was born in Belgium and on June 12, to a Swedish couple with Ethiopian descents. The model is close to her mom who she calls ‘Kicki’ and says that her work has a lot to do with her mother’s influence.

The artists mostly grew up in Brussels but she traveled across the globe since she was a child. The family chose Stockholm to settle by the time Cleo was into her teens. When Cleo was just 14, she dropped high school and took up tattoo making.

Her interviews record a lot about her painting skills and how that made it simpler for Cleo to understand the craft. Rather than completing her education and getting degrees, she wanted to spend time becoming an artist. She looked for someone who could guide her and she also started preparing herself to live alone.

Although she didn’t get one particular person to help her, she went through a detailed apprentice’s job in a tattoo parlor. It helped the artist get better at what she loves to do. Currently, Cleo uses her exclusive black and white designs to create art on everyone’s body. She drives inspiration from several old ideas, especially movies.

Since she took up art pretty young, we can assume how sure she was about what she wanted in her life. However, life had more plans for her than just tattooing and that’s how she started modeling too. She has been the face of several glamor books, Goth looks, retro themes, pin-up, horror genres, and more. She was on the front page of several international and national fashion journals as mentioned above.

Apart from her own private studio in California, she works with another tattoo parlor in the city as an artist and not entrepreneur. Her collaboration with the Sullen Art Collective based on her tattoos is getting lots of demand. Many tattoo designs by Cleo Wattenström include faces of celebrities like Marilyn Monroe, Salvador Dali, and more.

While discussing Cleo Wattenström, we cannot skip talking about Swedish-American artist and her former husband Joel Kinnaman. The couple grew close and dated since 2014 and started living together. However, Joel never came out about their relationship in public for a long span of time.

The couple was first spotted by the paparazzi in mid-2014 and were soon official. Their marriage was a secret till Joel spilled the beans in front of the media. When an interviewer asked Joel about his date during the promotions of Suicide Squad, he rectified and said, “my wife”.

Later, Joel confirmed about his marriage while talking with James Corden and said that the couple organized a low-key wedding in 2016. Joel said that they went to the ‘Same Day Marriage’ place where a Russian woman told them that they would be charged $435 to organize the marriage. They got married instantly and took time to let everyone know the secret.

Although, they never seemed to be disturbed by Joel’s previous relation with Olivia Munn, their marriage did not last long. The couple happily settled in CA and frequently went on world tours. Cleo’s Instagram handle included several moments of their happy getaway, but it was short-lived.

Currently, the duo is not together anymore and split two years after marriage. Sources say that they had separated way before putting the papers down.

They have maintained a cordial relation even after breaking up and are seen together around mutual friends. The couple was also spotted at an UFC fight and they still write on each other’s social media posts. Joel is currently been linked with Kelly Gale, but there are no definite reports about their relationships.

Although Cleo works mostly with grey shades, her life has had lots of colors and vibrancy. She has found happiness in art and uses it to cater to people who want to have a permanent imprint.

Her life story tells us how travel can change our mindset and bring more clarity on what we want in life. There are much more to know about this artist, so stay tuned for more updates!

Priyanka Chopra Tattoo and Its Significance