Home Travel Meet the Most Influential American Activists of Today

The United States has a long and proud history of activism. Without the efforts of people like Martin Luther King Junior, John Smith, and Malcolm X, America would be a very different place today.

No one is perfect. But, despite their imperfections, some activists stand out for their moral character and grit. Ethnic minorities and women in America have had to fight hard for the rights they enjoy today, and there is still some way to go in attaining true equality in America.

The activists we have highlighted below are all prime examples of the very best that America has to offer. These are the kind of people who change societies, not just people. All of them are intimately involved in the fight for the rights of women and minorities.

Esmerelda Simmons is a veteran of the American civil rights movement. She currently works as the Executive Director of the Center for Law and Social Justice, based in Medgar Evers College in Brooklyn. Prior to taking up the post, she spent three decades working as a civil rights lawyer. As a lawyer, she took on a multitude of roles, working for New York City and New York state.

As the Executive Director of the Center for Law and Social Justice, Simmons provides legal services to citizens who are victims of voter discrimination or suppression. With an election just around the corner, her work has never been more vital.

Melanie Campbell has spent the last two decades fighting for the rights of women and girls in America. From a relatively young age, Campbell has stood out as a proud and strong voice for American women.

As CEO of the National Coalition on Black Civic Participation, Campbell has devised a leadership development program aimed at black youths. Black Youth Vote! aims to get young African Americans registered to vote. Her efforts were pivotal in helping Obama to victory in the 2012 presidential election. 66.2% of eligible African American voters voted that year, and Democrat strategists have cited Campbell as a decisive factor in making that happen.

Color of Change is an advocacy group that harnesses social media’s power to raise awareness of and address racial issues. James Rucker is the co-founder of this California-based organization. The group’s membership has snowballed and is now the most extensive online advocacy group in the US, with over 1.7 million members.

Color of Change has been at the center of several high-profile campaigns in recent years. Most significantly, they were instrumental in raising awareness about the Jena Six. But this is just one example of how Color of Change has taken part in the fight for racial equality in America. Rucker is also involved in numerous initiatives to register young black people to vote.

Each of the individuals noted above has already made significant contributions to the fight for equality. But don’t expect them to stop anytime soon. With heavy-handed police tactics and police misconduct being deployed across the country, America has never needed activists like those above more. 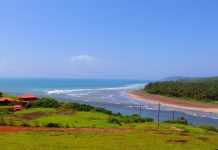 12 Must to Do Activities in Dubai with Family

Sarah Nova - February 26, 2021 0
Many homeowners are keen to revamp their homes per seldom do they get an opportunity to do it. They might buy new pieces of...