People are always looking for the best no matter what the niche is. They want to know who dominates the playing field the most.

Poker is a game that has given us some of the most outrageous players of all time and it’s only apt to give them all a separate space on our blog.

In this post, we are going to list the top 7 poker players of all times. These are well-known players who we are going to judge on the basis of their playing style and personality.

Here are the top 7 poker stars of all time

The guy who at the age of 16 turned $500 into $10000 playing Poker! Yup, Bonomo’s career is nothing but impressive as this star Poker player has made it huge in the professional poker playing field. He has the record of being the youngest player to be featured in a televised final table event, where he took home a staggering $40,815. His total prize money has been $44,040,711.

Daniel Negreanu is a force to be reckoned with. He has quite a reputation in the poker industry as he was named the Global Poker Index’s Player of the Decade (2004-2013)! Negreanu has cashed out $1m and more seven times in his career. The biggest one has been the $8.28m he won at the 2014 WSOP. His total prize money has been $39,830,195.

Having begun his career before Internet poker was popular, Seidel made a name for himself when he finished second at the WSOP in 1988. Ever saw the movie Rounders? The knockout hand you see in there is what Seidel had at the WSOP main event. He won multiple million-dollar prize money in 2011. He won a total of $6.5m in the same year! His total prize money has been $34,782,419.

Here’s a player in the list that has experienced a meteoric rise in the poker world in the year 2016, which arguably was the biggest year for this young player. Holz won at the WSOP in the $111,111 No Limit Hold’em for One Drop and also finished second at the Super High Roller Bowl. He has earned a total of $32,556,379 in his poker career till now.

David Peters has gone on to create a great poker career for himself after converting to online poker in 2003. He has had 9 separate cashes of over a million dollars pushing his name towards the big league poker players. Although he has won only one bracelet, he has owned the WSOP by winning almost 50 cash finishes.

Liked the list? Let us know who your favorite poker player is in the comment section. We have mentioned some of the best players that have played this game of Poker and we hope you liked every bit of this content. Let us know as we love to hear from you! 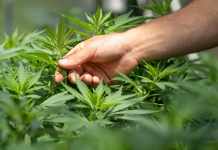 Does CBD Help With Pain? This is What Studies Say

What You Need To Know About THC Edibles: Safety, Benefits, And More