No doubt that there are a number of interesting places with a rich history and wonderful atmosphere to visit in Europe.

But as a fan favorite, one of the hands-down most beautiful places to visit for the scenery, the history, and the people is Spain.

I have compiled my list of four must-see places while traveling to Spain and I would like your input on whether or not you agree (and what you think personally, of course!) at the conclusion of this post. See here goes:

Valencia has a lot of classical period architecture in the central city Plaza (Ayuntamiento) and also within the cathedral. However, it also sports more recent works of art and modern architecture: try visiting the City of Arts and Sciences and the Institute of Modern Art while there. As a bonus, some of the beaches are the most beautiful that Spain has to offer!

No list in regard to anything Spanish would be complete without listing the beautiful city of Barcelona. Barcelona sports the most culture of all Spanish cities and includes beautiful architecture such as La Sagrada Familia and the Picasso Museum. In addition, there are neighborhoods and streets as old as the Roman Empire itself, and the beaches, similar to Valencia, are awe-inspiring and must sees. Want to get from Barcelona to other coastal areas of Spain? Book cheap ferries to Spain while you are visiting and be sure to see all the sites that the Spanish coast entails.

Granada is quite unique from the rest of Spain. Because of its southern presence in Spain, Granada still has a large Arabic culture and marks left from the old world. There are tapas bars and other establishments that are intertwined with other Arabic-influenced buildings such as tea cafes from Morocco as well as bathhouses. The cool thing about this intertwining is that two cultures can be seen at one time while visiting the city. In addition, the Sierra Nevada National Park will absolutely blow you away with its beauty and expanse.

READ  How To Travel While Paying Off Your Debt

Last but certainly not least, Madrid makes the list. Although there is beauty in the color of the neighborhoods and the parks, Madrid takes home the crown for the party capital of Spain: and maybe as one of the party capitals of the world! Travelers and celebrities alike visit to stay up all night and create memories with their families and friends. There are also some wonderful shopping centres, museums, and institutions for the arts in Madrid: so do not discount its culture for its ravenous party behavior!

That rounds out my list of the 4 Must-See places to visit in Spain. Whether you are planning your first trip to this European beauty powerhouse, or you are returning for another visit, make sure to take in the breath-taking sites of Valencia, Barcelona, Granada, and Madrid. You will not be disappointed!

Feel that I have missed something? Have a city or town in Spain of your own to add? This is your chance to weigh-in on the comments section and really let me have it! Let the world know your best places to see while traveling in Spain! 🙂

What is the Best Way to Visit Paris?

8 London Date Ideas for Your Next Night Out 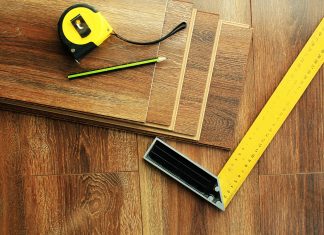 Sambit Barua - August 3, 2020 0
Figuring out just how much your next floor installation is going to cost can be a challenge, especially if you've never installed flooring. The...