All travelers agree that United States of America is a world with a world. It is the most diverse country landscape-wise, religiously, culturally and ethnically. Across the 50 states, you will find some of the most interesting places and beautiful sights. Flying domestically within USA is quite easy. United airlines, Alaska airlines, JetBlue airways and Delta Air Lines are four airlines most commonly used to fly within the borders of America. In fact you can buy delta miles to bag some amazing discounts on the air tickets as the Delta Air Lines miles program is considered one of the best ones in the travel industry. Mentioned below are the top ten places worth visiting.

Even though Florida is home to some gorgeous beaches, it is the Disney world resort that stands out. This massive theme park receives countless visitors from within the country as well as outside the country. The Magic Kingdom, Epcot, Disney’s Hollywood studios and Disney’s Typhoon Lagoon are the highlights of the resort.

This suspension Bridge has been featured in numerous famous movies including Godzilla, Star Trek and Dawn of Planet of the Apes. It is the most popular destination in the state of California. It has the honor of being the most photographed Bridge in the entire world.

More commonly referred to as ‘The Met’, this museum is the largest one in United States of America and it is visited by millions of people from all across the world. It is home to the largest art collection in the country too. It also holds some of the most interesting artifacts and historical objects.

READ  Who knows where this is at World Showcase?

This is one of the most happening and fun neighborhoods in San Francisco. You can try out the fun Cable car ride, delicious seafood restaurants and get some shopping done at the Cannery Shopping center here.

Located on Lake Michigan, the Navy Pier is one of the most popular areas in Chicago. It features shops, restaurants, rides, a theatre, a botanical garden, parks and other attractions.

The natural formations due to the Colorado River millions of years ago are now a great source of wonder and awe for all visitors. Watching the sun rise from this area is on the bucket list for many travelers all over the world.

Times Square is very well known all over the world so it hardly needs a lengthy introduction. What’s important is that it is one of the most fun and iconic places in all of US. It has been featured in numerous books, movies and dramas.

This national monument is visited by travelers due to its historical and political significance. Built as an honor to Abraham Lincoln, the carved statue and murals are quite interesting to visit.

This is one of the most beautiful national parks in California. The fact that 4 million people visit this place annually evidences its popularity.

Hotels, clubs and casinos line this area and so it happens to be a highly popular place among the party lovers.

Hiking in and around Seattle 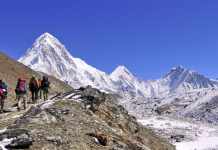