Home Lifestyle Say What You Want, Millennials Are Better For The Environment Than You

In fact, they are the most conscious generation in history. Ever. period. They are conscious about mental health issues, about politics and the economy and social aspects. But above all of this, they are environmentally conscious, and that’s the golden ticket here because carbon pollution is a disastrous issue, an enormously disastrous issue. It is about our world.

Politics, religion, money; all that stuff is stuff we created and stuff that really won’t matter if we let the environment collapse because we allowed irreparable damage to occur. The problem is, carbon pollution is something so big and so misunderstood that so many people can’t comprehend their need to act. Now.

Chances are, you’ve heard the buzz-term ‘carbon footprint’ thrown about all willy-nilly by now, and you imagine it’s all about driving less and using less electricity and all that stuff. What it really is, though, is a score. It is a number each of us is given to describe how much each of us, individually, contributes to carbon pollution. The lower this score the better. Imagine your credit score, except the god-awfulness you are seeing, is killing the entire world and not just your financial freedom.

The question is, what can you do to lower your carbon footprint? And more importantly, is it possible to lower your footprint without, you know, changing your lifestyle? We get it, becoming vegan (not actually that great for the environment btw) and knitting your own granola isn’t everyone’s cup of tea. Don’t worry, though, because there are loads of different ways you can save the earth without growing your armpit hair or anything like that.

Unplug From The Rest Of The World

Very much a misleading subtitle, I can see that now. All we were trying to say is, unplug your gadgets when you aren’t using them. If you’re not using your phone charger, then take it out of the wall. If you’re going to bed, then turn your TV off at the socket. If you’re not using those amazing speakers because you’re going away for the weekend, unplug them. Seriously, just unplugging has a wicked-good effect on the earth. Not only that, but it will also have a wicked-good effect on your energy bills, which will mean more money in your pocket, which you can then spend on, well, granola-knitting classes.

Let There Be Light

While we are on the topic of little household tweaks you can make, we really need to mention lightbulbs. Yup. No jokes or anything like that, like how many Millennials does it take to change a lightbulb? One. he holds it there while the world revolves around him. Seriously, though, you’ll do you and the world a huge favor if you swap out your filament bulbs for energy-efficient versions. Sure, there was a time where the light emitted was too harsh for beautiful selfies, but this has been addressed. Good selfies. Tick. Healthy earth. Tick. Oh, and a heavier wallet. Tick. It’s all good when you change your bulbs. It is as simple as that.

Take The Leap Into The Green

If you’re going to go some of the ways to make your home that much greener, and your carbon footprint that much smaller, then we suggest you go the full hog and look at some home solar panel systems or a garden wind turbine. Why not harness the power of the earth to run your house? We’re terrible at taking what it needs and awful at using what it gives, so why not change this. Don’t worry, solar panels are nowhere near as expensive as they were when they were first introduced to the market. No. The market is saturated and that makes it competitive, not to mention the technological advancements. Go on, be a progressive lover of the earth. Okay, that may not have sold it to you, but what about having a house that pays for itself or, better yet, provides too much energy, thus allowing you to sell the excess back to the grid. Now you’re listening huh.

Say Ba-Bye To Your Desktop

Okay, if you actually have a desktop then please send us a picture. We can’t remember what one of these looks like. Once you have taken a quick picture and send it to us, then throw it away. Okay, don’t throw it away, but certainly, sell it, or swap it out for a laptop. That’s the point here, by the way. Laptops are so much better for the world than desktops. So. Much. Better. That’s because they are actually designed to be energy-efficient, which is where their super-duper battery life comes in. According to one reliable piece of research we saw, laptops can be as much as 80% more energy-efficient than their stuck in one place counterparts. It’s all about their LCD displays, the hard drives they use and the charging adapters; all of which play an integral role. What’s more, laptops are way more useful that desktops. How so? Well, they can move about. Ever seen someone using their desktop on the train? Exactly.

Vegans, You Are Terrible For The Environment

Sorry, but someone had to say it. Yes, we know that we’re generalizing here, but there’s nothing wrong with that. It’s harmless. All we are trying to say is most vegans we have met have gone all vegan because they wanted to be better humans; better for the environment and better at improving their carbon footprint. Well, we’re sorry to say that veganism alone is actually really bad for the world. Yes, cows create methane so we should eat less beef. But if you’re eating fruit and veg that is flown from Greece, Ecuador, New Zealand, Mexico, India and wherever else, then your food is clocking up a serious amount of air miles. Ah. You didn’t think about that, did you? See, what we should be doing is using the likes of FarmDrop, which sources all of its food from local farmers – those who are less than 150 miles from you – and delivers them to your door. Local food is the way forward. Yes, it may mean eating food seasonally like we should do, but that’s a good thing. It helps the environment and educates us. Besides, it will mean we look forward to strawberry season.

Chances are, you do this subconsciously simply because your parents asked you to when you were small and it has become a habit that has stuck. But, opening your curtains in the day and closing them at night is a really nifty trick when it comes to heating your home. You see, by opening them in the day you are letting the sun flood in through the windows, which will heat your home. And by closing them at night, you are keeping that heat in your home better. If you’re worried that there is too much sun coming into your house in the day and you actually sweating a bit, well, just close the curtains and keep it out. If you’re really into this natural means of energy-saving, then why not get yourself some energy-saving curtains. Yes. They are a thing. Everything is a thing these days.

Yeah, plastic packaging is really bad for the environment. The reason for this is, plastic packaging requires loads of energy to make and it requires, even more, energy to be broken down. It is a double-whammy of god-awfulness. So try and avoid if you can. If you’re going grocery shopping, then head to a farmer’s market where there will be nothing but fresh fruit and veg. It’s just little things like that that will have a big impact on what we are trying to achieve here. What’s more, if you see some horrendous use of packaging, like the oranges sold by Whole Foods, then report it. That’s what this girl did when she saw the Whole Foods oranges, and they backed up and changed it. Yup. It is about being the difference we want to see.

Drive To A New World Order

In case you hadn’t realized, we love a dramatic heading. Anyway, what we mean by this is, well, simply drive better. Don’t accelerator so fast or brake so hard because that uses more fuel. In fact, it uses way more fuel, like 11% more fuel on average. Alos, check your tires more often. The reason for this is, you will get more miles out of your car when they are properly inflated. So check them every other week, or every month, just to see if they are properly inflated. Also, take off your bike rack if you’re not using it. It causes drag and that, once again, kills the earth. Simple.

See also  How Long Does Weed Stay in Your Urine?

5 Things You Should Know About Aluminium Die Casting

3 Tips on how to save Space in your Luggage For... 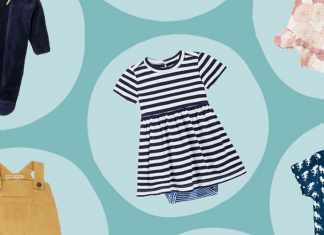 Sambit Barua - September 18, 2021 0
If you have a newborn baby, you know this can be an exciting experience. There's nothing quite like raising a child, and this is...