What’s the one thing every home has in common? It’s television. From the living room to the kitchen and even the bathroom, screens are everywhere. In recent times, people have come to believe the TV to be the source of everything wrong in a home. It’s the reason families don’t converse or bond any longer, for instance. The truth is television is a staple of properties around the world for one reason: it’s essential.

For the people who don’t think that to be true, here are the reasons why.

Everyone suffers from high cortisol levels. The trick is to find a way to get rid of the stress as quickly as possible. Some people go for a massage, others hit the gym, and there are those who watch TV. It may sound like the laziest and less enjoyable option, but it’s handy. As you know, there is nothing like sitting or lying on the couch binge watching Netflix. Not only is it fun, but the TV helps you forget about life for a while. Rather than worry and stress out, you can relax and take the pressure for a small amount of time each day.

A homeowner wants their house to be perfect. Indeed, you don’t want it to look like a house whatsoever. Instead, you want it to be a home. There are lots of ways to achieve this goal, but a TV is simple and cost-effective. For one thing, it makes a room feel cozier and more comfortable. Plus, it acts as a focal point. Yes, it’s big and catches the eye, but it the things all the other features point to. Then, there is the color. A coastal wall unit is neutral and fits in with the rest of the house. Regarding interior design, a TV is essential. 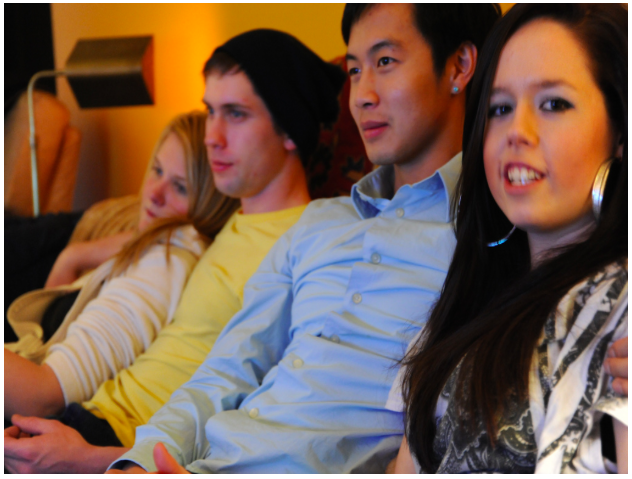 As a family age, it gets harder to bond. Once the kids reach a certain age, they want independence. So, going out for a meal or on family holidays may not happen as often. Thankfully, a TV can fill in the gaps. In the secrecy of their home, kids don’t mind sitting down and watching a film or a TV series with their parents. Don’t let them know you know because it may spook them, but it’s true. Seen as eating dinner together is extinct, watching TV may be the only way to bond.

There are times when boredom strikes and you need a release. But, because the autumn is here, it isn’t like you can go outdoors. Well, you can but you may get drenched. When the rain falls, you need a way to pass the time without going crazy. Watching television is an age-old favourite because there is always something worth viewing. It may be an old movie you haven’t seen in ages or a documentary, but you’ll get hooked.

Yes, there are cons to owning a TV. However, there is a good side to it, too, one which could bring you closer as a family.

A Guide to Selling Your Home in Houston: What You Need to Know