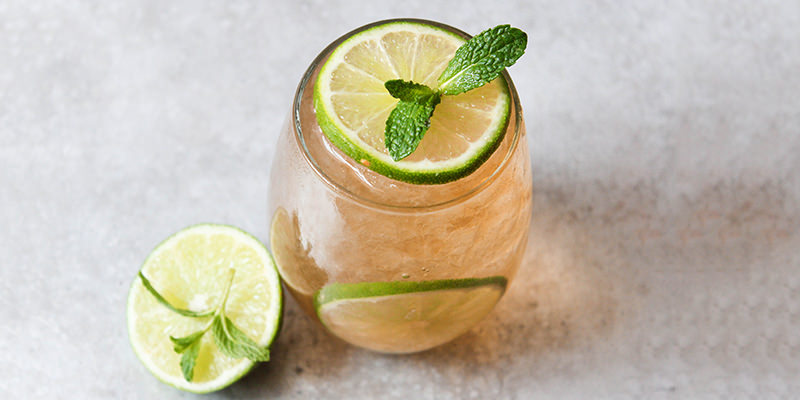 It’s probably fair to say that the idea most people have in their heads about the Irish when it comes to drinking isn’t very sophisticated. Whether rightly or wrongly, the rest of the world believes that Ireland is a nation of heavy drinkers – and we’ll give you a clue here, the correct answer is ‘wrongly.’ The idea that the Irish drink more heavily than the rest of the world is a lie, and also so is the idea of what the Irish drink when they go drinking. It’s true that many of them might like a pint of stout or dark bitter when they go to a bar (or a pub, as it would be called at home), but they’re equally likely to order a cocktail.

The stereotypes about the Irish and drinking come from a bar culture that’s developed over decades (and perhaps even centuries) and helped along by some further ideas that come from the land of casinos. Play slots or visit an online slots website, and you’ll see lucky leprechauns and pots of gold everywhere. One of the most popular online slots games in the world is a game called ‘Rainbow Riches,’ which makes its money perpetuating these Irish myths. Even ‘the luck of the Irish’ comes from a misconception about the fortunes of Irish gold miners during the California gold rush – an Irish native is no more likely to come away from one of those online slots websites in profit than you or I are!

Putting all the talk about why people keep getting Ireland wrong aside for a moment, earlier on we mentioned that the Irish drink cocktails – so we think it’s only fair we show you how to make one. Here’s how you go about putting together an Irish mule. It might not have the prettiest name in the world, but trust us – you’ll thank us for it when you’ve made it and tasted it! It might have a thing or two in common with the famous Moscow mule – but it has a uniqueness that’s all it’s own.

How To Make The Cocktail

Fortunately, you don’t need to be an experienced bartender or cocktail maker to put this mixture together. Anybody can do it, and in the majority of cases, you can do it with things that are already in your cupboards at home! Don’t despair if you don’t, though – there’s nothing in this cocktail that you won’t be able to find at your nearest convenience store.

Having acquired all of the above, you’ll be pleased to know that you’ve done the majority of the work already. The first thing you need to do is take your glass and fill it to the brim with ice. Do this according to your own taste – if you don’t like your drinks to be too cold, try using less ice.

The next thing that goes into the drink is the whiskey. Tip it all in there, and follow it up with the ginger beer. Like the ice, the ginger beer should be poured in to suit your personal tastes. If you want to fill the glass to the brim, go for it. If you’d prefer to be able to taste more of the whiskey than the ginger beer, add a little less ginger beer.

Stir the mixture together and make sure it’s all nicely blended. Once that’s done, use your sliced limes and your mint sprig as a garnish around the edge of the glass.

That’s it – you’re all done! Sit back, relax, and enjoy your nice, cool, tall Irish mule. If you’re anything like us, you’ll never look back. Moscow mules are fine, and we won’t hear a bad word said against them, but an Irish mule is sweeter and more refreshing in our opinion. There’s no such thing as having too many cocktails to choose from, so as a tasty choice that can be put together in less than five minutes, this is an excellent ‘go-to’ cocktail when you’re hosting a party or otherwise entertaining guests.

For those of you who are particularly health-conscious, it might please you to know that there’s nothing in an Irish mule cocktail that’s particularly bad for you. One single serving, assuming you put every ingredient we’ve listed above into the glass and drink it, comes in at approximately 200 kilocalories. Within that, there are seventeen grams of carbohydrates, fifteen grams of sugar, one gram of fat, one gram of protein, twelve milligrams of sodium, nine milligrams of vitamin C, and less than one milligram of iron. In other words, this is something that you can drink with a clean conscience, and it won’t require you to worry about your diet. Obviously, that might change if you have more than one – but we should all be cautious about drinking alcoholic cocktails in multiples anyway!

See also  A Wedding Vow for a Lifetime: How to Write It

As with any alcoholic drink, Irish mules should be drunk in moderation. You shouldn’t drink them before going to work, before operating heavy machinery, before driving, or before making important life decisions. On the other hand, one or two before you’re about to start dancing might make the whole process a little better. What we’re trying to say is ‘drink responsibly!’

Thanks for stopping by today and checking out our Irish mule cocktail recipe. We hope that you enjoy putting it into practice, and perhaps also enjoy sharing a few with your friends! If you like Irish food and Irish drinks, you’re in the right place. We have numerous Irish recipes on this website, and we’ll be adding more in the future, too. Keep checking back, and we’ll hopefully have something else to eat or drink that suits your tastes!

How Can Demonfall Trello Help You Earn Money?

Brighten Up Your Home with Easter Decor