Peaky Blinders has to be one of the most loved shows on Netflix. People have been going crazy over this Mafia show since the first season dropped. Apart from an excellent celebrity cast and story line, what drew the attention of most of the people was Thomas Shelby Haircut.

The cinema drama has a lot to offer to the fans. It takes inspiration from the aftermath in England of the First World War. It will not be wrong to say that the drama definitely has one of the best gangster looks. After the show’s popularity, many men had actually visited the salons requesting a peaky blinders haircut. We don’t blame them. Anyone will love having it.

Peaky Blinders featured one of the most classy outfits of all time. Like, who wouldn’t want to rock herringbone coats and baker boy hats? While it may appear a little old school to many, it is worth it.

The harsh back and side cuts have appealed to the masses. The contrast between their hairstyles and dress has surely garnered a lot of attention. Even before the launch of Peaky Blinders, fade cuts and undercuts had been everyone’s favorite, and the show has just added to the fire.

What is the Peaky Blinders Haircut?

If you’re wondering what the hype is all about, you should try watching a couple of episodes. The show is interesting and will keep you hooked to it.

When the characters are introduced, they don’t have an interesting look, and however, as time passes, they become everyone’s favorite. In the initial episodes, the hair of Thomas Shelby is “unblended and disconnected,” however, it is in the later episodes that it becomes much more sophisticated.

Almost all the haircuts in Peaky blinders feature a simple side parting. It may have quiff, slicked-back hair, or even a French crop. The versatility of hairstyles from Thomas Shelby to Arthur Shelby has contributed to the show’s popularity. No wonder the show has gained so much popularity in real life.

The hairstyle of the characters perfectly matches the gangster vibe. It is the post-war era in which Peaky Blinders is set. They launched the hipster-friendly haircut with a practical functioning. The haircut reflects how they overcome the poverty-stricken state and rise into power.

Thomas Shelby, played by Cillian Murphy, is undoubtedly one of the most popular characters of Peaky Blinders. He is the crime boss who boasts of nothing but style. While he often wears a hat, when he reveals his look, one can fall in love with him.

The Thomas Shelby Haircut is a classic cropped hair with shaved back and sides. It is the undercut that will attract you. While the sides are slightly small, the top is pretty long. Furthermore, Shelby’s hairs have textured layers and natural waves. He keeps his hair swept back in style, and on the sides, he sports a short fringe. The fringes are slightly visible over his forehead.

See also  8 Tips That Can Help You Pose For Headshots

Want to ace the Thomas Shelby Haircut? Well, you should consider talking to your stylist. Although the look appears slightly hard, it is pretty easy to achieve. This is one of those hairstyles that will suit you perfectly if you have defined cheekbones or an oval face. Moreover, if your facial structure is similar to Cillian Murphy’s, you are sure to rock this look.

Nonetheless, don’t worry if you have a different face cut. You will always have the flexibility to experiment. Isn’t it? If you want the original look of Thomas Shelby, you can either use his picture as a reference or get number three on the sides and the back.

For the top, you should request a cropped and textured cut. Nonetheless, don’t forget to add some length at the front. If you are using a brush to style your hair, make sure to blow dry it. Also, to add a little bit of drama, you should sweep down a fringe on one side.

Thomas Shelby, as said, features a textured crop cut. Therefore, you need to ensure that you clip your hair accordingly. The best way to create a contrast for the hair is to use numbers one and two for the back and sides.

If you want sweeping fringes, the hair on the top should be slightly longer. Furthermore, you should leave at least two to three inches of hair down, and it will add drama and contribute towards adding some texture and volume. It is advisable to use a grooming spray while trying this cut.

See also  Embracing a Holistic Lifestyle That Nourishes Your Entire Being

How to style your hair?

Well, getting the cut isn’t enough. If you want it to be like Thomas Shelby, you need to design it accordingly. It is advisable to use a pomade to style your hair and make sure to sweep down the fringes as you want them to be.

To create the perfect fringe, you need to create small circular motions. You can also opt for a messy look, depending on your preferred style. The right gel will play an important role in adding shine but will also provide a firm hold.

Apart from the Thomas Shelby haircut, the Arthur Shelby haircut is quite popular too. He also rocks an undercut; the only difference is his sides and back are slightly shorter, which helps create a contrasting look. Arthur has slicked-back hair that you can easily achieve if you have slightly long hair. Moreover, you can also sweep down a few strands to create a dramatic impact.

If you want to sport a gangster look, you should go for the Thomas Shelby haircut. It is funky, cool, and everything you will want to pull up the gangster vibe. However, make sure that you’re guiding your barber right, or else you won’t be able to get the look you want. 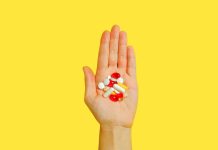 The History of Music Distribution: What It Is and Why It Matters

How to Extend the Lifespan of Human Hair Wigs?