To express the value of a currency, you have to express it in relation with another currency. Therefore, once you combine the two values, you can form a currency pair. In this article, you will get to know about the details of currency pairs and their characteristics.

What does a Currency Represent?

A currency’s value reflects many factors including the shape and health of a country’s economy, interest rate levels, GDP rate, growth rate and monetary policies. These factors vary significantly from one country to the other. This is why, you can pair currencies, and this helps equalize the factors between two countries buy determining the rate of exchange from one currency to another.

These exchange rates are essential, they facilitate trade promote investors to do business internationally. This pair of currency is what investors buy and sell, when they say that they are investing in the Forex market, or foreign exchange market.

How are Currency Pairs Constructed?

The exchange rate essentially helps determine the units of the quote currency that it would take, if you were to equal one unit of the base currency. The best way to grasp this concept is to read the currency pair from left to right.

If you take the example of the EUR/USD pair, you can find that the euro is the base currency, whereas, the US dollar is the quote currency. Now if you were to say that the value of this pair is 1.23 dollars. Then you have to keep in mind that the pair’s value shows that one euro is equal to one US dollar and twenty-three cents.

In the Forex market, investors will look at this pair and see it as a single unit, despite the fact that it involves two currencies. To a Forex trader, it is nothing different from a single asset. Thus, the trades of these currency pairs are also similar to trades in the stock, bond or commodity market.

Pairs that have a very largest bid to ask spread, usually undergo very little trading volume. While currency pairs with smaller spreads are favorites for traders to trade. Forex traders will refer to these active pairs as Major pairs.

The major currency pairs experience the most widespread trading in the market. Some of the currencies that make up these pairs include Euro, Japanese Yen, British Pounds, US dollars, Australian Dollars, and Canadian dollars.

You will also notice that the US dollar is often times the quote currency in the major pairs. While other times, it is also the base currency. Regardless of whether the dollar is the base or the quote, to express a specific pair, you will have to consider the price on top as one unit of the base currency.

The forex market is functioning around the clock and twenty-four hours a day, and the price keeps on fluctuating. This around the clock nature is something that appeals traders form other markets to enter a Forex trade.

Investors around the world in this market buy and sell currency pairs, causing the values to change every day. This volatility is what investors are looking to capitalize on, in order to profit. If an investor buys a currency pair, and sees an increase in value from their buying price, they will profit. Conversely, the pair can also drop and they can suffer from a loss.

Currency pairs in short, are the distinction between two nations’ economies and how they stand against each other. By investing in a currency pair, you are ultimately making the claim that you believe the quote currency, will rise against the base currency in the coming future.

See also  How to Look for Dependable Valuation Companies in Brisbane

How to properly implement web design in a website 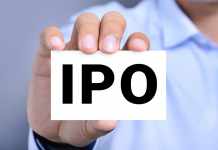 IPO Process: A Guide to Initial Public Offering in India

The Advantages of Mirrored Bedroom Furniture

Is Sparkling Water Good for You? What Are the Possible Side... 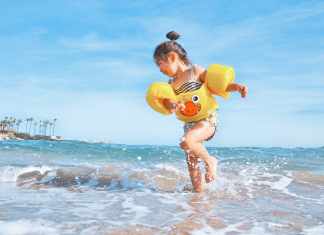