Home Fashion Beauty Everything You Need To Know About Keraviatin Supplement 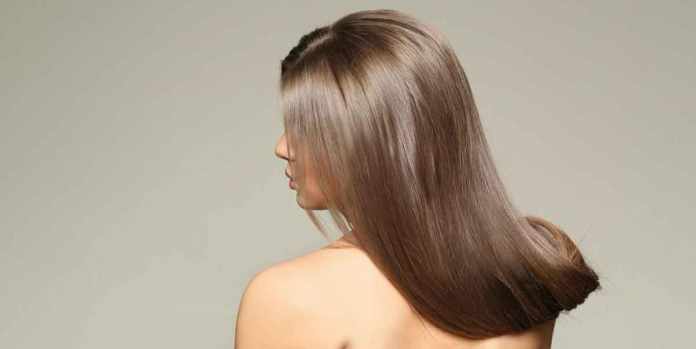 Hair is one of the most important biomaterials that our body produces. It covers almost nearly every inch of the skin, our largest organ, and it serves a variety of purposes. The mammal’s defining characteristic has evolved to help us adapt better to our surroundings and the climate we are in. Find about the Keraviatin Supplement in this blog post.

Nowadays, many people, and especially women, consider body hair a nuisance. But back in the days before beauty standards, it most likely saved our lives and helped us survive for generations. The most widely known function of it is the one for temperature regulation. In cold temperatures during winter, it keeps us warm, and in warmer climates, such as summer, it helps us sweat and cool off.

A particular patch of hair, such as our eyebrows, serve a completely different purpose. While we love to trim, pluck, and shape them, these strategically evolved hairy areas protect our eyes from the sweat on our forehead. It is also the reason why men have thicker eyebrows – because they sweat more! So, the next time you think about forming your eyebrows too thin, think again!

Additionally, hair provides us with an extra sense of touch besides our skin. That’s right, you can even feel things with it! Whereas cats have whiskers to help them sense dirt, dust, and possibly dangerous objects around their eyes, we have our eyelashes for that function. Yes, sometimes they can fall in our eyes and cause even more irritation, but we need them to prevent worse things from damaging our eyes.

Last but not least, hair is also a secondary sex characteristic, and its appearance on certain parts of the body indicate reproductive maturation. But while both boys and girls develop thicker hair growth in places like their armpits, legs, and pubic areas, only boys get notable facial hair commonly referred to as beard. Read more in detail about it on this link: https://www.verywellhealth.com/the-biology-of-hair-1068785.

The hair through history

READ  Best Nose Trimmers to buy on a budget

Practical and evolutionary uses aside, hair, especially the one on our head, has been a symbol of beauty and status for a very long time. This, at first ordinary and sometimes bothersome biological characteristic, has had the power to shape history and beauty standards for ages. You might be wondering why that is. Well, it is one, if not the most, visible feature of a person, which makes it pretty important.

Our hairstyle can reveal a lot about ourselves. Its color, if it is white, serves as a sign of age. In men, if baldness or overall hair loss happens could also indicate aging. The texture can also signify ethnic ancestry, with African Americans having a distinct type often referred to as “kinky” curls.

One’s locks were an important mark throughout the past to symbolize their belonging to certain ethnic, political, and cultural groups. One of the most notable counterculture hairstyles was the mohawk, which derives its name from the Mohawk Native American tribe, and which is characterized by shaving the sides of the head and forming the remaining stripe of hair into spikes. This hairdo is usually worn by members of the punk counterculture.

Another very famous movement associated with hair is the so-called “hippies,” a counterculture youth movement that gained momentum in the US in the 1960s. Also known as “The Flower Children,” the members of this movement preferred to wear long hairstyles down to their waists, sometimes with flowers in them. In fact, their hairstyle was so iconic it even inspired a musical called “Hair”! A lot of famous people were also part of this group, most notably John Lennon and his wife, Yoko Ono. Click here to learn more about it.

But haircuts have not served only as political statements through the decades. Many ancient and contemporary religions incorporate hair in their traditions and customs. The most famous one is the hijab, a headscarf that Muslim women wear as a sign of modesty. Another is Sikhism, a religion that prohibits its followers from cutting their hair, which they usually wear in a turban to conceal it.

Some Native American tribes also refrain from cutting theirs as they believe it symbolizes self-respect, pride, and cultural identity. Incidentally, a similar notion is also present in the Bible with the hero Samson carrying his physical strength in his long curls and becoming weak when it gets cut.

READ  Are Dreadlocks Still A Thing?

In the current day and age, it is not uncommon for people, and especially women, to change the shape, texture, and color of their hair. Hairdos are an important part of building one’s personal identity, even if that means aligning yourself with certain political movements or signaling your religion to the world. It’s all cool! Here is how Keraviatin Supplement is useful for healthy hair.

Fortunately, thanks to the internet and science, we have many sophisticated ways to safely and accurately achieve our ideal hairstyles. Nowadays, you can pick any color you can think of and apply it to your hair right at home! You can go over to the supermarket and get the latest high-end straightener or curler and look like a movie star in less than 30 minutes! The possibilities are truly endless!

However, a lot of chemical and heat treatment can deal with terrible damage to your locks. One wrong mixture of hair dye, and it can turn brittle and dry as hay. The sun also does not help matters as UV rays can harm the follicles and injure the scalp. That’s why it is important not to disregard health in search of beauty. You can check out sites like Keranique to discover more about Keraviatin Supplement.

There is a popular saying that beauty is fleeting, but let’s be honest: it doesn’t have to be! Although hairstyles are an important part of the fashion landscape and determine so much of the beauty standards, they are still byproducts of our bodies. Hair can be a messenger for when your body is telling you something is wrong, so it is crucial we pay attention to how it looks using Keraviatin Supplement.

Cost Of A Hair Transplant In Los Angeles

How to dye a human hair wig

Do’s and Don’ts for Thinning Hair In Middle Age