Home Health Discerning Between the Common Cold and Another Illness

Throughout the last nine to eleven months, many countries around the world have been doing whatever they can to stop the spread of COVID-19. Since many healthcare professionals are accommodating patients and working around the clock to ensure that patients are given proper medical attention, much of the medical community is focused on treating respiratory diseases, flu-like symptoms, common cold, and another illness.

Although there’s a steady rise of COVID-19 patients in different parts of the country, individuals will still need to be mindful that they can still be sick from the common Cold and Another Illness. One of the most common known sicknesses that have affected billions of individuals worldwide is the common cold. In fact, the common cold is so prevalent that an average individual can get sick twice or thrice a year.

But even though we know that the common Cold and Another Illness is a relatively harmless illness compared to COVID-19 or any other type of disease, both share near-identical early signs and symptoms. But how do we know that it’s just another simple cold? What are some differences between a cold, the flu, COVID-19, and any other illness? Being able to discern and diagnose appropriate symptoms can help ensure that you’re getting the right medication.

The last thing that a person wants during these “uncertain” times is getting sick in the middle of a public health crisis. When a person starts showing symptoms of an illness that has struck their respiratory system, they might have to go into quarantine and potentially lose their day job.

But how do you really know it’s just the cold? When should you start seeing a medical professional? Here’s what you’ll need to know.

What Is a Cold?

The common cold is known for being a minor infection that’s present in the upper respiratory tract. Contrary to what most individuals think, there are different variants and types of viruses that can lead to the common cold. Rhinovirus is known for being one of the most common and is responsible for two out of five cases of colds.

Colds may also be seasonal. But colds can happen in almost any climate, even in tropical countries that don’t have proper medical equipment. The rate of infection is particularly high among school-aged children.

Colds vs. the Flu: What’s the Difference?

There has been a lot of misinformation and confusion regarding the differences between the cold and the flu. Both are respiratory illnesses, and both have similar symptoms. Although both have near-identical symptoms, they are caused by different viruses.

Generally, the flu has more severe and acute symptoms than the cold, which is known for dragging on. The flu can also cause body aches and fatigue, depending on the severity of the infection.

It’s important to note that antibiotics do not work against viral infections since they are specifically designed to kill bacteria. One of the best ways of reducing the rate of infection among the household is by directly addressing the mode of transmission. After all, prevention is better than having to cure the sickness.

It’s important to note that much of the respiratory illnesses we have discussed will travel through the air using droplets. Although much of these microbes are transmitted to the air by coughing and sneezing, one of the main contributing factors that lead to airborne infections is staying indoors with poor air circulation. In fact, studies have shown that the risk of infection from COVID-19 is higher indoors, especially in areas where the ventilation system recirculates air.

Fortunately, some duct cleaning services can help keep your home’s ventilation system and airways clean and free from allergens or disease-causing microbes that might be suspended in the air. Having your home’s HVAC system cleaned won’t only keep inhabitants healthy, but this is also known for improving the air quality.

Being aware of the signs of symptoms of the common cold can give you insight into your current situation. If you have a common cold, then there’s no need for you to be worried about anything. In several cases, you might be experience symptoms that are quite similar to the flu and allergies.

If you’re in doubt, you can always see a doctor. It’s important to remember that most healthcare professionals are taking precautionary measures for patients who might show the same symptoms of COVID-19. Thus, you might want to call your doctor before visiting. 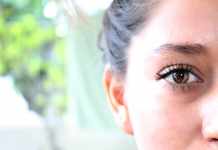 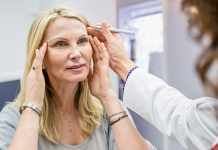 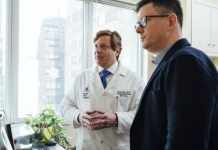 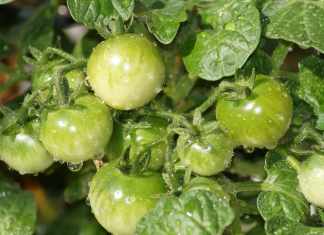