Home For the Home Technology Which VPN protocol should you use?

VPNs or Virtual Private Networks have the primary role in hiding your web browsing data, among other functions. How do they do it? They change your IP address, encrypt data, and take all cautions to make data undetectable. But if you’ve never used a VPN application before, choosing one can be stressful because the market provides a range of different protocols, and each has unique properties. To help you determine what protocol fits your online activity, we put together a list of the most common use of use VPN protocol and their advantages and disadvantages.

But before discovering the most popular types of VPNs, let’s find out what a VPN protocol is.

A VPN protocol is a set of processes and instructions created to facilitate a stable and secure use of servers. A simple way to define it is to say it’s a mix of encryption standards and transmission protocols.

IKEv2/IPsec has gained tremendous popularity lately, especially among mobile users. The Internet Key Exchange version 2 is a mix of different tunneling protocols with IPsec security technologies. Cisco and Microsoft created the first version in 1998 and launched it under the name Internet Key Exchange. In time, the first version experienced upgrades, and now we have the IKEv2 that secures Internet connections by making them invisible to third parties.

It’s one of the latest protocols widely accepted and used. The corporate environment heavily relies on IKEv2, mainly when companies use Blackberry technology for security. But it also supports other platforms like iOS. The upgraded version was created to enhance mobile security and allows handsets to switch from a Wi-Fi connection to mobile Internet without leaving the VPN tunnel. The IKEv2 comes with multihoming technology that manages network changes.

Its speed makes IKEv2 one of the most VPN protocols on the market. Depending on the environment where you use it, it can even be the fastest protocol available nowadays. If you want to find more about it, read more about ikev2/ipsec protocol here.

OpenVPN is an open-source protocol that continually evolves to match cybersecurity requirements. This protocol uses TLS and OpenSSL technologies in the main, but it also relies on other minor technologies. The drawback is that you cannot use OpenVPN with any operating system because it doesn’t have native support like SSTP or PPTP. To use it, you also need to acquire a third-party VPN client.

Usually, premium VPN providers use it because they can create their VPN clients and establish on what devices to install it.

SSTP is compatible only with Windows, so if you want to use it with something else, look for another solution. The provider offers support for Linux and macOS, but its functionality doesn’t match the required performance. Windows developed and wholly owns SSTP, and this is why you can mostly use it with Windows. Also, there is a chance that Microsoft has integrated backdoors into the standard at the behest of the USA government. But there’s no evidence of this aspect.

Another disadvantage when using it is that it relies on the SSL 3.0 encryption standard that has known security issues. But people still use it because it can defeat most forms of VPN blocking. After all, it uses TCP 443.

L2TP often comes with IPsec, also known as Internet Protocol Security that includes the technology needed to manage the authentication between your computer and the VPN server. IPsec also contains technology to encrypt data at multiple levels and make it impossible for any third-party to access your encrypted data.

L2TP doesn’t have as many vulnerabilities as the above protocols, especially thanks to its association with the IPsec. Both individuals and corporations use the Layer 2 Tunneling Protocol.

The most significant disadvantage associated with this VPN protocol is that it can be blocked, especially if you live in a country that forbids the use of VPNs. L2TP/IPsec uses quite a few network ports, and when they’re closed off, the VPN fails to work.

You can choose from two standards if you want to use the Layer 2 Tunneling Protocol, 3Des and AES, but most people use the second one because it’s impossible in theory to brute force crack it, no matter what technology you use.

PPTP is often called the dinosaur of VPN protocols because it’s one of the industry’s oldest services. But the association is wrong because PPTP is far from getting extinguished from the market. People like it because it’s easy to set it up and provides universal support.

Even if it’s an old solution, it’s speedy compared with its competitors and packs strongly-encrypted protocols. But like all the other VPN protocols, this one also has vulnerabilities in its security measures. A government can easily break in and source the information it needs.

The above protocols are only a factor to consider when you choose a VPN service.

READ  Pirate Bay Mirror and Things You Should Know About it 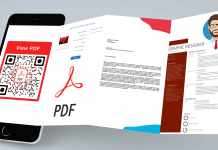 Sarah Nova - April 23, 2021 0
Have you recently completed your residency? Are you eager to start your career as a doctor? The path toward finding a rewarding job can...