Home Misc What Do You Really Know About Cannabinoids? a Comprehensive Guide

As the popularity of cannabis climbs, more research is finding out how wonderful this plant really is. And while you may be aware of THC and the CBD boom, you may not have known about the other cannabinoids it contains.

Now cannabis is getting more recognition for its medical effects, its recreational use has also increased. But, how can you be sure which type of product is right for you? In this comprehensive guide, you’ll discover the different types of cannabinoids, their properties, and how their effects can benefit you.

Cannabinoids are a chemical compound derived from the cannabis plant. They come in many different forms, each with varying effects. As they enter the body they interact with receptors in the cannabinoid system. This either triggers or inhibits the release of neurotransmitters in the brain.

What Is The Endocannabinoid System?

The endocannabinoid system (ECS) comprises a network of receptors in the body that interact with the different cannabinoids. These receptors are in different parts of the body, such as in the brain, immune system, and reproductive organs.

This is the most common type of cannabinoid. It is well-known for its psychoactive effects which produce the euphoric “high”. It binds to receptors in the brain to release dopamine, making users feel uplifted. While this helps with conditions like depression, it is also good for reducing pain.

READ  The Most Fun and Innovative Live Roulette Games

This is the second most common cannabinoid. It has recently become popular for its health benefits without the high you get from THC. Various types of CBD have been shown to relieve pain and inflammation, to have neuroprotective effects, help reduce skin conditions, IBS symptoms, and many other health benefits.

The next cannabinoid to recently enter the arena. It is formed after THCA (THC derivative) is exposed to oxygen and broken down. Generally speaking, the more CBN there is, the less THC. It has similar properties to CBD, including anti-inflammatory and sedative effects.

CBG is a minor non-psychoactive cannabinoid that comes from CBGA. This is where other cannabinoids start out in the plant before degrading to produce THCA and CBDA. CBG has antibacterial properties which help with inflammation, pain, and can even inhibit cancer growth.

This is one of the lesser-known cannabinoids and is the product of CBGA breakdown. It is similar to CBD in that it has many useful health applications such as pain relief. But it also aids in the reduction of sebum, to promote healthier, clear skin in those with conditions such as psoriasis and acne.

The cannabis plant has been used throughout history for its many health benefits. We’re only now starting to uncover what those benefits are and what specifically is causing them.

As research into cannabinoids continues, we’re able to discover which specific properties are held by each compound variant. This ground-breaking research means that patients suffering from all kinds of conditions can finally benefit from this miracle plant, without the need for pills and potions.

READ  Maximize Your Winnings with These Slot Machine Strategies

For more great lifestyle information, be sure to check out more from our blog today!

How to Create a Second Income Through Handicapping

5 Tips for Choosing the Right CBD Oil for Your Pet

How to Make Money as a Model on Gay Cams 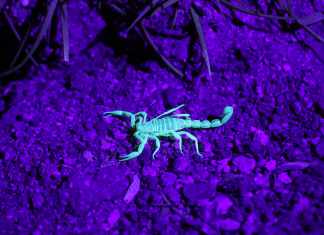