Home Lifestyle Things You Can Do To Be More Green 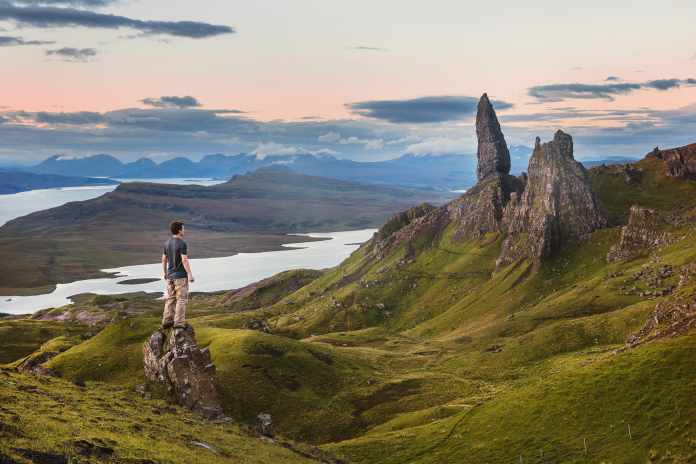 While most people want to protect the planet, it is not always the easiest option for the average person. Not only can it be hard to make overnight changes to your routine or lifestyle, but it can also leave you struggling with ideas, especially if you don’t consider yourself a very creative person. Figuring out a list of things you can do to be more green isn’t easy, but sometimes a little push or a single idea is all that you need to move forward.

Groups like TRVST promote the idea of online thrift stores being the best way to buy new clothing and other consumer items, and that is a hard point to argue against. Not only do thrift stores often sell items at reduced prices – especially older ones – but they also ensure that a product can see new life as part of your home or wardrobe. Second-hand clothing is a huge market that people will continuously flock towards, meaning that the clothing involved is always being re-used.

When you buy new clothing, you generally have two options. You can either get it from the manufacturer directly, which often uses up a lot of resources (one t-shirt can take hundreds or thousands of gallons of water to produce), or you can buy it second-hand from a previous owner. While there’is a slight stigma against pre-owned clothing, the majority of it is perfectly wearable.

Throwing things away hurts the planet. While it can be tempting to throw away something that you no longer need to clear the space, it doesn’t help anybody. More often than not, an item that you are throwing away will just end up being dumped in the ground somewhere. If you want to protect the planet, then the best place to start is in your own home, by re-using whatever you don’t need anymore.

It can be relatively simple to turn an old item into something new. Old containers can be stacked to make a bookcase, and a broken wheelbarrow might make an excellent planter for larger bushes. Food packaging is rarely recyclable, but you could turn them inside-out and use the internal foil materials as a heat reflector for your own personal greenhouse project. Even clothes that are damaged beyond repair can be re-used as fabric for cushions or as bedding for a family pet.

A huge part of the zero-waste lifestyle is being able to turn old items into something new, but it is also extremely important to repair older items as often as possible. This could be anything from a coat getting new patches to an old music player being fitted with new wires or a makeshift antenna in place of the old one: the longer you can keep a single item running or working as expected, the longer it takes before you might have to buy a new one.

Making your own repairs can also be a good way of using up spare material, letting it cross over with re-using your existing possessions. For example, you might end up using some spare tin cans to replace the feet of a table that is wobbling, or take wood from an old bookcase and use it to repair another wooden item. The more you can avoid throwing away, the greener your life becomes, so don’t hesitate to experiment with what you own.

Keep in mind that some repairs are far easier than you might expect, too. While ‘life hacks’ can be a good source of ideas, sometimes it just takes a bit of ingenuity, especially when working with electronics. Sometimes, a simple solution can work wonders and keep your device running properly for another year or two past when it should have failed.

See also  4 Reasons Why Online Learning Is Not For Everyone

The best thing you can do to stay green is to weave these ideas into your daily routine as habits, rather than seeing them as a special case. If you can trick your brain into doing these green actions as a normal part of life, then it becomes much easier to reduce your overall waste production and enjoy a greener life without the stress of forgetting your goals. Even better, if you plan to start a family later in your life, you can pass those habits down to them too.

The most significant part of trying to aim for a greener life is making sure that it isn’t just a phase, and that you can keep it up long-term. You will make the most difference when you are able to reach a greener life and maintain it, rather than just dropping it like it is a fad. You don’t have to jump straight into a zero-waste lifestyle with no preparation, though: simple steps can be more than enough to help you gently improve the way you live your life.

Most people buy food on a weekly basis, if not even more frequently, and that means that there is a lot of waste being created. By purchasing the right kinds of products or asking for specific changes, you can reduce the waste being produced from your purchase and ensure that you are not personally accountable for packaging that you can’t recycle. For example, buying blocks of cheese rather than smaller cheese in packaging can help, as can buying blocks of butter in soft paper. Getting fresh bread from a nearby bakery is an excellent way to make sure that your loaves aren’t coming in plastic, either.

It can be harder for more specific items like sauces to find in glass bottles rather than plastic, but they are still usually available somewhere. Picking out glass bottles for liquids is often a much less polluting option, especially for things that most people will buy on a regular basis such as milk. You can do something similar for cereal and other related items by choosing packaging that is mainly paper or cardboard rather than the plastic containers.

One way to technically reduce your waste creation while still cutting down on the number of times you buy is going for single, larger alternatives. Yogurt is a great example – a single large pot can be far less polluting and wasteful, but actually, it will give you more yogurt for the same price. Larger pots are also far easier to re-use. The same can be said for other food items that use multiple pieces of packaging.

When you are looking for certain items that multiple brands offer, supporting the brand with less of a polluting impact is a small way to nudge things in their favor. While it is true that some companies have almost a monopoly on specific items, alternative products can be less polluting and means that you aren’t supporting the wasteful companies directly. It is only a small change, compared to some of the other options you can have to make your life greener, but it is one that can add up quite quickly.

Keep in mind that there won’t always be alternative brands for highly specific items, so if you desperately need them, you might have to swallow your pride and buy them directly. As long as you make changes in other areas, though, it is not hard to lead a green life with only a minimal output of waste and pollution.

The History of Music Distribution: What It Is and Why It Matters

How SEO optimization can help your site?