Home Lifestyle Military Haircut: What Type of Men Is Suitable 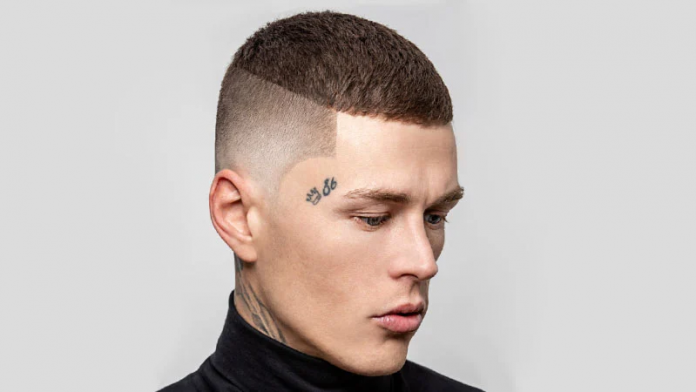 The military haircut has become popular among the civilians since the end of the second world war. The haircut became popular around this time in the military to reduce lice infestation because of the poor living hygiene among the army at that time. Hence, the buzz cut came into the limelight, and if you click here you can find why.

It is noted for its ability to give the hair a short uniform length on all sides. The buzz cut is somewhat different from the crew cut as the later still permits keeping long hair in the top part of the head. However, the buzz cut is the most widely accepted of all the military hairstyles.

However, the popularity and generality of the buzz and crew military cuts do not mean that all men can have these hairstyles. So, what type of men, facial features, and face types goes well with military hair cut in general, or the buzz cut specifically?

The Buzz cut is characterized by short hair on the sides and back of the head as well as the top of the head. However, this military hairstyle still has different stylings, and the three popular buzz cut styles are the Induction, the burr, and the butch.

The Induction: The Induction is the shortest of these three buzz cut hairstyles. The name is gotten from those who particular wear the style in the military. The fresh recruits are the ones who are mandated to have the induction buzz cut hairstyle. This is the shortest cut you can do with a clipper without using a razor blade. The haircut can also be done at home without having to use a guard while cutting.

The Burr: The burr style is longer than the induction hairstyle, but not as long as the butch hairstyle. It offers a balance in texture and definition to the face. It can also be done by anyone in their homes’ comfort, using a size 1 or 2 guards.

The Butch: The butch style is the longest of the three buzz cut hairstyles. This does not necessarily translate to it being too long. In fact, it is still shorter than the crew cut hairstyle. However, butch can still be styled using haircare products. It can also be cut using guards between 3 and 5. The butch hairstyle is recommended for men with larger ears as it gives a softer and less chiseled look.

READ  A Simple Guide To Surviving And Thriving At College

The Buzzcut hairstyle offers a soft texture while keeping the same length on all sides. This means that this hairstyle is best combined with facial hair and stubble for anyone who requires a hard texture. Also, the buzz cut helps to maintain your true facial structures. This means that they do not help with any adjustment of your facial proportion; instead, they reveal all the features and shapes of your face. This is why it is best to know the face shapes’ ideal match that works with the military buzz cut hairstyle.

The diamond face shape is characterized by obvious cheekbones and other sharp facial features. The military buzz cut hairstyle will work best for individuals with this face shape. This is because the hairstyle offer’s soft texture, hence giving the diamond face-shaped individuals a softened look.

Those with oblong faces often find it difficult to find a fitting hairstyle; this is because of the length of their faces. However, the military buzz cut hairstyle can fit them best as it makes it appear like the shape of the face is shortened. It also adds a bit of bulkiness to the facial features.

Those fit square faces are the best fit to have the buzz cut hairstyle. This is because the hairstyle even makes their pronounced jawline more obvious. Hence, giving them the bold, heroic appearance. The hairstyle also helps to reduce the hard texture of the face while keeping the cheeks straight.

READ  How high is the THC Vape Juice

Those with a heart face shape can also have a military buzz cut. However, they should be careful with cutting the forehead area. This is because the buzz cut naturally reveals the forehead, making them look like babies. Hence, the forehead area can be left with some hair while still maintaining the reduced hair length.

Individuals with triangular face shapes can also opt for a buzz cut. However, the forehead can be thrown out of proportion. Hence, such individuals should consider keeping heavier stubble together with a longer buzz cut.

Some face shapes are not compatible with the buzz cut hairstyle. For instance, the buzz cut will not be able to add enough texture to the round face shape. Hence, the angular transformation might be lacking even after having this haircut. Hence, having a fade or an undercut incorporated into their hairstyle will go a long way in making a good difference for individuals in this category.

Whether a buzz cut or a crew cut, the military hairstyle works for men who want to choose professionalism and a bold look. These haircuts work best in the corporate industry. It can also be made for casual occasions. However, all these largely depend on the shape of the face. Hence, consider the shapes explained above before taking the step to have the military haircut.

The Luxury Watch Brand You May Never Heard Of

Things to Do When You Are in Jamaica

Sambit Barua - September 22, 2020 0
Jamaica is situated in North America and is an island country. It spans over an area of 4,240 square miles. Jamaica is the third...

Things to Do When You Are in Jamaica