Home Travel How do they track the flight of the aircrafts?

With the rapid development of global economy and recent trends for increased globalization, airports have become the most essential hubs for millions of passengers worldwide. They choose travelling by air as the safest and quickest way to cover many miles to reach the point of destination. The overwhelming popularity of civil aviation and the constantly rising traffic of aircraft passengers created an urgent app for flight-tracking services that could indicate the actual position of the airplane in the air. While this technology was available only to the military even a couple of decades ago, today each and every passenger can benefit from flight-tracking apps stored on their smartphone or laptop. The services like the Flight Radar 24 and similar are now fully accessible to the masses.

What devices are used to track the airplanes in the sky?

When seeing such a great number of civil aircrafts on the screen of their flight-tracking app, an average user might have a question about the technologies used to determine the actual location of the airplane. In fact, there is no secret technology that stays behind the invention of these popular apps tracking the flight status of commercial aircrafts. Actually, all the tracking process occurs due to hundreds of thousands of primary and secondary radars located around the globe and scanning the sky for security purposes and more. However, it should be noted that just using the information from primary radars only is pretty unreliable activity, as they can give only approximate position of the aircraft. Therefore, the info obtained by primary radars must be further adjusted.

This is where special devices called transmitter-responder come to the scene to provide flight trackers with mathematical preciseness. The main function of this vital device is to ensure adequate communication of the aircraft with the services located on Earth. Since every commercial aircraft is equipped with a special transponder that sends unique codes about the flight (speed, direction, height, etc.) back to the radars on Earth, the data from transponders is the main source of information in flight-tracking apps.

It is also necessary to point out that these transponders can work within several surveillance systems ensuring the flight-tracking process. The first system is called secondary surveillance radar or SSR. Today, most civil aircrafts communicate with these SSR systems of the second generation known as SSR Mode S. This system is very precise and allows users to impeccably track the fast moving aircrafts. The second system is called the Automatic Dependant Surveillance Broadcast or ADS-B. It is mainly based on the GPS technology and can reportedly give a larger package of information about the flight then the SSR Mode S.

Are these devices reliable?

When speaking about the reliability of these devices, it should be noted that they are known for their flawless operation, as they are meant to serve as the core source of information for those persons controlling the flight traffic in the sky. Technically, a transponder can be even turned off on certain aircrafts upon the necessity, for example during some emergency situation. At the same time, they can get damaged or broken or something like this due to some technical problems. However, these situations happen very rarely, as both the SSR and ADS-B systems are tested many times to achieve their utmost reliability. As the mission of transponder is not only to allow people to track planes in real-time but also ensure safe and protected flights. 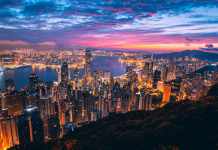 Tasks to Assign Different Family Members When Caring for a Loved...

Tips To Pick A Perfect Long Lasting Perfume Or Cologne?

Sambit Barua - June 19, 2021 0
Much has changed in the last few decades about the way people view phone service. Some people still have landlines, others only have mobile...