Home Lifestyle Games and Hobbies According to stats Floyd mayweather landed 58% of power punches versus Conor...

It has been two years since one of the greatest bouts in the history of boxing. It was fought between the ace boxer Floyd Mayweather Jr. and the UFC Champ Conor McGregor. The fight between Floyd Mayweather Jr. and Conor McGregor came to be known as “The Money Fight” and “The Biggest Fight in Combat Sports History”. Where on one side we had an undefeated eleven-time five-division boxing world champion Floyd Mayweather Jr, on the other corner there was two-division mixed martial arts (MMA) world champion and, at the time, UFC Lightweight Champion Conor McGregor. The fight took place at T-Mobile Arena in Paradise, Nevada, on August 26, 2017. The weight class which was agreed upon was the light-middleweight weight class (154 lbs; 69.9 kg). Although it was scheduled for twelve rounds, it was ended by the tenth round.  The match recorded the second highest pay-per-view buy rate in the history of combat sports.

After the 10th round victory over pro-boxing debutante Conor McGregor, Floyd Mayweather Jr. stood in the centre of the ring with a spotless 50-0 record. The fight was scored 87-83, 89-82, 89-81 for Mayweather through the first nine rounds before referee Robert Byrd stepped in and halted proceedings in the tenth round. The TKO of McGregor was Mayweather’s first stoppage since he defeated Victor Ortiz in 2011.

If we look at the match round-by-round and analyse how it progressed it will help us paint the entire picture.

McGregor was very strong with his start. We saw him cornering Mayweather into the ropes a couple of times. He seemed calm and composed. We saw McGregor using his right jab strategically both as an offensive as well as a defensive tool. This round was in favour of McGregor.

As the second round began, McGregor was again the one dominating and dictating the pace of the round. But we also saw Mayweather gaining some momentum as he threw more punches than he did in the first round.

McGregor’s was warned because of throwing a couple of hammerfists at Mayweather. This was a totally normal move in the MMA world but inside the boxing ring it counted as foul play. Mayweather angered by the same, threw several serious punches.

It was since this round that things began to shift in Mayweather’s direction. Mayweather initially backed up and allowed McGregor to fire a few shots, none of which land cleanly. And then eyeing his chance, Mayweather landed several clean punches of his own.

By the fifth round, McGregor started to lose his form. His strikes started to get weaker and he was literally swiping at Floyd. Mayweather took advantage of the situation, firing a quickfire combination making McGregor breathe heavily with fatigue.

This round played a pivotal role as once again McGregor retorted to unfair play, launching several punches while Mayweather’s back was turned round. Mayweather decided to exhibit his defensive talent.

Mayweather landed some pretty hard left jabs and a few straight rights on McGregor. The UFC champ had no answer to this combination from Mayweather.

By this time, McGregor was done, he threw some punches, but none of them made any impact. It is when McGregor  threw another illegal blow, what we call a rabbit punch. This just annoyed Mayweather. And the Boxing Champ launched a clean right-hand punch and then another. These hits from Mayweather were bang on the money.

McGregor went below the belt in this round. It did  have some impact on Mayweather but he recovered quickly. Mayweather then started to hammer hard punches into a tired McGregor.

Mayweather literally battered McGregor at the start of the tenth round. He was delivering hard lefts and rights which left McGregor bleeding. After another shower of punches, the fight is stopped, and Mayweather is declared the winner via technical knockout.

According to the latest UFC news updates, the former UFC giant, Conor McGregor is all set to return to the Octagon. This news has been confirmed partially by the UFC President, Dana White himself. It is now being speculated that Conor McGregor now understands well that in a clash between a brand and its fighters, it is the brand that survives. He is now eyeing a return to the octagon ring after a period of one year, and the last time he was in the match, he was knocked out to a defeat.

Some are also attributing Conor’s dip in confidence to his loss to Mayweather. Conor walked into that boxing ring a champion but by the time Mayweather was done with him, he had completely changed. Although boxing was never Connor’s area of expertise but still losing the match to Mayweather did have some sort of psychological impact on the UFC Champion. In his last fight which he fought against Khabib Nurmagomedov, Conor didn’t seem like his usual self. The Conor we used to know was as confident inside the octagon as he was outside of the ring. But in his most recent encounter against Khabib at UFC 229, he was all talk and no show as he submitted to a vicious neck crank from Khabib. Conor’s previous UFC Results sing an entirely different song from what we saw inside the octagon against Khabib. Not once did it seem that Conor even had a chance, he was completely dominated by the Russian.

Now that Conor is all set to make a comeback to the Octagon, it is going to be exciting to see whether Conor has gained his confidence back or if it is going to be just a verbal effort from Conor once again. While it is now a popular opinion that Conor doesn’t have it in him what it takes anymore, and must retire till it’s time to do so graciously, McGregor’s fans still want to see their champ rise up to glory once again. What is in store for Conor in his future, only time will tell! 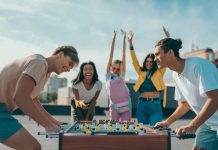 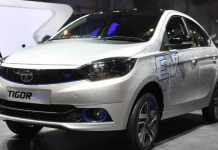 Why High Fashion Home Decor Is a Great Addition to Any...

7 Great Ways to Spend your Holidays in Sydney 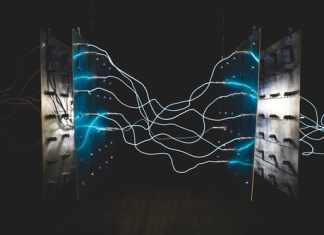