Home Fitness Medical What Are the Early Warning Signs of Parkinson’s Disease?

Did you know that there are 100 billion neurons in the human brain? That’s quite amazing when you think about it.

As it is, however, there are several conditions that can affect the nervous system. Some of the most common ones include Alzheimer’s, epilepsy, multiple sclerosis, and cerebral palsy.

Another example is Parkinson’s disease. According to the NIH, more than 60,000 cases are diagnosed each year. In fact, it’s the second most common neurological disorder behind Alzheimer’s.

Do you know someone with the condition? Want to know what the early warning signs of Parkinson's are?

If so, you're on the right page! We'll be going over all that you need to know below. Keep reading to learn more!

What is Parkinson's Disease?

Parkinson’s is a progressive disorder that affects the brain. More specifically, it impacts the part that controls movement.

Often referred to as an “older person’s disease”, it is typically seen in those over the age of 60. However, it can also develop in those who are much younger.

While there’s no cure, there are medications that you can take to manage the symptoms. In some cases, surgery might also be an option.

Early signs of the disease can be hard to detect—especially if they occur intermittently. Here are some to watch out for:

Parkinson’s disease often begins with a minor tremor. For example, there might be slight shaking or twitching of the hand, finger or foot. More often than not,  they will not be noticeable to others.

As the condition progresses, however, the tremors will get noticed by others.

Small handwriting is characteristic of early Parkinson’s. Due to changes in the brain, individuals will have a hard time controlling fine motor movement.

Not only will the letters be smaller than usual, but the words might also look cramped. In fact, the size might get smaller and smaller as they continue to write.

Parkinson’s can affect your speech. It’s not uncommon for those in the early stages to speak in a hoarse voice, low tones, or with minimal inflection. They might also speak more quietly.

Over time, they might also start to slur their words. As you can imagine, this can make communication more difficult.

The disease can make it difficult for some people to control the small muscles in their faces. As a result, they might have a blank stare—this is referred to as “facial masking.”

For example, it's not uncommon for them to blink less. If there's a smile, it will also seem forced.

Changes in posture can be an early indicator of Parkinson’s disease. Keep in mind, however, that they tend to occur gradually—that is, you won’t notice them overnight.

For instance, an individual might have stooped shoulders, forward lean of the head or body, or decreased back curve. This is due to the body’s inability to coordinate movement.

Eventually, Parkinson's will lead to other motor problems. In addition to tremors, an individual might experience stiffness of the arms and legs, rigid muscles, problems with balance, and slow movements.

In some cases, there might be more severe symptoms such as psychosis, depression, hallucinations, and anxiety. In addition to that, it might affect their memory and attention.

Talk to your doctor if you have any concerns regarding your movement or behavior. Remember, you know your body better than anyone else. The earlier you start treatment, the better the prognosis.

Unfortunately, the exact cause is unknown. Scientists, however, believe that it’s due to low levels of dopamine—a neurotransmitter in the brain.

It’s also suspected that Lewy bodies (abnormal clumps of protein in the brain) play a role in its development.

Who's At Risk For Parkinson's?

Certain groups of people are at a higher risk of developing Parkinson’s disease. For example, men are 1.5 times more likely to receive the diagnosis.

Caucasians are also at an increased risk compared to Asians or African Americans. Exposure to certain toxins can also predispose an individual to the condition.

There's no cure for Parkinson’s disease. However, there are medications that can help control symptoms. Surgery is also an option for those who are in the later stages.

Recent studies have also suggested that medical marijuana aka cannabis may be an effective treatment. You can learn more about how medical cannabis helps at Erba Life.

Lifestyle changes play a role as well. For instance, physical therapy can improve an individual’s balance. Likewise, speech therapy can help with their communication.

Parkinson’s disease can lead to a number of complications. For instance, an individual might experience swallowing problems, sleep problems, and bladder problems.

Fortunately, most of these are treatable.

Thinking difficulties are also common in the later stages. However, these problems are generally not responsive to medications.

There’s no surefire way to prevent the disease. However, research suggests that certain lifestyle factors such as exercise may have a protective effect.

Consider genetic testing if you have a family history of Parkinson’s as certain genes may be connected.

As you can see, there are several early warning signs of Parkinson's disease. When in doubt, visit the doctor—they'll be able to help you with your symptoms.

Do you have anything that you'd like to share? Perhaps you know someone with the condition? Let us know in the comments below! 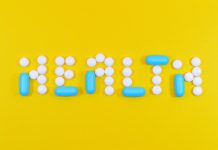 What should consider before taking Ambien?

CBD Tincture vs Oil: Which Is More Effective?

What Do CBD Gummies Do? Effects, Dosing , And More!

Sarah Nova - July 15, 2020 0
If you have recently got engaged or even if you are thinking about getting married in the future, then you are about to have...