A PC needs to be well ventilated to function to its full capacity without being throttled due to high temperatures. Most of the time, improper ventilation may be caused by the gathering of dust inside the case, building up between the components and especially around the fans. A hotter computer will cause the fans to spin even faster, trying to compensate for the lack of proper cooling, which in turn will make the computer run noisier than normal.

Throttling due to overheating is the main issue caused by dust buildup. Depending on the workload, a processor will produce more or less heat. Even when the computer is idle, good ventilation is needed to maintain a constant temperature. Under heavy workloads, such as gaming, the processor and, especially the GPU will receive more power to satisfy the demand for performance, leading to more heat being produced.

Throttling refers to when power to these components is reduced due to overheating. If no proper ventilation is provided, the components, such as processor and GPU will receive less power to avoid any physical damage to the components, leading to less performance. The process of cleaning the components inside the computer is a delicate matter. They can be easily damaged if it’s cleaning the wrong way. Air cans are the most efficient way of blowing out the dust from the components, even dust found in unreachable places.

Because the components such as the motherboard have many exposed parts, conductors, pins, and others, when using the air can, enough distance should be kept between the area that needs cleaning and the air can. The pressure from these cans is quite strong and maintaining the proper distance from the components is essential to avoid any accidental damage. Temperature can be monitored in real-time with the help of different software such as HW Monitor or MSI Afterburner. These applications, especially HW Monitor, show a detailed description of what goes on while the computer is running. MSI Afterburner can show CPU and GPU temp while gaming, as well as RAM usage which can help determine whether or not the components are overheating.

See also  How to Create Videos for Digital Marketing in USA?

Using air is the main way to cool a PC. For the inside of the case to be cooled properly, a positive airflow must be maintained. What this means is that there should be more air entering the case than leaving it. If there is more air leaving the case than entering it, that is called negative airflow. This creates a vacuum on the inside of the case forcing air to enter through different areas of the case and unable to guide the hot air out. A good way to receive positive airflow is by having more fans at the front to serve as the intake fans and another one in the back serving as an exhaust fan.

Liquid cooling works almost the same as air cooling except the air is used to cool the liquid inside of a radiator, usually located behind the vents and the cooled liquid travels to the processor and this cycle is constantly maintained. Liquid cooling has proven to be a more efficient method of cooling the PC for it to perform to its highest potential.

Liquid cooling your system is a more complicated process than the simpler air cooling. To make things easier, liquid cooling kits have been made available to allow a more comfortable PC building experience based on water cooling. The alternative is more custom-oriented, relying on yourself to assemble the cooling system such as cutting and connecting the tubes and making sure to secure them with the right fittings. Leakage is the major concern for most first-timers building a custom made cooling system.

See also  Awesome Tips in Setting Up Your Home Theater

Today, games are being made to run on as many systems as possible and not use the resources in such an intensive way, others are made to run on all platforms, from PC and consoles to mobile phones and tablets. Many games are developed as social games that use fewer resources than the latest triple-A games, which are more intensive and put more stress on the components. Games such as social casinos, for example, use very little resources and are made to run on all platforms. Online casino games such as Book of Ra do not require as many resources to run properly and people having issues with their components heating will have nothing to worry about. The game is less resource-intensive and can run on both computers and mobile devices. However, this does not mean that proper cleaning of the computer should be avoided.

Even if not playing intensive games, regular usage of an internally dusty and not well-ventilated PC will lead to damage to the components over time. Cleaning inside the computer may seem a bit intimidating at first, however, it is not that hard and the benefits of cleaning it are many. Many videos can be found online, including steps to take apart the computer and putting it back together. Even something as simple as taking the side panel of the case off and blow out the dust using air spray will be enough to help reduce the accumulation of dust and debris over time.

Richest Gaming Company: The Highest Earners In the Field 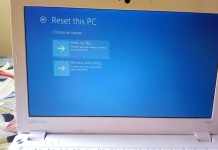 How to Format the Laptop: A Complete Guide to Formatting

mindmingles - September 17, 2021 0
Experience the local culture on holiday is of course what you want to do as a tourist. Read a menu, order a drink or...