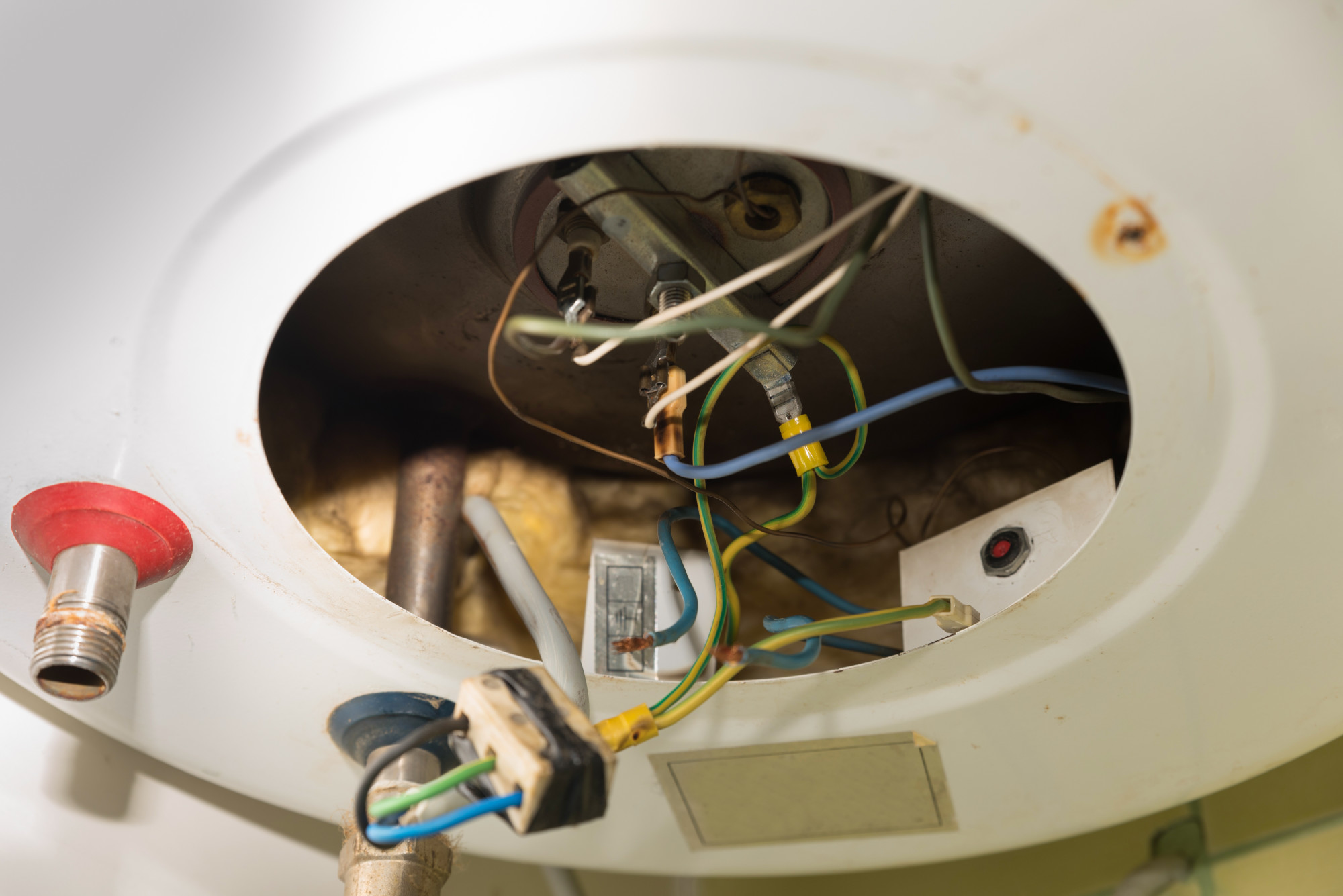 Isn’t it nice to take a hot shower, especially in the middle of winter?

It not only makes you feel good, but it also has proven benefits for our health. To name a few, it helps with pain, it lowers stress, and it soothes our mind and body.

To get a quality hot shower, however, you must make sure your water heater is working. But how do you know if the one you have at home is still up to the task? How do you identify a water heater failure?

There are telltale signs. A water heater tells you it’s nearing the end of its life. You only have to know how to listen.

Read below how to spot the seven signs it’s failing.

Your water heater isn't heating water correctly? Then it’s not doing the job you bought it for, which means it’s broken or close to failure.

The lack of heating might be due to the sediments that have settled on the bottom of the tank. The standard heaters store 30 to 50 gallons of water. As water stays and flows through it, the minerals from it settle to the bottom.

The problem is that the burner is at the bottom, too. If those mineral deposits build up, it can create a barrier between the burner and the water. This results in an overworked heater because it has to work much harder to heat the water.

The symptom is the lack of hot water or if it takes too long for the hot water to come out. Eventually, the heater will fail due to overworking. It might also leak, creating a whole other problem for you.

Speaking of, minerals settling at the bottom of the tank isn’t the only cause of a leak. It can also be due to corrosion inside the tank, leading to cracks.

Metal expansions are a common cause, as well. You might have learned from school that metal expands when heated (and contracts when cooled), so know that this is a natural circumstance as a result of the heating cycle.

READ  Are ant control sprays an effective way to get rid of ants at home?

However, if ever a small fracture forms, it will widen at the height of the metal’s expansion. At that stage, it might allow water to leak through.

Whatever the cause is, though, water leaking is never a green flag. Call a professional plumber as soon as possible at the first sign of a leak.

If you have a standard atmospheric water heater, you may have to deal with burn marks. This indicates two things, both of which you should worry about.

The first possible reason for burn marks on the bottom of the heater is improper venting. This can cause backdrafts, which means the toxic fumes aren’t exiting the building.

If you fix it early, you may only need to fix the venting. If you fix it too late, it may cause the water heater to eventually fail.

The second possible reason comes from blocked or damaged flue pipes. You’ll need to replace your water heater in this case.

Too much mineral sediments settling at the bottom of the tank can also lead to cloudy water. A short-term fix could be installing a filter to make it clear.

However, as you’ve learned above, masking the real issue is a bad idea. If you don’t do something about the build-up, it will overwork the water heater.

To clear the sediments that have settled, your plumber will have to flush or drain your water heater. You’ll experience build-ups often if you have hard water in your area, so watch out for its symptoms so you can fix it with simple flushing.

Another cause for murky water is rusting on the inside of the tank. It can cause leaks and damages over time, and it’s a sign you’ll have to replace your heater soon.

Before doing that, make sure it doesn’t come from your pipes first. Do a simple test involving filling five-gallon buckets of hot water. If the water is still rusty by the third bucket, then the rusting most likely is on the inside of your tank and not on your piping.

Another symptom of mineral build-ups is popping noises. Such sounds come from the popping pockets of air in the sediment layer as the water boils.

READ  Moving: It's Not as Difficult as You Think

You might also hear some other unusual sounds coming from the heater. These are also indications that the water heater is nearing its end.

Like we’ve suggested above, get a flushing or draining service to get rid of the mineral deposits. Make sure you find a reputable contractor because an improper procedure can still cause build-ups. This company is a reliable one, so check it out.

Afterward, see if you can still hear these weird sounds. If so, you may have to replace your water heater.

While you can’t make sure the insides aren’t rusting yet, you can check the pressure relief valve or water inlet for rusts. Rusting around these parts are good indicators that rust has already taken hold of the insides.

They’re not good early indicators, though. Once the rusting gets to the valve, it often means it’s too late and you already have to replace your water heater.

Aside from the valve, look for other rusting parts, as well. If you see any, call a plumber to have it checked in full.

Is your water heater nearing 10 years of service? Then that’s a good sign it’s dying on you soon.

Most water heaters last between eight to 10 years, but the actual time to replace it may come before or after this.

Nonetheless, you should be looking out for signs and symptoms of water heater failure. If you want to be proactive in preventing damages, like property damage due to flooding, get a replacement now.

If you know the symptoms, you have higher chances of avoiding catastrophe. Remember the water heater failure signs above, and your family will thank you for saving them from thousands of dollars in bills.

But don’t stop there! Learn more on how to prevent more household issues by checking out our other articles.

How to Find Expert Residential Electricians for Your Needs?

Hiring a Professional Electrician vs DIY: Key Factors to Consider

Sambit Barua - July 3, 2020 0
If you live in a home with a small bedroom layout, then you're going to have to be very careful about the furniture that...