Home Travel Top 10 Haunted Places in Arizona You Must Visit

The haunted places in Arizona are the primary reason for many travelers coming here. It is much contrast to the metropolitan cities of the US and looks barren in many places. You will find a few people around the spooky places and gives you the perfect ambiance to explore. From hotels to saloons, there are plenty of unique spots for the eerie vibe.

Haunted Places in Arizona You Must Visit

Check out the top places you must visit in Arizona if you’re looking for a spooky vibe:

The famous mountains of Arizona locate outside of the Apache Junction. It is a popular place for locals of the valley and is also the people who can tell you the horror stories.

As per stories from visitors, these mountains are said to be the place where Lost Dutchman's Mine locates. Although visitors have been in the mountains, they have found mysterious lights from a distance.

Copper Queen Hotel is in Bisbee and includes a restaurant and hotel as well. It is known to be one of the most haunted places in Arizona and has been telecasted in plenty of paranormal TV shows.

According to stories, the hotel has many spirits and as reported by Haunted Rooms, there is one spirit that looks like an older man wearing a cape and top hat. People who have checked-in here have said that they have weirdly found the smell of cigar around the spirit. Noises of a little boy giggling and running footsteps around the hall have been heard from the rooms.

The theater locates in Tombstone and is known to be the town too tough to die. It has blood spilled history and had a large share of deaths.

The theater opened its gates on December 26, 1881, and was primarily a brothel, saloon, and gambling hall. But with years of operation, it has witnessed more than 16 gunfights, so it isn’t shocking to be one of the most haunted places in Arizona.

The Florence Prison has witness death sentences since 1910. As per the Arizona Department of Corrections official website, more than 100 inmates were executed in the last century.

The act is done in the confines of Florence’s first hoosegow, either by lethal injection, hanging, or putting people in gas chambers. Over the years, both guards and inmates have witnessed many instances where there were mists that look human-like. They have also heard screams and strange noises.

The place locates southeast of Kingman and takes you back to the story of a miner who lived with his family in a wooden shack. The man would leave home in search of food and mine from the mountains.

One day, the man didn’t return and the family began to starve. The kids started begging for food and were slowly dying, while the wife, Launa, was losing her sane self. In an impulse, she killed her children and tossed their bodies into a river nearby. She screamed and wept in remorse and her scream is said to still be heard within the Canyon and also in the blood-splatted house referred to as the ‘Slaughter House’.

The location was the reason behind establishing Wickenburg and that eventually led to developing Arizona’s central agricultural communities like Phoenix. However, there are many areas of this old mine that are reported as haunted. Visitors have smelt food being cooked and sounds of pans and pots at the background.

Hotel Congress is famous for its historic bar and was established in 1918. It is the same place where gangster John Dillinger was captured and it also witnessed many deaths.

The interiors of this place take you back to the 30s era. But if you are brave, you will test yourself by staying in one of these two-room numbers – 214 and 242.

In room no. 214, a resident of Hotel Congress killed himself and his spirit is said to be present there. While, in no. 242, a female ghost is known to wake up guests to talk to them at night.

A troubled ingénue, named Leone Jensen jumped down from the roof of Hotel San Carlos in May 1928. The suicide immediately made Phoenix a landmark to have haunted a hotel.

READ  Black, white, and orange are a great color combination for the fall season!

After the 25-year-old woman took the tragic plunge from this seven-story building, she became remembered in plenty of ghostly stories. Many people have seen the spirit roam around in the hallway. The hotel is one of the top places to visit when going for a ghost-hunting tour and is definitely one of the most haunted places in Arizona.

There is a Dark Cell at this historic park and unruly prisoners were kept there. It is said that there is a spirit of a young woman that pinches people who pass by.

While there are reports of ghostly inmates serving death sentences until now, the female spirit in a red dress plays a more spirited role!

Another woman is seen on moonlit nights, walking by the Colorado River. Here, she drowned more than a century ago while trying to save her daughter she still looks for.

The abandoned mines of Arizona have been the hotbed for eerie experiences and the town of Jerome has a lot to serve your paranormal desires. It is notably the most haunted town located in the southwest of Arizona and also the US.

It volunteers many ghost hunts that take you through abandoned buildings and restaurants like Haunted Hamburger where items go missing every now-and-then.

Jerome was called the ‘Wickedest Town in the West’ because the population here went from 15,000 to 450 after the ghostly experiences started increasing in this mining city.

When you’re planning to get into someone else’s territory, anybody will have a problem – even if they are not humans. When you plan a trip to Arizona you must keep in mind about the safety factors. Don’t end up hurting yourself or having a bad experience that makes you regret your choices. Finally, be absolutely sure of where you go and who you go with so that you're safe. 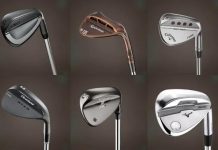 What Golf Wedges Do I Need? 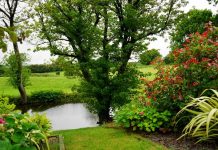 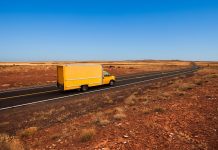 7 Factors to Consider Before Moving Out of State 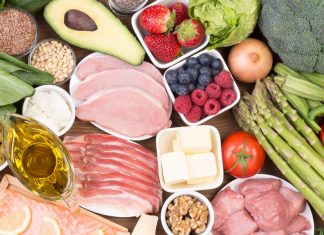 Are Shrimp Allowed On The Keto Diet?

Sarah Nova - August 4, 2020 0
For many people who love seafood, shrimp is mostly a top favorite. And if you love shrimps and you want to go on a...

Are Shrimp Allowed On The Keto Diet?