Wimbledon 2019 is underway and is already providing great entertainment, with a number of first-round surprise performances. The first two days have seen a number of shock exits, in both the men’s and women’s singles. Thus, Wimbledon 2019 betting odds are constantly changing, to reflect early departures from some of the favourites. Here, we round-up some of the biggest shocks from the first round at SW19.

He may have won the first set but the world number 5, Alexander Zverev suffered a shock defeat at the hands of Czech qualifier, Jiri Vesely, ranked 124th in the world. Zverev hasn’t been able to live up to his ‘up-and-coming’ tag, rarely shining in Grand Slam tournaments and he was brutally honest in his post-match interview:

“I didn’t lose this match on tennis. It’s just, yeah, my confidence is below zero right now.

“I have to win tennis matches outside Grand Slams to play well at the Grand Slams. I haven’t done it enough in the last few months, so… I have to change that.”

The current US and Australian Open champion, and world number 2, Naomi Osaka was stunned in the first round – losing in straight sets to Yulia Putintseva of Kazakhstan. Osaka told journalists she felt like she was “about to cry” after the match and cut short her interview with journalists. Having been two games up in the first set, things didn’t go to plan for Osaka who gained the unenviable record of becoming the first top-two seed to lose in the opening round at Wimbledon in the women’s singles since Martina Hingis in 2001.

Despite the match going to five sets and being dubbed one of the ‘next generation’ of men’s singles champions, Greek Stefanos Tsitsipas got knocked out at the earliest stage. Away from the top three, the seventh seed was considered one of the early favourites. Despite managing to save two match points in the fourth-set tie-break, he was pretty scathing about his performance:

“Something that we as the Next Gen players lack, including myself, is this consistency week by week.

“People expected things from me. I didn’t deliver.”

It was another first round exit at Wimbledon for the number 5 seed Dominic Thiem, losing at the hands of Sam Querrey, who’s provided countless shocks at SW19 over the years. Having made the final of the French Open, many had tipped Thiem to do well here, but despite winning the opening set, but Querrey struck back a commanding comeback, dropping just three games in the final two sets. Reacting this defeat, the world number 4 said:

“I mean, all the clay court season it takes a lot out of me. I gave everything what I had physically and also mentally in all these six weeks until the end of the French Open.

“Then I had to take the decision to come here without any preparation. Of course, it’s very tough to face Querrey, who loves grass, to face him in the first official grass court match for me of the year.”

Undoubtedly, the biggest shock of the round came when five-time single’s winner Venus Williams was knocked out in straight sets by a 15-year-old qualifier, Cori Gauff. The match saw the youngest player in the ladies’ singles, take on the oldest, with Williams 24-years her opponent’s senior. Gauff, who’s ranked 313th in the world had previously mentioned that the Williams sisters were her idols – and is the youngest player to have played in the main draw at Wimbledon in the Open era. In her post-match interview, the young American said:

“Venus told me congratulations and keep going, she said good luck and I told her thanks for everything she did,

“I wouldn’t be here if it wasn’t for her – I told her she was so inspiring and I’ve always wanted to tell her that but I’ve never had the guts to before.”

Golf Rules Every Beginner Should Be Aware about 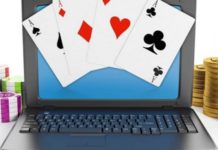 How to choose the best Australian online casino