Home For the Home Technology Is 3D Printing Finally Maturing?

3D printing has been around for a little while now. There is no denying that there’s lots of cool stuff to 3D print, and the fact that you can do so from your own home is mind-blowing. Many people predict that 3D printing will completely transform the consumer landscape and the way that we think about consumerism.

However, while there are some very impressive and complicated 3D printers out there, the average consumer model is still a long way from the lofty goals that have been proposed by 3d printing experts. For example, it has often been claimed that in the future, we will be 3D printing our own clothes, medicine, and maybe even food.

So, how close is 3D printing to maturity? Does it have anything to offer the average person right now? Let’s take a look at the key considerations for the 3d printed future..

A huge hurdle on the road from concept to consumer technology for 3d printing is standardisation and documentation. Standardisation means that modular devices are possible and replaceable parts can be manufactured in bulk. For devices as expensive as 3D printers, it is important that the whole 3d printing unit doesn’t need replacing just because one piece is broken. That would be stupid and terribly wasteful.

Documentation is important because it explains to the average user how this new 3d printing technology works. We don’t need manuals for our smartphones so much anymore because we are all exposed to them regularly and we understand them. However, 3D printing is completely new to most people and so they will have no concept of how it should be done.

One of the limiting factors with the earliest generation of 3D printers is that they are only able to utilize one type of material. If you regularly read a 3D printing blog, you will probably be aware that there are some more advanced 3D printers out there, albeit not available to the average consumer right now.

If we are ever to realize some of the most tantalizing promises of 3D printing, we will need printers that are capable of layering different materials on top of each other. In particular, we will need a way of incorporating conductive metals into 3D printed objects so that we can integrate circuits into them. This would open up some very exciting new 3d printing possibilities, but it seems this is a long way off.

This is another hugely important factor. 3D printing is receiving more attention than ever before and is receiving more investment accordingly. NASA has plans to 3D print a base on the moon. Meanwhile, a number of tech companies appear to be mulling over the idea of 3d printing modular electronics. 3D printing would be game-changing for producing electronics that can be upgraded and augmented.

3D printing is a technology that definitely has the potential to change the world. Is it there yet though? Ultimately, as cool as 3D printers are, they are still really just for geeks. 3d printers are getting cheaper and more accessible while the CAD software is also becoming more intuitive. However, right now there’s just not a lot for most people to 3d print. If you like technology, then you should definitely keep an eye on it and start reading 3D printing blogs online.

READ  How to Prevent Children from Being Addicted to Screens? 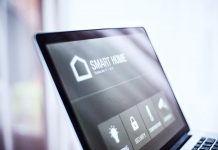 How to Integrate Smart Products into Your Home

Why You Should Use a VPN and How to Choose One?