In all my years of being a Pakistani, I have yet to meet a person who visited my country and did not fall in love with its local food options; choices which culminate into a rich culinary culture that has for long managed to impress a global audience base. And the amazing hospitality of the locals only serves to add to this wonderful experience – or so I’ve been told on many occasions by enthusiastic swaths of visitors (many of whom are left awestruck through their encounter with a significantly different – and tolerant – South Asian nation than what the mainstream media would have them believe).

Pakistan is home to a number of culture-enriched cities. From Lahore in Punjab to Karachi in Sindh, and from Peshawar in Khyber-Pakhtunkhwa to Mirpur in Azad Kashmir – all of these metropolitan centers boast a somewhat distinct heritage from their cultural peers. Together, they comprise a beautifully colored tapestry which paints an astonishing picture of the confluence of unity and diversity; of the merging of one with many.

The Food Culture of Pakistan – an Expose

Food in Pakistan is a phenomenon that merits experience – at least once in a lifetime. It has a history that fully justifies the way in which the locals honor their eating tables.

As most local culinary historians would relate, this chronology begins with the spread of Islam to the region, which is the religion of the majority in Pakistan. The stark prohibitions on consuming pork and alcohol in the Quran inspired Muslims to focus on other types of meats and food groups; including, for the most part, chicken and beef. Also, fish and vegetables have their own creative and dare I say tantalizing, usages in Pakistani cuisine.

The geographical region that cartographers know as Pakistan today was once under the rule of the Mughal Empire. It also remained a vital part of the British Indian Raj until the partition of the subcontinent in 1947. As a result, both Mughal and Indian (and to an extent anglophilic) influences are evident in Pakistani food dishes. The abundant incorporation of herbs, spices, and mewa (raisins, almond, and pistachio, etc.) in the local delicacies is a case in point.

Pakistani food also prominently features borrowed flavors from Persian, Afghani, and Continental European cuisines. All of these characteristics give a distinct and hybridized personality to Pakistani food dishes; with each meal offering a unique set of palatable, and sometimes even medicinal, profiles to its local aficionado.

A Look into the Regional Cuisines

Pakistan is comprised of four provinces. Each province – denoting a particular ethnic origin – comes with its own proud food culture.

Punjab is famous for its chapatti or roti; a flatbread prepared from wheat flour. Often, the locals tend to use other grains in its preparation. These commonly include maize, barley, and millet (among others). Punjabis also have a fondness for preparing elaborate feasts in which heady, aromatic curries take center-stage.

Sindhis, on the other hand, have a knack for cooking delicious fish (and other seafood) entrees. And this makes a lot of sense because the Sindh province occupies a major portion of the southern coastal region of the country; connected with the Arabian Sea. A lot of food-enthusiasts (or ‘foodies’, in today, ’s going parlance) also enjoy Sindhi food for its characteristic spice appeal.

In Balochistan, the locals use a special method of cooking entire bodies of lamb. The Baloch call it Sajji, the seemingly defiant name given to the resultant (and glorious) meat dish that it describes. In following through with the Sajji method of cooking, the locals place a skinned lamb (marinated and stuffed within an earthen vessel) into a deep pit burning with molten coal, and barbeque the meat till tender.

Like their Baloch compatriots down south, the Pashtuns of Khyber-Pakhtunkhwa also fancy devouring a lot of lamb meat. But their cooking style, in comparison, is less elaborate. These hardy northerners, in fact, like their food to be a little less spicy. And in comparison with Punjab’s roti, they eat Nan, an oven-baked bread. The nan is often paired with generous meat cubes; making the popular Nan-Kebab dish.

The Agricultural Background of Pakistani Food

The agriculture sector of Pakistan accounts for almost 30% of the country’s GDP. Pakistan is consistently ranked in the global list of the ‘Top 10’ producers of wheat, sugarcane, dates, mangoes, and oranges. The country is also the 13th top producer of rice.

As a primarily agricultural nation, it is no surprise to note then that Pakistan uses its variety of earthen produce creatively. Its large assortment of local vegetables and fruits bring a lot of unique flavors to the palate – often of the kinds that you won’t find anywhere else.

Now that we have some understanding regarding the background of Pakistan’s food culture, this is a good time as any to list a few irresistible local culinary items that comprise some of its star attractions!

READ  I rode Rockin Roller Coaster for the first time ever....I liked it so much I rode it again! 🎸

Lahoris are famous for being foodies. No matter what time of the day or night, you can always find something delicious to eat in their aptly named ‘Cultural Capital of the Nation’. Thanks to the famous Food Street installation in the ‘Old Walled City of Lahore’ area, you don’t actually have to roam about much to taste some of the best food items on offer.

And talking about the ‘best food’ provisions, no experience of the city is complete without eating its signature Paye dish. This delicacy is comprised of a hearty stew of specific animal (cow or goat) feet – cooked to perfection in a sumptuous gravy.

This dish is served in several locations in Lahore, with the most popular paye food joint being a shop in the city’s Heera Mandi compound called Phajjay like Siri Paye.


If you are a committed social media user, you may have come across the viral ‘Ande wala burger’ meme in your newsfeed – at one point or another. And if you are a little curious about its origin, then you will be interested to know that Karachi’s famous Bun Kebab ‘street treat’ inspired it. Both locals and tourists from around the world enjoy this fast food concoction – often to the point of chewing on their own fingers.

To put it simply, a bun kebab is a toned-down version of a western burger, but with a very different taste. Its cooks use a patty made from channa daal (chickpeas), which is further marinated in an egg wash mix and fried. Two buns (burger bread slices) hold this patty in place from both ends, along with layers of fried egg, ketchup, onions, and other condiments. Many people prefer to eat a snack with a chutney dip.

Paying fealty to the popularity of the Bub Kebab, even the country’s local McDonald’s outlets have recently started to sell their own rendition of the treat. And the delectable product, as can be expected, seems to be literally flying off of the burger press!

Charsi Tikka is one dish that you cannot afford to miss while in Peshawar – otherwise, the remembrance of it will haunt you till your next visit. This meaty dish is a combination of Afghani and Persian cuisines; always on the ready to get your taste buds salivating.

Tikka is the name generally given in the area to small boneless cubes of meat. It is similar to what many people identify as the meat grilled, barbequed, or baked on skewers. But locals like to serve this dish in a handi or karhai (variations of semi-circular/convex and partially deep cooking pots).

The Charsi Tikka House in Namak Mandi and several food joints that stud the renowned Qissa Khawani Bazaar in Peshawar are two famous destinations for experiencing this protein-rich delicacy – and bringing your inner carnivore to life.

Namkeen Gosht, also called Rosh, is essentially a Persian meat dish. Some Baloch nomads, as the legend goes, adopted the recipe during one of the long centuries of their cultural evolution –and it is now enthusiastically classed as one of the most famous food options of the region.

As per the dictates of the recipe, the meat is ceremoniously cooked in its own fat. This method gives the rosh cuts a different, yet deliciously captivating, flavor – all with the savory appeal of game meat, but without its overpowering smell.

After this long list of savories – and mostly meat dishes – I’m sure that you would like to know something about the dessert options available in Pakistani cuisine.

In this respect (and as a means of sweetening the palate), every province has some sugary delicacy to offer. But many see Multani Sohn Halwa as the country’s top-ranking dessert item. Even the locals like to stand in long queues to buy this sweet as a sogat (souvenir) when leaving after a trip to the city.

Sohn Halwa is a mix of sugar, milk, corn flour, water, and oil. Its recipe further calls for the addition of different condiments to evoke a range of flavors. These toppings usually include fistfuls of cashew nuts, walnuts, pistachios, raisins, and almonds.

On the whole, Pakistani cuisine presents an enticing amalgamation of religious, historical, and territorial influences. Its rich flavor (as mentioned) also pays homage to its beautiful diversity. The locals are welcoming of tourists, and go to great lengths to make their experiences of their homeland memorable.

If you’re planning on visiting the country, it might be a good idea to look up any available rental properties on websites like Prop.pk and others to ensure a comfortable stay. Additionally, you can also get in touch with local sponsors, who may be happy to let you reside in their domestic spaces for a more personalized encounter the ‘Land of the Pure’. 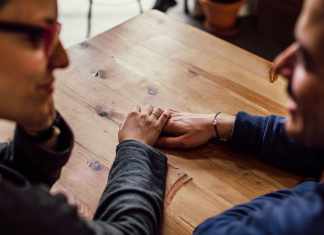