It is futile to live in a broken marriage as it impacts not only the two individuals tied in it but also their family members. When a marriage becomes toxic and irretrievable and both the husband and the wife wish to walk out of it, then the mutual consent divorce comes to the rescue as the quickest form of divorce. Mutual consent divorce is a divorce where the couple agrees to not to live together and wish to end their marriage in a friendly way. They refrain from putting any allegations against each other and together reach a settlement. For example, if a couple in Patna want to dissolve their marriage amicably due to some personal issues, they can with the help of a divorce lawyers in Patna present a mutual divorce petition before the Hon’ble court in Patna. In India, the fastest way of getting a divorce is through the mutual consent divorce as other contested forms can be time-consuming and cumbersome.

Petition to be Filed in which Court

The parties can file a joint petition in the city’s family court where they both last resided together or in the city where their marriage was validly ordained.

A signed joint petition is to be filed by the parties in the respective family court. It must contain a joint statement by both the parties that due to some differences, it has become impossible to reconcile their differences. This statement also deals with how the parties wish to divide their assets, resolve the issue of child custody, maintenance, etc.

After the filing of the petition, the parties have to appear with their respective counsels before the court on the date fixed by it.

The court evaluates the petition and the documents that are filed by the parties. If satisfied, the court asks to record the statements of the parties on oath. The court might also try to resolve and reconcile the marriage and on complete failure, it would proceed further.

The statement of both the parties recorded by the court after which a 6months period is given to the parties. When the 6 months period ends, the parties must file the second motion. This has to be filed within 18 months from the filing of the petition.

After the last motion’s lapse, if both parties still don’t want to reconcile their marriage, the parties may appear for the second motion. Their statement is also recorded for the consultation by the court.

The most important aspect of this divorce is free consent of both the parties. The court after satisfying itself completely court passes the order for dissolution of marriage.

The documents required for filing a mutual consent divorce include-

A mutual consent divorce can take an average time ranging from 6months to about 2 years.  But this time period depends upon facts and circumstances of each case. In a recent case, the SC ruled that the 6 months waiting period in the cases of a mutual consent divorce is not mandatory and can be waived off if it can be proved that there is no chance for a reconciliation of marriage.

A couple can break free from the clutches of a bad marriage with the help of a mutual consent divorce which is an amicable way to part ways. A mutual divorce petition can be filed by both the parties with the help of a divorce lawyer and issues related to child custody, distribution of assets, alimony, and maintenance can also be settled by through this petition.

READ  Looking for the Divorce Lawyer: Tips for Finding the Right One: 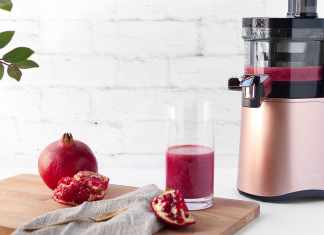