Home Recipes Cooking The Significance and Deliciousness of French Pastry

French cuisine has long been a favorite of international diners. Individuals from all corners of the globe have flocked to restaurants in France (and French-style eateries in their own countries) for a taste of unique, mouth-watering delicacies.

More specifically, French pastries serve as the “gold standard” of dessert for chefs—and diners—around the world. Whether you’re stepping into a Paris boulangerie,  a Caracas panaderia, or a San Diego bakery, French pastry is certain to be on the menu. The numerous flavors and sensations these baked items offer to diners have become staples of post-dinner selections around the globe.

Let’s take a look at why the treats are in perpetual high demand, the differences between French pastries and other desserts, and the stiff demands placed upon chefs who make French pastries!

French baking has been in constant demand for centuries now. The American Founding Father Benjamin Franklin noted and appreciated the nuances and characteristics of French cooking during his multiyear stay in the country as a wartime ambassador and negotiator. In more recent times, American actor Robert De Niro gained over 50 pounds for his role in Raging Bull, a classic Martin Scorsese-directed biopic, by living in France and indulging in French dishes and bakery.

So why has demand for French pastry remained constant over the course of multiple centuries? What other culinary trends have remained in place for a similar amount of time?

The answer to the first question is simple: quality. As is explored in the next section, French desserts are simply unsurpassed in quality. The second question is a bit more complicated, and there’s no definitive answer, but we can infer that it has something to do with the first’s answer. If the quality of a particular food or group of foods is tremendous, an all-time following can be developed.

A couple of key characteristics make French pastries and desserts different from all others in the world.

First is the complexity. Take macarons, for example, sandwich-style treats that are food colored and created with a meringue-based filling. From the cookies to the filling, as well as the coloring and the careful appearance-based details, there’s a lot that needs to be taken care of before customers are able to indulge.

Next, as French desserts have become more and more prominent, so too has competition amongst French chefs. This stiff competition has prompted all chefs, and particularly those who specialize in a specific discipline, to work hard, develop their skills, and evolve their dishes and foods. Fierce competition fosters impressive results, and for proof of the point, look no further than France’s foods and desserts.

Bluntly stated, lackluster pastry chefs are unable to earn a living in France; qualified, skillful professionals are ready and waiting to perform optimally in each of the available culinary positions.

Generally speaking, French chefs are paid well, and they receive much respect and acclaim, but they must work hard to experience these perks of the job.

Particularly in terms of pastries and desserts, domestic competition is ferocious, and international pressures—the yummy desserts out-of-town diners have enjoyed at home—make expectations very, very high. If bakery chefs fail to live up to these expectations, there’s a good chance that they won’t be in the business for much longer.

Hopefully, this information helped to make clear why French desserts and meals are as popular—and delicious—as they are.

Thanks for reading, and here’s to world-class French baking and cooking! 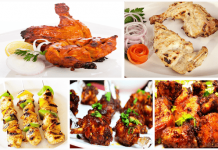 Things every traveler must check before buying a Travel Bag

mindmingles - June 2, 2020 0
The first few things that come across your mind while planning a trip is about the price of flights and hotels. Everyone started looking...

Things every traveler must check before buying a Travel Bag