Starting, usually, at the end of January, Valentine’s Day cards are everywhere. The shops are filled with them – even the supermarkets – kids are drawing them at school, crafters are making their own using Valentines svg images and fancy paper stock and basically, it’s impossible to get away from for weeks leading up to the big day.

Even at a time when most of us don’t send birthday or even Christmas cards anymore – why to waste a stamp when you can post a greeting on someone’s Facebook wall – physical Valentine’s cards are still a big deal. But how did it get this way? To answer that question you have to go back to the 17th century and the ancient English city of York.

There are a lot of fascinating historical objects housed within the walls of the York Castle Museum, among them what is thought to be the world’s first printed Valentine’s Day card, sent on February 12, 1797

It’s not the first card of its kind, as romantic Valentine’s Day cards had been around for some time, in handmade, hand-colored form. This one, however, sent from one Catherine Mossday, to a Mr. Brown was a printed design that had then been colored by its sender. The card is almost like the precursor for the world’s first Valentine’s SVG as well.

That first printed card was is quite a work of art. It features cupids, doves and scrolls, but oddly enough there is not a single heart, which is, of course, the single most popular Valentine’s image used today.

Sadly though, it does not seem as though the Mossday/Brown love affair was going well, as Catherine’s handwritten message to Mr. Brown in the card indicates he has ignored several previous requests to call on her and promises that “I have something particular to say to you” if he would only come to visit her on “Sunday next without fail”. (In the social mores of the 18th century, it just was not proper for a lady to call on a gentleman.) It’s not known if the card changed his mind, but as it is such a pretty thoughtful thing we really hope it did!

By 1810, the printed Valentine’s Day card had become a real hit, and the first companies were emerging to mass produce them. These cards were far more elaborate than the ones you find in the shops today though. They often featured, in addition to some very intricate printed designs, ribbons, bows and even a ‘lace pattern’ that was created by piercing the paper with a sharp needle.

As they are so impressive, it’s no surprise that many crafters prefer to try and replicate these vintage Valentines themselves rather than opting for a store-bought the card. And the good news is doing so is not as difficult as you might think.

In fact, all you need to make up to four vintage Valentines Day cards are:

READ  Unique and Cool Christmas Gifts for Your Parents

You may be wondering why you need a tea bag for card craft. But that is actually the cleverest part, as it can be used to create an aged effect on your cardstock that appears very authentic.

To do that steep one tea bag in boiling water and let it sit for five minutes. Using a foam brush, paint the tea onto the cardstock using uneven strokes.  Variance in color creates an authentic look so there is no need to be too neat or precise.

After it has been allowed to dry for a few hours print out your images onto the white cardstock, cut them out and then, along with lace, ribbon or yarn you can use your imagination to create a vintage Valentine’s Day card that will be 100% unique and sure to be appreciated by whoever the lucky recipient eventually is!

Unique Gift Ideas For The Sports Fan In Your Life 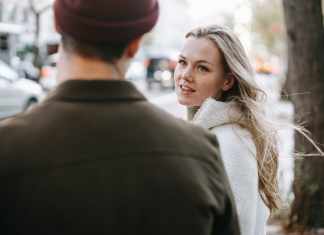 Shusree Mukherjee - April 10, 2021 0
Have you recently met your dream girl? Is she showing signs she is developing feelings for you? Are you scared to approach her with...