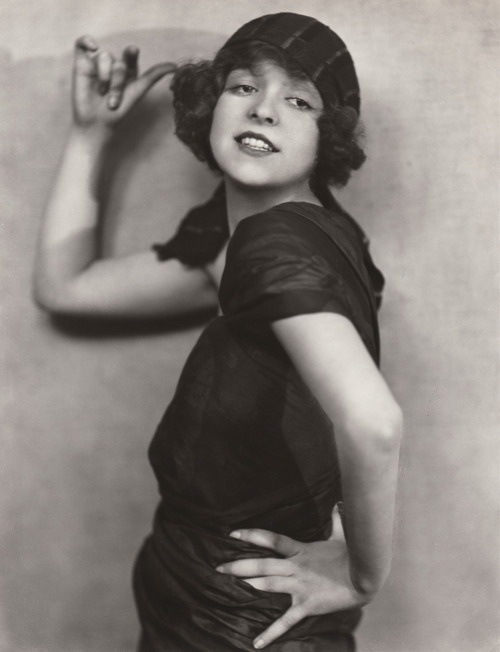 The second decade of the twentieth century is one of the only two decades that has its own adjective, and that adjective is “roaring”. It’s The Roaring 20’s and the country is flourishing! But the economy isn’t the only thing roaring: Henry Ford ignites the auto industry, radio unifies the nation and Charles Lindbergh ushers in the era of aviation.

And because women had been pushing the vote prior to this (only men had the vote) they did a trade off –  women agreed to help the war effort in exchange for the right to vote. In 1914 millions of women moved into war service and in doing so they changed fashion forever!

The 1920’s was the real birth of the modern woman. Women were voting, women were showing off their legs and women were also wearing pants. There were a myriad of things women had to do to be able to work. Hair needed to be cut short for the machinery and they needed a uniform or utilitarian outfit they could put on simply with no complications, much unlike the complicated garments women wore pre-war.

As a response to women cutting their hair for work, Hollywood had also introduced short hair for their film stars. Film stars had a famous bob cut and it was copied all over the world. And what went with that cut? Fabulous plush hats, headbands and scarves. Women were so used to having complicated hairdos, and because there wasn’t much you could do with bobbed hair, because of its limited length, this was a way of adding interest to hair that was too short to style.

The second major change occurred after World War I ended. And that was quite simply, the shortage of men. So many hundreds of thousands of men were killed or wounded that women found themselves outnumbering men considerably. So what did they resort to? Attractiveness. The more attractive you were, the more likely you were to find one of these scarce men. And how did they achieve attractiveness? Through the cosmetic industry. The cosmetic industry takes off in the 20’s and makes the beauty of this decade and all subsequent decades, achievable. It was all about a heavy smokey eye, bee stung red lips and downward sloping eyebrows thinly drawn.

The third major influence came as jazz music. Jazz and dance music changed the face of fashion forever. Soldiers and their girlfriends wanted something to relax to, to entertain them. They were dancing and shimmying away in a new costume. The advent of the 1920’s saw the most daring dresses of the century, one of them being The Flapper Dress.

Another, being The Little Black Dress, given to us by Coco Chanel. The name “Flapper” was given to a young girl before she became a debutante and then it was universally taken over to mean all the young girls of that decade. The term flapper dates back as early as the 1890’s likening “modern” young women to baby birds, flapping their wings as they learn to fly.

A flapper dress is amazingly different to the pre-1914 styles. For one thing, it could be lifted off in an instant. With it’s frills in abundance, short skirt, covering modestly by extended fringe that went to the ankle— it was a very lively, easy going dress. Best when complimented by strings of pearls and soft plush felt hats to compliment the trending bobs, the idea behind the flapper dress was that you could be a knock out but dance the night away with ease, wearing the dress to any function from about 1922.

READ  The Importance of "Vitamin for Skin"

These styles are making a comeback, or perhaps even arguably have never left. This is true and no abstruse fact when it comes to makeup. The smoky eye has never gone out of style but has only evolved with time, not deviating too much from the 1920’s prototype. In recent years, magazines have been seen publishing editorials that promote a smokey eye with a bold red lip, much like the flapper girl dynasty.

In terms of footwear, after the war, leather shoes were far too expensive so people bought wooden shoes. Now Jeffrey Campbell wooden mules litter every fashion magazine. Neiman Marcus and Forever 21 have a vast selection of fringe dresses ranging from $30.00- $1000.00 some that resemble precious vintage pieces, to others that have a more modern edge to them. And who can ignore vintage hair accessories with lace, pearls and peacock adornments that are all over Etsy and Ebay. Even more interesting, The Roaring 20’s can be seen in not only trends and fashion but also trending as the ultimate themed party.

Historically, The Roaring 20’s generation was ultimately the party generation, back then the parties were bigger, the morals were looser, and the liquor was cheaper. But now it is said that the millennials are the party generation. Because of this, it wouldn’t be uncommon for people to see this parallel and for us to welcome a wave of themed parties that show us how to party like it’s Prohibition. Cocktails and vintage costumes really set the scene for a party reminiscent of The Great Gatsby. With a plethora of tips on how to throw a wonderful Roaring 20’s themed party on YouTube, Pinterest and articles on Google one can see how easy it can be to throw a party like this. It all started when everyone was excited for The Great Gatsby to hit theatres 5 years ago and now a Roaring 20’s party is one of top 5 themed parties to throw for proms, birthdays, New Years and Halloween parties. Extravagant style, a lot of alcohol, rich in history, what’s not to like? One can’t help but wonder who wouldn’t want to bask in the memories of their special occasion that gave a glimpse into a very glamorous era.

How to Choose Swimsuits by Body Type

Factors To Consider Before Buying A Hat

Can You Have Your Adult Criminal Records Expunged?

Things That You Should Know If You Are Unsure of Visiting...

Places to Visit in Hong Kong That Will Make Your Trip...

mindmingles - June 15, 2021 0
Nobody is perfect. We have all heard this before, and we know it is real. Instead of obsessing about your imperfection, why not turn...