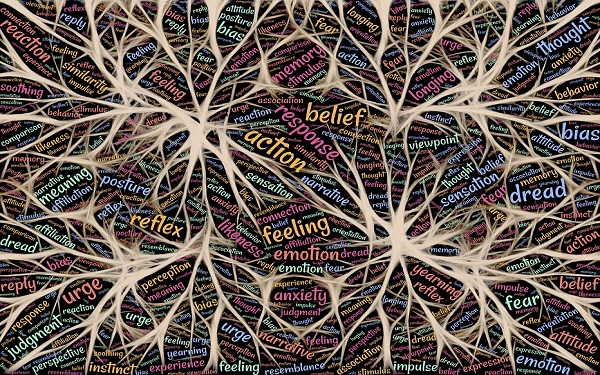 It is a known fact that exercising consistently does so many things for our bodies and appearance. One area that is often overlooked is the nervous system and our brain activity.

The brain is one of those hypothetical areas of our body that still remains a mystery in so many ways. The ability of our brain to reconnect, and continually adapt to problems and even solutions is what makes it remain a mystery. We all use our brains in different ways but yet it is the most powerful organ (some say even muscle) of the body.

Recent evidence has concluded that continual exercise can change the brain to improve memory, and thinking skills. It also has profound effects on depression and dementia, to even include preventing loss of tissue in the brain.

With all this mounting evidence with improving cognition, memory, anxiety, and overall health of the body by losing weight, it is a wonder why anyone would take the chance of not benefitting by this natural medicine.

Exercise continues to benefit in many ways throughout our lives. Not only making us look and feel better by helping with anxiety and losing weight but also having documented effects on our cognitive skills.

In a recent study in 2014 from the Neurology online issue, it showed that verbal memory, faster psychomotor speeds, and improved executive function scores at 43 to 55 years of age to correlate with better aerobic fitness 25 years proceeding. They took treadmill and cognitive tests 20-25 years earlier and then compared at a later date with ones that did and did not exercise. .

It also has been known for years that BDNF ( brain derived neurotrophic factor ) Is released after physical exercise and allows for neurogenesis which creates new brain cells.  Neurogenesis aids in reducing the chance for dementia and increasing cognition factors.

Aerobic activities are one of the best ways to get get the heart rate up and burn fat. One of the objectives is to do short gapping high intensity workouts intermittently with lower intensity.

This allows to really rev up your engine, boost mental function, increase metabolism, and get everything moving in your body. Some aerobic activities are running, bicycling, jogging, and miscellaneous aerobic workout classes.

Increasing or enhancing the brain cells has been shown in research on adult mice with continuous exercise. These brain cells, which have been shown to grow particularly in the hippocampus area are know to help in preventing dementia. At this moment, every 4 seconds there is a new person in this world diagnosed with dementia.

The mice in the study were subjected to running on wheels and shown to develop twice the normal number of new neurons and also presented an increased ability to distinguish new objects from familiar ones.

Alleviating Anxiety by Exercise and Running

Physical stress on the body seems like it would give us more anxiety but indeed it is the opposite. However, maybe not at first if you have been sitting on the couch with one hand in the chip bag and the only exercise you get is moving your fingers up and down the remote.

Then in fact, the physical stress might be a little hard at first and it is better to ease into the workout.  Over time your body will tolerate the effects and will indeed benefit from the stress reducing symptoms of aerobic exercise

How does it Help Reduce anxiety?

On a neurochemical level, aerobic exercise reduces adrenaline and cortisol, which are our stress hormones and at the same time it increases the endorphins that give us the natural high after a strenuous workout.

There are other behavioral and social factors that influence our positive vibes from exercise as well. Once the pounds start melting away then we normally gain more self confidence and have better views toward more conflicting situations.

Also, a lot of aerobic activities allow you to be more involved in social situations which help you release stress by belonging to something and also communicating. There is mounting evidence that sitting on a couch all by your lonesome is one of the most unhealthiest things you can do to yourself even minus taking into consideration being sedentary.

Other studies associated with running and exercising outside have had similar results. These studies showed enormous benefits for the physical and mental well-being of individuals while doing exercise outside. Being in wide open spaces allows for more relaxed thoughts and serotonin increases ( which is a mood regulator) when working or exercising outside in nature.

Wendy is a super-connector with Outreachmama who helps businesses find their audience online through outreach, partnerships, and networking. She frequently writes about the latest advancements in digital marketing and focuses her efforts on developing customized blogger outreach plans depending on the industry and competition.

5 Things To Consider Before You Choose Your Personal Trainer

Benefits of Morning Walk: Walking Is the Best Exercise of All

Top Features of Your Modern Home to Upgrade

Pave the Way to a Beautiful Landscape with Pavers

Sambit Barua - July 23, 2021 0
Did you know that the average American spends over 34 hours a week toiling away their time at work? Working hard is great and...