Home Lifestyle 5 Common Pizza Myths You Must Not Fall For 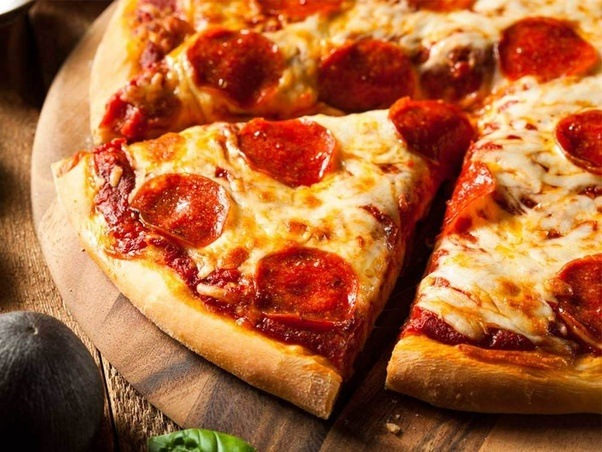 There are many myths and stories revolving around the term Pizza. Be it the origin of pizza, or the ideal way to eat it, its relation with cheese or San Marzano tomatoes.
Well, there are numerous areas that cultivate a lot of gossip, so to speak. Hence, to clear the air out a bit, I will discuss 5 common myths about Pizzas that will clear your doubtful mind and give you something new to ponder upon.

1) Pizza was invented in Italy. Period.

It is OK to assume Pizza to be a pure Italian dish. However, you must keep an open mind as you proceed reading ahead.

Although Naples is considered to be the birthplace of pizzas, however there is a strong Greek connection to the origin story. The Naples and Greek connection is simple, it was the Greek trade port in Italy.

As per Carol Helstosky, “The broadest definition of pizza is a yeasted flatbread with ingredients baked into it. That had its origins with the Greeks”.
Case in point, as recorded in the books of history, Greeks were the first to actually bake the flatbread, long before Naples was even in the scene.

Helstosky adds, “There’s archaeological evidence of bread ovens and pictorial and visual evidence of what appears to be flatbread with spots on them. The ancient Greeks’ bread, called plakuntos, became a meal by itself.”

Well, Pizza might have surely been popularized by the Italian kind, but Greeks were surely the first to create and consume it, pre-commercialization.

2) Pizza without cheese is not a Pizza

See also  How to choose preschool in Avenue U

Myth number two had to be the preconceived thought of pizza without cheese not being considered as a pizza.

3) Hawaiian Pizza was invented by a Hawaiian

Whenever a food item is associated with the name of a place, people often assume it to belong to that place. Case in point, for French Fries, it surely made sense. However, it’s not a universal logic. Coming back to Hawaiian Pizza, well, it was created by a Canadian Pizza maker (restaurant from Ontario).

Well, this myth is surely a long lasting one. As far as I have read about this controversy, I don’t accept the fact that the letter that hangs in Pizzeria Brandi is authentic. As per a blog from www.firstwefeat.com, Zachary Nowak has cracked that foundation.

Through studying the seal on the letter and comparing the handwriting to other documents written by the letter’s supposed author, Nowak concludes the letter is a forgery.


5) You get the best Pepperoni Pizza in Italy.

In case you are in a lookout for the best pepperoni pizza in Italy, well, you will be surprised with what you receive. Pepperoni i.e. beef and pork meat chunks are actually an American creation. In Italy a Pepperoni pizza simply serves you a pizza topped with bell pepper of different kind. So you get dome of the tastiest pizzas in America.

outwaynetwork - August 5, 2021 0
A winter mainstay: the men’s outer jackets or bubble jacket is the perfect fashion accessory for colder weather. Whether you’re wearing it for fashion,...