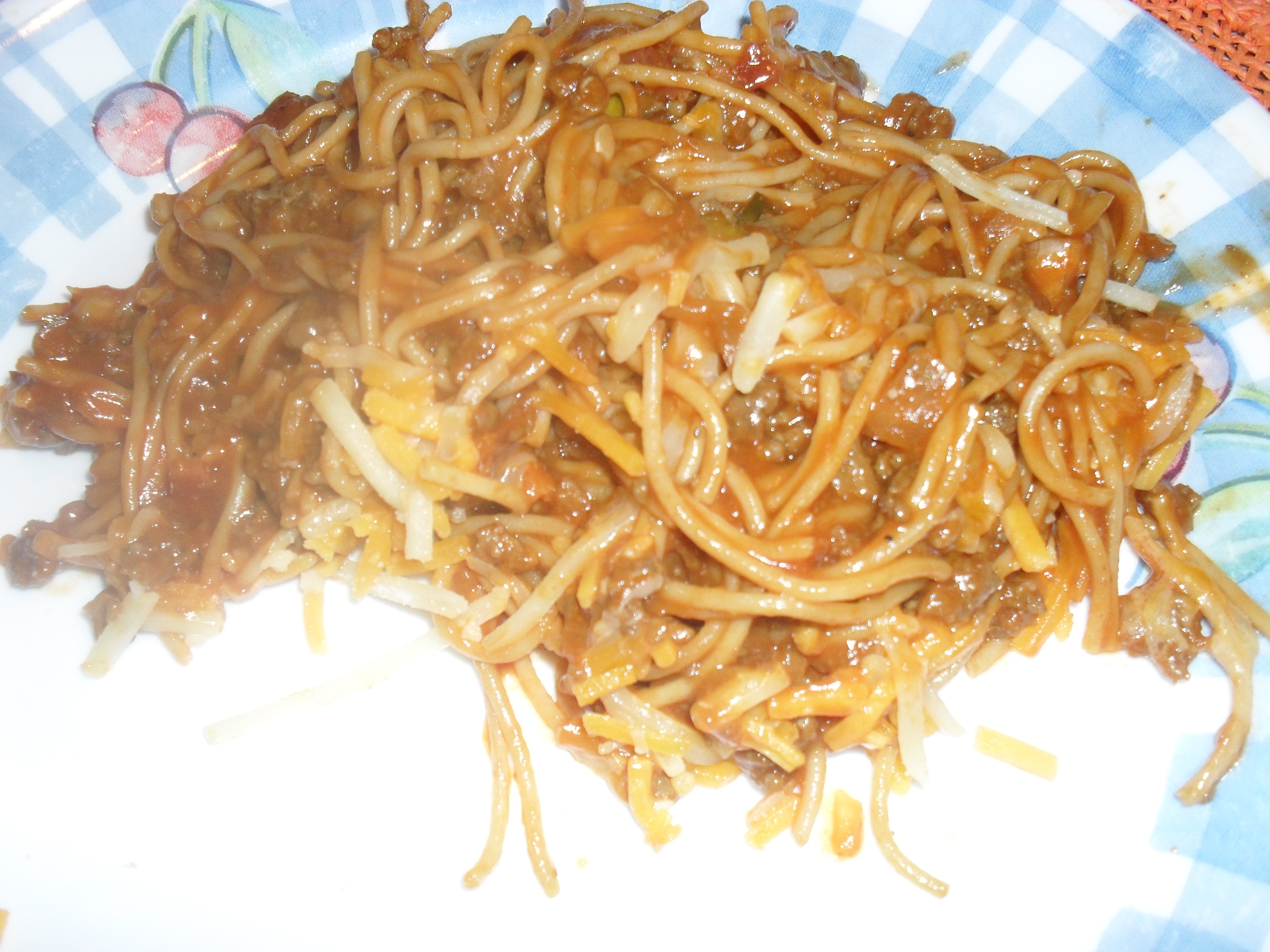 With my diet, I have ruled out fast food. I have not had fast food fries, cheeseburgers or chicken nuggets in a year! It definitely feels great that I have been able to resist the temptation from fast food. Sometimes though, when I pass a McDonalds, Arby’s or Burger King, I still get a craving for those greasy fries and cheeseburgers with extra sauce! I was fortunate enough to find this recipe that satisfied my cravings.

I already had all the ingredients in my house, so I was very pleased I did not have to run to the store. It also used up some of my pasta stash. This recipe takes about a half hour to cook and before you know it, dinner is served. It is VERY filling and makes delicious leftovers. I can also see this being a fun dish for kids to help make and enjoy eating! So next time I pass that fast food sign, I can happily go home and cook this appetizing dish without all of the grease!

The ingredients: I had all of this already around the house

Boil the spaghetti noodles according to package

Drain and return to pan

In a skillet, brown ground beef adding onion and drain

Return to pan and stir in the bacon, ketchup, pickles, barbecue sauce and mustard

Bring to a boil, reduce heat and simmer for 5 minutes

Make sure the spaghetti is drained, then add to the meat mixture

Sprinkle with cheese. Remove from the heat. Cover and let stand until cheese is melted

Types of Vodka: Complete Guide to Understand the Differences